Complaints to launch the Ministry of Communications & ldquo; Problem Evaluation Survey & RDQUO ;. It is reported that the survey is not recalling related vehicles.It is concerned that there is potential difficulties involving vehicles in the windshield density and defrosting, which in turn affects the visibility of the driver.

The local official department has been in contact with Tesla, which is expected to be a solution will now be given.

In addition, it is worth paying attention. Previously, there were also Canadian owners broke the news, Tesra Model Y and Model 3 were prone to heat pump failure in cold climate environments, and Tesla has issued a statement that it has been solved by OTA.

Nowadays, North America has car owners say it once again encounters such faults, in very low temperature environments,After turning on the heat pump system, the vehicle will make alert, there is no heat in the car, and if you don't know in advance, you may be trapped in a low temperature remote area, there is a certain safety hazard.

Tesla, said that the cause of the fault may be just because the condensed ice is blocked near the front air inlet near the windshield, causing an error in the heat pump system sensor, it is recommended to use a preheating function to thaw or manually remove the intake port.

Further, the heat pump does not generate heat, but is delivered to a particular region by the system. The compressor delivers the refrigerant to the system by electricity and captures heat in the outside, and then heats heat to the inside of the vehicle.

at the same time,This heat pump can generate 3 kW thermal energy only with an electric energy of 1 kW.The heating efficiency is very efficient. The heat pump is better than that of directly heating the PTC resistance, and it does not cost too many vehicles battery power. 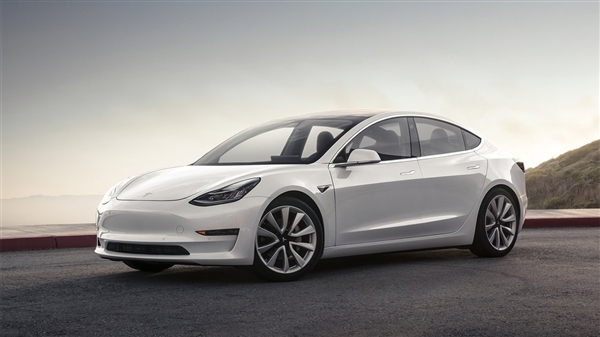 Related news
Musk: Tesla pickup can float like a boat when wading
Charge 5 minutes to run 120 kilometers! Tesla's 250KW power charging real shot
Foreign media: Tesla 4680 battery can be charged to 80% in 15 minutes
1kW electric energy produces 3KW heat? Frequent failure of Tesla heat pump and suspected software vulnerability
1KW electric energy production 3KW heat Tesla hot pump low temperature hidden dangers were investigated
Hot news this week
Zhao Lijian responded to the British "blocking" Huawei: generalizing the concept of national security harms others and harms themselves
Zhao lijian said the UK's decision to block Huawei under PRESSURE from the US was damaging others and not benefiting itself
Half a billion! Pay treasure collect five blessing to come: exceed 50 thousand people collect qi have you
Behind Microsoft's acquisition of Blizzard: Intended to build a super game carrier, SONY is the most hurt
Behind the exposed layoffs, China has praised the loss growth, and the stock price has fallen 67% in three months.
Mediatek's 40% share topped the mobile SoC market, leading for six consecutive quarters, followed by Qualcomm and Apple
The largest transaction in Microsoft's history! Hao Zhi 436.1 billion cash acquisition moving blizzard
Microsoft's $68.7 billion acquisition of Activision Blizzard became the largest acquisition in the company's history
Huawei applied for the Tianchi trademark again, and the international classification is scientific instruments and website services
Cait: it is not recommended to take quarantine measures directly for travel card users with asterisks
The most popular news this week
7 years! The classic control panel doesn't die: Windows 11 takes another step back
Good start! China's software business revenue increased by 17.7% to 9,499.4 billion yuan in 2021
Microsoft Surface Pro 8 pushes the January driver update
How hard does the physics teacher work in class? Dismantle your own iPhone and induction cooker for students to see
Huawei applied for the registration of petal series trademarks
Tencent, China Merchants Port established The Port teng Internet technology company, registered capital of 50 million
Xiaomi applying for a Mibao trademark, international classification is a financial property management
The first 3nm chip Apple's new processor exposure: the iPhone 14 is embarrassing
"Made in Germany" Tesla online can be "installed" more than made in China
Shoulder to shoulder with the iPad mini! Xiaomi giant screen Snapdragon 8 flagship first exposure: stunning