Breakthrough: Chinese scientists have discovered and confirmed the boson exotic metal for the first time 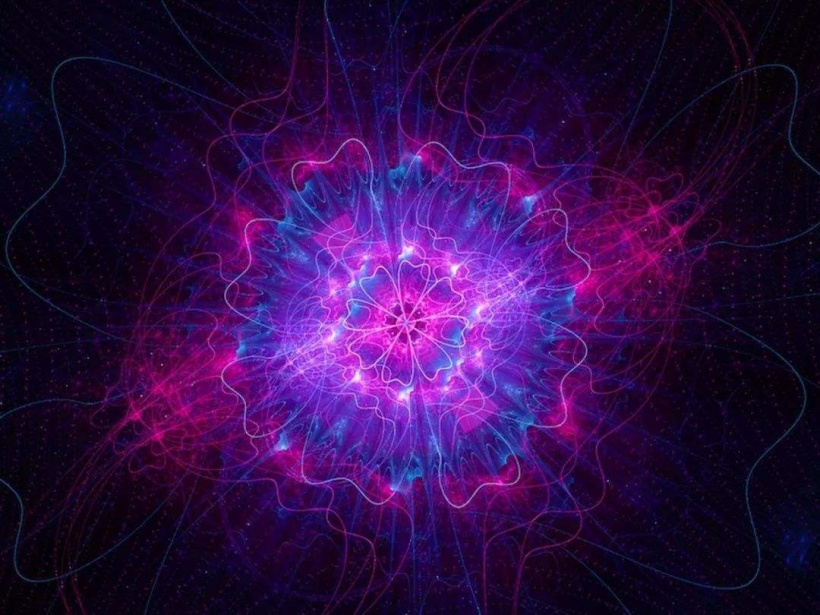 IT Home learned that the work was completed by The team of Academician Li Yanrong from the State Key Laboratory of Electronic Thin Films and Integrated Devices, University of Electronic Science and Technology of China (UESTC), with Doctoral student Yang Chao as the first author and Professor Xiong Jie as the first corresponding author.This is another major discovery made by the team in the field of quantum technology, following their first reported experimental discovery of quantum metal states in Science in 2019.

Elementary particles in the universe are divided into fermions and bosons.Among them, the development of electronic industry and devices on which human society currently depends is almost entirely based on fermionic system. However, due to high energy consumption and large loss, the physical size has reached its limit, and the bottleneck problem of continuous improvement of performance is faced, which cannot meet the rapidly growing demand for information transmission. Boson devices, represented by high temperature superconductors, have perfect zero-loss energy transfer characteristics, which is expected to bring revolutionary changes in electronic information industry. Strange metals, as their name suggests, are different from ordinary metals in that their resistivity is proportional to temperature, and exist in copper-based high-temperature superconductors. They are a new state of matter with highly quantum entanglement between electrons, and their disorder tends to the limit of quantum mechanics.Scientists discovered fermion strange metals 30 years ago, but the existence of boson strange metals has long been a scientific conundrum.

The research group of Academician Li Yanrong and Professor Xiong Jie from UESTC, in collaboration with professor James M. Valles Jr from Brown University, Academician Xie Xincheng and Professor Wang Jian from Peking University, researcher Liu Haiwen from Beijing Normal University, sichuan University and other collaborators, successfully broke through the limitation of Fermion system. Strange metal states were induced in boson system for the first time. The research team by precisely building nano-mesh array in HTS YBCO film, achieving the boson coherence, dissipative energy and other properties of cross-scale regulation, in the critical region of quantum phase transition resistance with temperature and magnetic field linear change of singular metal states. At the same time, the Hall resistance of the system decreases sharply to zero below the critical superconducting temperature, and h / 2E superconducting quantum magnetoresistance oscillation associated with The Cooper electron pair exists, which proves that the carrier of the system is a boson.By scaling analysis, it is found that the resistance of the boson strange metal is determined by the simple linear addition of temperature and magnetic field, which proves that the resistance in the quantum critical region is independent of the internal energy scale of the system, satisfying the relationship of invariant scale, and reveals that the boson strange dynamic behavior exists in the quantum critical region.The complete phase diagram of the boson singular metal is established and the physical picture of the dissipative quantum phase transformation of the boson system is explained.

Chandra M. Varma, an internationally renowned theoretical physicist and academician of the American Academy of Sciences, published a special comment article, highly appraised the discovery of the boson strange metal as a major breakthrough in the field of condensed matter physics. Nature reviewers praised this work as a transformative result leading the development of quantum theory. At the same time, Nature published a review article on the highlights of the topic, commenting that this work breaks through the existing cognitive framework of singular metal states and disordered superconductors, and will promote the field of condensed matter physics to take a big step forward. This finding for understanding the singular metal physics of condensed matter physics, reveals the universality of the singular metal, perfecting the quantum phase transition theory laid the important scientific basis, to reveal the effect of dissipation on the boson quantum coherence of the quantitative influence, promote future low-energy superconducting quantum computing and high sensitive detection technology development is of important theoretical and practical significance.

Related news
The English name of Chinese liquor has been changed: Chinese Baijiu has been officially launched
Breakthrough: Chinese scientists have discovered and confirmed the boson exotic metal for the first time
Hot news this week
The developer of the dating app Tinder has reached an agreement with Google over billing rules for its app store
Red Elf Lightning erupts in the Himalayas Spectacular Spectacle: Experts Reveal What Exactly Is This?
The founder of the Internet Quick Hand Su Hua was taken away for investigation, and the fast hand responded: the news was not true
Or for Studio Display Pro, the release of Apple's 27-inch Mini LED-backlit Display has been delayed by October
One picture to understand! Blue Factory has issued 3 new machines in a row: self-developed chip blessing, the narrowest lower border
Tencent established a smart technology company in Chengdu, and its business scope includes Internet data services
Economist credit card monthly bill $11.4! Only paying for a purchase of Tencent Music, the account manager is busy "condolences"
I once touched the ceiling of the mobile phone screen! Well-known brands announced that the new flagship is the first to carry the Snapdragon 8+
Or has it been spread insidiously in Communities in Europe and the United States: Should We Be Worried About Monkeypox? Experts demystify
Huawei and the Chinese Academy of Sciences jointly developed the new 3D DRAM solution is expected to break through the key root technology of storage
The most popular news this week
Chinese director short film Cannes won the award: the cost of 5,000 yuan took 10 days to make the work super high reputation
Two new characters! Original Gods version 2.7 pre-download has been enabled
The 780 billion "oil leader" CNOOC rose and fell in the intraday, and the stock price hit a new high since its listing
The largest acquisition case in the history of 400 billion chips Chen Fuyang and Dell only used to meet
Visual China responded to 8 yuan Audi photo questioning: 1500 yuan for sale, the original author only received 2 yuan
Musk: The U.S. recession "is actually a good thing"
Online literature lost 6.2 billion yuan due to piracy last year? 522 online writers signed a petition against piracy
Baidu opened up nearly 15% and Alibaba opened up more than 12% in Hong Kong
Game cards sell crazy and make a lot of money! NV's fiscal first quarter revenue increased 46% year-over-year
Apple's iOS 16 Ultimate video leak will add a ton of utility features