Released last July, the Steam Deck console uses AMD's 7nm APU chip and claims to be able to run all PC games on the platform.

This morning (January 14th), the Steam China website was updated with an update,It is confirmed that Steam Deck will be shipped before the end of February as scheduled. The production version is being scaled up, along with some of the first machines for internal testing and evaluation, which claim to be fantastic。 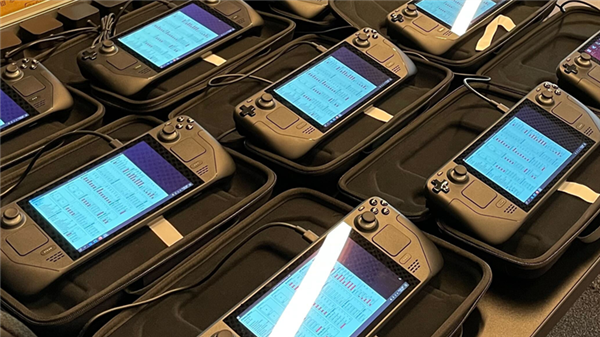 Fast Tech has noticed that the Steam Deck Chinese page has also been launched, but unfortunately there is no commercial version yet.

According to the developers, shadow of the tomb raider, doom, cyberpunk 2077, DOTA2 and other games have been tested at around 60FPS with medium effects. If the screen demand is high, you can start with the base output 4K 120Hz or 8K 60Hz

Related news
Taptap can't be a Chinese mobile game version of steam
From the perspective of hardware, why I don't like the steam handset
Play half of life on Steam Deck! Throw away your mobile phone
Steam China sun Deck handheld mass production version: all PC games
Hot news this week
Zhao Lijian responded to the British "blocking" Huawei: generalizing the concept of national security harms others and harms themselves
Zhao lijian said the UK's decision to block Huawei under PRESSURE from the US was damaging others and not benefiting itself
Half a billion! Pay treasure collect five blessing to come: exceed 50 thousand people collect qi have you
Behind Microsoft's acquisition of Blizzard: Intended to build a super game carrier, SONY is the most hurt
Behind the exposed layoffs, China has praised the loss growth, and the stock price has fallen 67% in three months.
Mediatek's 40% share topped the mobile SoC market, leading for six consecutive quarters, followed by Qualcomm and Apple
The largest transaction in Microsoft's history! Hao Zhi 436.1 billion cash acquisition moving blizzard
Microsoft's $68.7 billion acquisition of Activision Blizzard became the largest acquisition in the company's history
Huawei applied for the Tianchi trademark again, and the international classification is scientific instruments and website services
Cait: it is not recommended to take quarantine measures directly for travel card users with asterisks
The most popular news this week
7 years! The classic control panel doesn't die: Windows 11 takes another step back
China aerospace Power new engine verification success! Full proprietary right
Ali responded to Youku shareholder change: internal normal adjustment
WeChat red envelope cover supports fission distribution: you can receive the same model when grabbing red packets
The most comprehensive summary! Apple will release the most equipment in history this year.
Microsoft forced upgrade Windows 10 20H2: It also uses machine learning
VR/AR global invention patent ranking TOP100: Samsung, Tencent, baidu top 3
Good start! China's software business revenue increased by 17.7% to 9,499.4 billion yuan in 2021
Microsoft Surface Pro 8 pushes the January driver update
How hard does the physics teacher work in class? Dismantle your own iPhone and induction cooker for students to see