This notebook model is similar to traditional products, but the screen, the center of the keyboard has a gap for folding. As shown in the figure, the gap in the center of the screen is more obvious, and it is expected that the flexible folding screen is not used, but the two separate screens are spliced together. 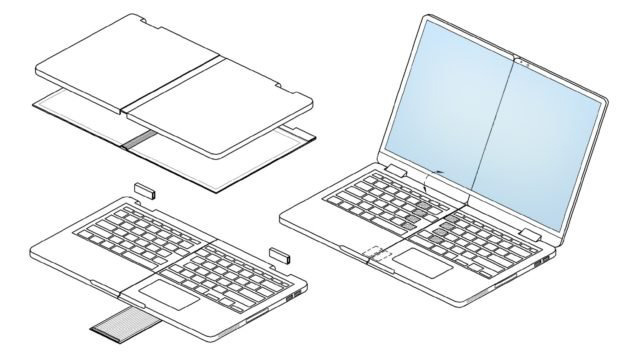 Another picture shows the internal structure of the notebook, folding. The keyboard of the product can be separated, and the left and right parts have independent batteries, which are magneised, and there is metal contacts in the center. The left half of the keyboard integrates core devices such as computer processors, microcontrollers, power modules, and less right half parts. 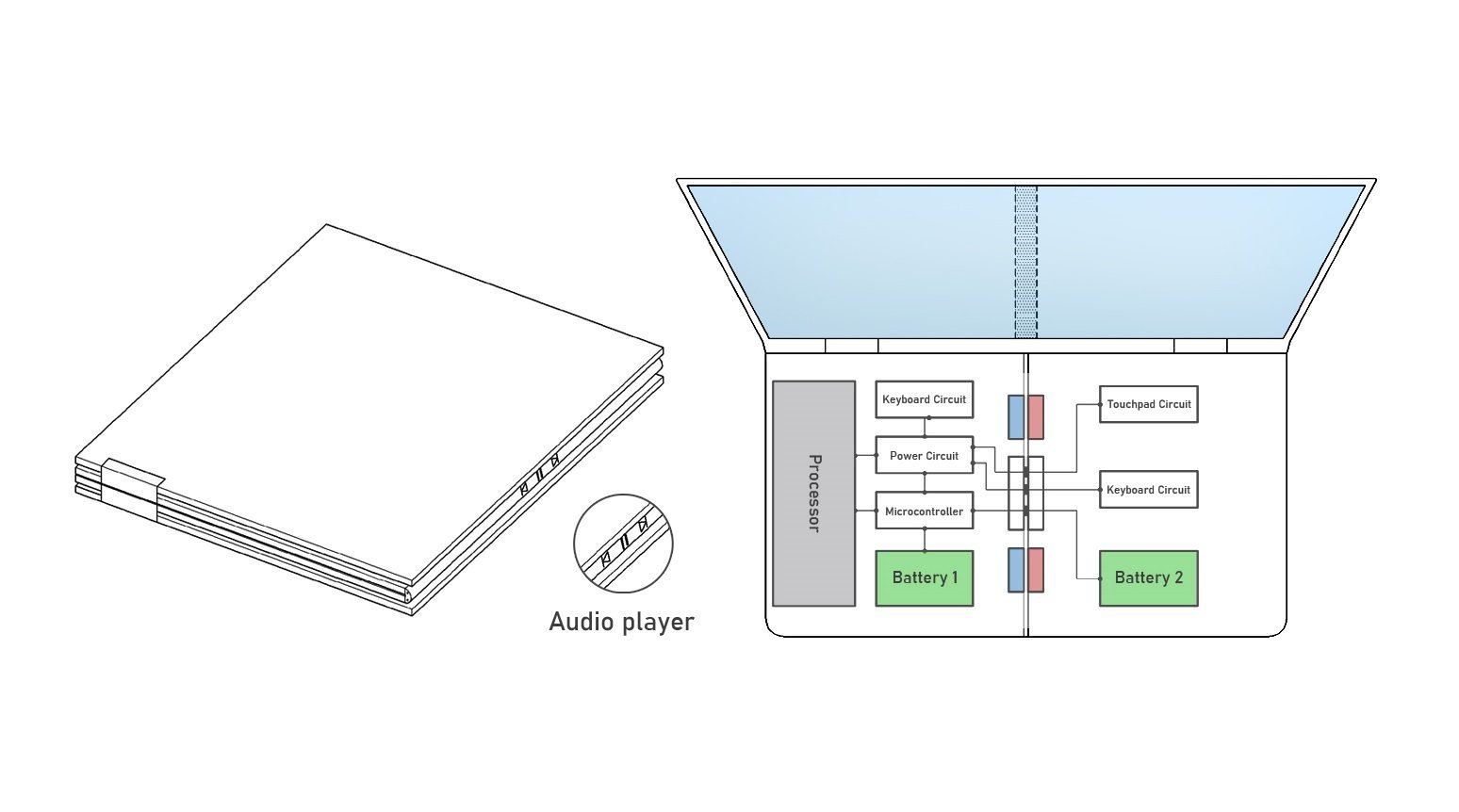 IT House understands that when Samsung This notebook needs to be folded, you can first separate the keyboard and then folded with the screen, and finally fold out the screen, form a four-layer structure. After folding, the area of the laptop is one quarter of the deployment.

It can also be seen in the figure above that there are three multimedia control keys on the side of the notebook, placed on the screen hinges. This computer is expected to continue to use the player player after storage.

Related news
LG applies for "FOLDS" and "ARC" trademarks or for foldable mobile phones (figure)
Samsung tips application accidentally exposed wireless DEX desktop extension mode which has not been officially released
Samsung's Samsung blade trademark is likely to be used in the galaxy S21 series
Hot news this week
The developer of the dating app Tinder has reached an agreement with Google over billing rules for its app store
Red Elf Lightning erupts in the Himalayas Spectacular Spectacle: Experts Reveal What Exactly Is This?
The founder of the Internet Quick Hand Su Hua was taken away for investigation, and the fast hand responded: the news was not true
Or for Studio Display Pro, the release of Apple's 27-inch Mini LED-backlit Display has been delayed by October
One picture to understand! Blue Factory has issued 3 new machines in a row: self-developed chip blessing, the narrowest lower border
Tencent established a smart technology company in Chengdu, and its business scope includes Internet data services
Economist credit card monthly bill $11.4! Only paying for a purchase of Tencent Music, the account manager is busy "condolences"
I once touched the ceiling of the mobile phone screen! Well-known brands announced that the new flagship is the first to carry the Snapdragon 8+
Or has it been spread insidiously in Communities in Europe and the United States: Should We Be Worried About Monkeypox? Experts demystify
Huawei and the Chinese Academy of Sciences jointly developed the new 3D DRAM solution is expected to break through the key root technology of storage
The most popular news this week
The 780 billion "oil leader" CNOOC rose and fell in the intraday, and the stock price hit a new high since its listing
The largest acquisition case in the history of 400 billion chips Chen Fuyang and Dell only used to meet
Visual China responded to 8 yuan Audi photo questioning: 1500 yuan for sale, the original author only received 2 yuan
Musk: The U.S. recession "is actually a good thing"
Online literature lost 6.2 billion yuan due to piracy last year? 522 online writers signed a petition against piracy
Baidu opened up nearly 15% and Alibaba opened up more than 12% in Hong Kong
Game cards sell crazy and make a lot of money! NV's fiscal first quarter revenue increased 46% year-over-year
Apple's iOS 16 Ultimate video leak will add a ton of utility features
Nearly 2.5 billion huge cash-outs! Lei Jun's subordinate Shun for capital to let go, tens of billions of "sweeping mao" and then usher in a large reduction
Suspected new Xiaopeng P7 exposure: multiple large screens, rear passengers can play games