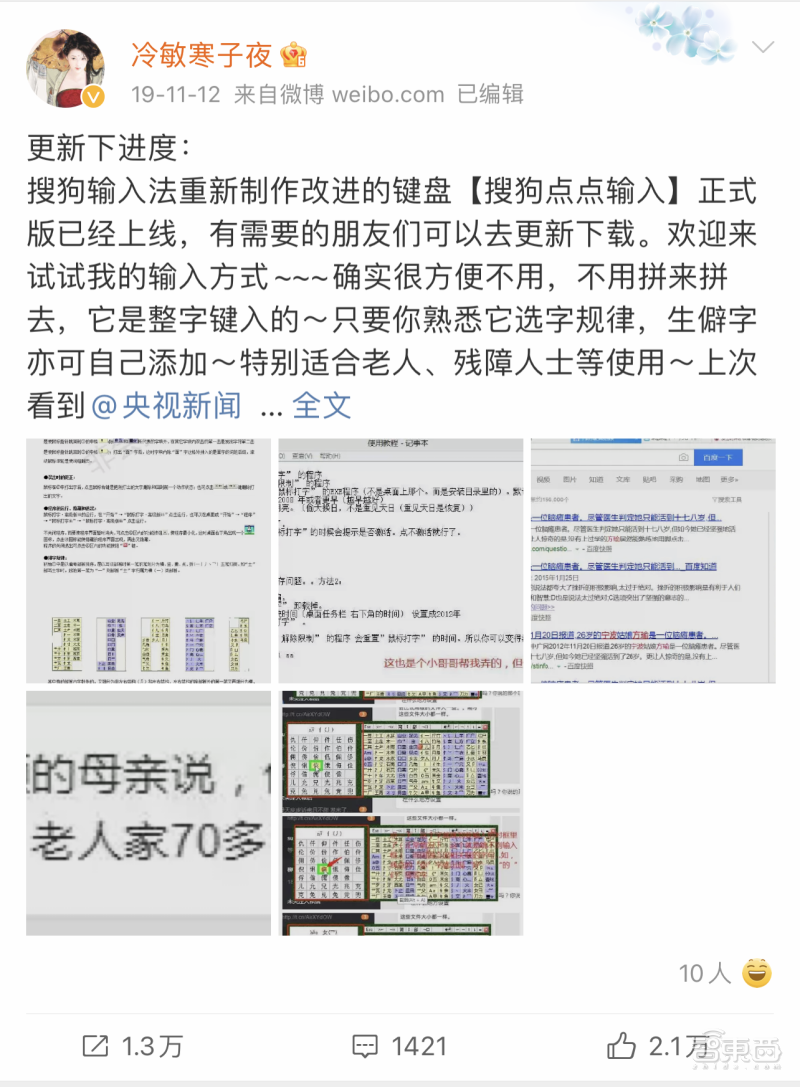 As the Sogou input method of the national input method, the long-term concern is unobstructed in the field, which is committed to providing better input services for the barrier. So Sogou Input Method has launched a visual impairment input, limb entries (point input), elders input, etc., for special people.

Just on Thursday, Tencent's Sogou Input Method was officially launched, the Sogou input method "eye input" solution is released on the spot, and the user can complete through the eyeball. enter. 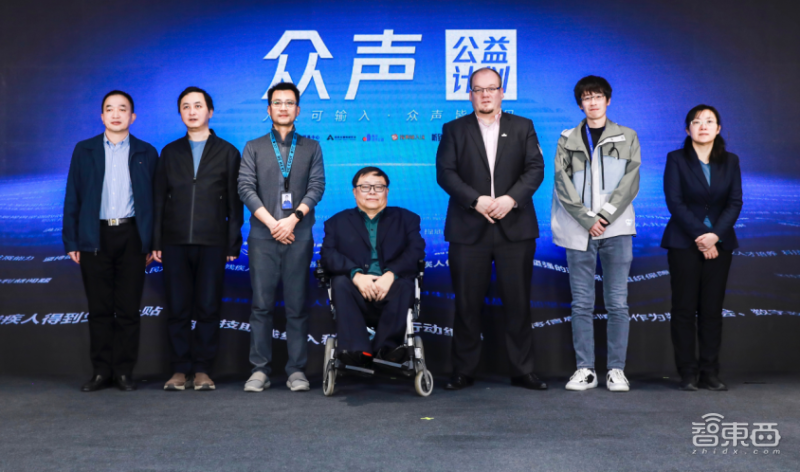 "Voice" is unobstructed, the public welfare plan is specific? How will Sogou input method rely on its own technical advantage to bring convenience to the disabled group?

In recent years, China's Internet penetration rate has climbed year by year. At the end of June 2021, the Chinese Internet penetration rate reached 71.60%, mobile phones, and PC input methods have become our daily life, work, study, and express themselves in the network, and express themselves in the network.

However, there is also a group of people seem to be "forgotten". According to reports, China currently has more than 85 million special groups, including more than 17 million visually obligations, more than 6 million patients with cerebral palsy. The seventh national census data shows that my country's 60-year-old population is 260 million, of which is 190 million people in the age of 65 and above. These numbers are still increasing, they are special people, and they also need to input the words to express themselves.

With the start of the "public" unbacard input public welfare plan, Sogou input method will continue to use its own AI technology advantages, existing product coverage, etc., for more AI developers, enterprises, and special people to build an accessible input channel.

Specifically, the "Voice" Accessible Input Public Welfare Plan is initially included in the two aspects, respectively, the research and analysis of group demand, and built an accessible input open platform.

The vice president of Tencent said in the launching ceremony: "Information is too obstacles, is the digital divide of the obstacle," 2018, Tencent opened the OCR identification, speech synthesis, pictures of visual impaired people, etc. In 2020, the 'audio AI technology' of the open-oriented people, Tencent is exploring technology to help disability, and more application scenarios across the digital divide. "

The latest version of the unobsibaby input method launched by the "Voice" Accessible Enter Public Welfare Plan launching ceremony is aimed at the topaz crowd, and the Sogou input method jointly developed together, and the eye input technology and Sogou input The high quality of the law, Lenovo language library, intelligent frequency modulation and other functions.

From a hardware side, TobiIndynavox developed eye-controller adopts eye tracking technology, users can use their eyes to replace mice and keyboards. After the user wears an eye-controller, use your eyes to keep your goals on the page, you can complete the action step by step. A multi-set near-infrared light source is provided on the eyeliner, and the eye reflection is transferred to the eyeliner, through the algorithm to obtain the watch coordinate position, allow the computer to identify the position of the eye, and perform instructions.

During the use of ophthammatists, all buttons on the keyboard require eye to operate, and the input method is critical in this link. Sogou input method is equipped with eye-catching keyboard developed by opinion.

First, in order to enhance the user experience, the opinion keyboard designed by the Sogou input method provides the button adsorption function, which can reduce the error rate generated due to false operation when the user selects operation at the gaze button. Eye-controlled keyboard is flexible to set the time of the user-staring button, and the previous user is not familiar with how to use the method, and it can be set for a long time and adjust it in time to find a relatively comfortable method.

Second, the eye-catch keyboard is also equipped with the smart button technology of the Sogou input method. For words that are relatively long or uncommon to pinin, users only need to enter several times, the keyboard can generate "memory", automatic liberal candidate words, such as "deoxyribon Nucleotide "This kind of specialization, uncommon nouns, after entering several times, users only need to enter their first letters" tyhthgs ", you can fully enter this noun.

Related news
Meizu type-C data line release: 5A high current 49 yuan
Can play 3 A big tiger tooth cloud game detailed experience with browse
A girl with cerebral palsy seeks help from Sogou to launch a new input method: she can type with her feet
Tencent released a input method with eyeball typing
Hot news this week
Zhao Lijian responded to the British "blocking" Huawei: generalizing the concept of national security harms others and harms themselves
Zhao lijian said the UK's decision to block Huawei under PRESSURE from the US was damaging others and not benefiting itself
Half a billion! Pay treasure collect five blessing to come: exceed 50 thousand people collect qi have you
Behind Microsoft's acquisition of Blizzard: Intended to build a super game carrier, SONY is the most hurt
Behind the exposed layoffs, China has praised the loss growth, and the stock price has fallen 67% in three months.
Mediatek's 40% share topped the mobile SoC market, leading for six consecutive quarters, followed by Qualcomm and Apple
The largest transaction in Microsoft's history! Hao Zhi 436.1 billion cash acquisition moving blizzard
Microsoft's $68.7 billion acquisition of Activision Blizzard became the largest acquisition in the company's history
Huawei applied for the Tianchi trademark again, and the international classification is scientific instruments and website services
Cait: it is not recommended to take quarantine measures directly for travel card users with asterisks
The most popular news this week
7 years! The classic control panel doesn't die: Windows 11 takes another step back
The most comprehensive summary! Apple will release the most equipment in history this year.
Microsoft forced upgrade Windows 10 20H2: It also uses machine learning
VR/AR global invention patent ranking TOP100: Samsung, Tencent, baidu top 3
Good start! China's software business revenue increased by 17.7% to 9,499.4 billion yuan in 2021
Microsoft Surface Pro 8 pushes the January driver update
How hard does the physics teacher work in class? Dismantle your own iPhone and induction cooker for students to see
Huawei applied for the registration of petal series trademarks
Tencent, China Merchants Port established The Port teng Internet technology company, registered capital of 50 million
Xiaomi applying for a Mibao trademark, international classification is a financial property management