NVIDIA Monster Card King Emergency Stop! There are problems with the BIOS and hardware

During the CES 2022 conference, NVIDIA released four graphics cards, the RTX 3080 Ti and RTX 3070 Ti for high-end game books, and the RTX 3050 for the entry-level desktop market, all of which are coming, only the top flagship RTX 3090 Ti is somewhat mysterious.

RTX 3090 Ti officially released very little information, the main one is to say that the video memory, 384-bit wide, 24GB GDDR6X capacity, the fastest frequency of 21GHz, the second is the computing power, the coloring unit 40TFlops, the light chasing unit 78TFlops, the AI unit 320TFlops, the official are called "monsters".

According to the exposure, the card will use the full blood full version of the GA102 core, 10752 stream processors, frequency 1560-1860MHz, power consumption of 450W, 12-pin auxiliary power supply. 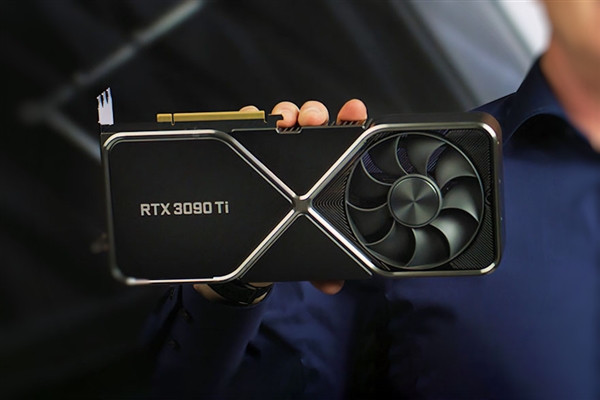 The RTX 3090 Ti was originally scheduled to be released on January 27, but it has been temporarily postponed, and NVIDIA has also asked partners to stop producing their non-public versions because of problems with the BIOS and hardware.

The details of the problem are not known for the time being, and I do not know how serious it is, how long it will be postponed, and now we can only wait and see how it changes.

If the problem is mild, it may be solved by a firmware update, while if it is more serious, the hardware may have to be redesigned. 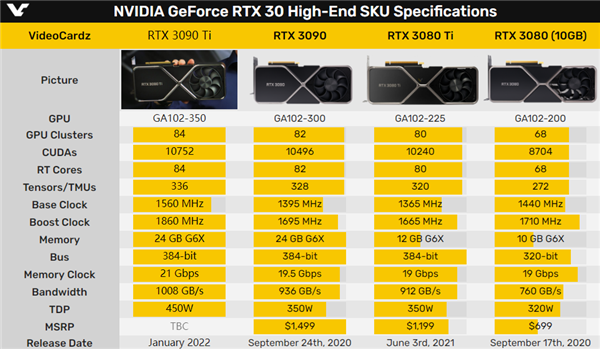