IT home January 15 news, Tesla's Model 3, Model Y electric vehicle, after exposing the problem of heat pump failure in the United States, a number of users complained that the car can not use heat pump heating in an extremely cold environment. Although Tesla previously updated the sensor with defects, some of the Model 3 and Model Y produced in 2020-2021 still have problems. 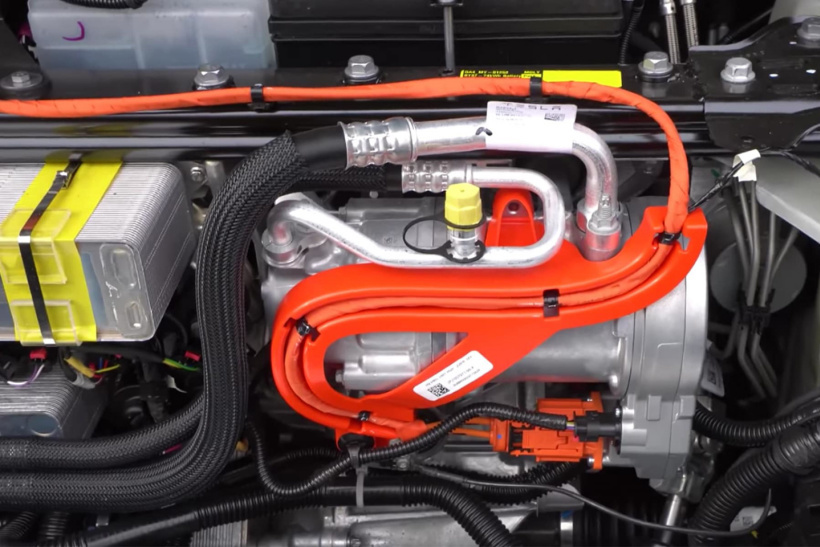 The reason for this problem is that the air inlet of the heat pump is frozen, resulting in abnormal sensor data and the entire system shut down. According to foreign media mspoweruser, Tesla today pushed the 2021.44.30.7 version OTA update for the vehicle, which solved this problem.

IT House understands that the changelog indicates that this version of the system allows the heat pump to start smoothly at lower temperatures. Users can turn on the vehicle's heating function to warm up 30-60 minutes before departure via the mobile app. However, if it is in an environment of -15 ° C, the heat pump heating may still fail. Tesla advises car owners to park their cars in warm places as much as possible to heat up the vehicle to solve this problem.

Related news
Tesla's remote disabling of the automatic driving function of model s
OTA come ONE ideal open bluetooth key feature :9Huawei1 millet
Due to software failure! Tesla will remotely recall model y for OTA upgrade
Charging is not lonely. Tesla released the New Year Edition of the ox year OTA: "tiktok" officially landed.
Tesla China announces recall details of 285000 model 3 and model Y: what are the changes after OTA upgrade?
Tesla recalls part of model 3 / Y: Ota is being pushed
It only takes one OTA update to plummet the noise in Tesla vehicles
Tesla pushes OTA updates to solve the problem of heat pump failure
The heat pump is burst with a low-temperature vegetable Tesla OTA solution! The north cold area did not recruit
Hot news this week
Zhao Lijian responded to the British "blocking" Huawei: generalizing the concept of national security harms others and harms themselves
Zhao lijian said the UK's decision to block Huawei under PRESSURE from the US was damaging others and not benefiting itself
Half a billion! Pay treasure collect five blessing to come: exceed 50 thousand people collect qi have you
Behind Microsoft's acquisition of Blizzard: Intended to build a super game carrier, SONY is the most hurt
Behind the exposed layoffs, China has praised the loss growth, and the stock price has fallen 67% in three months.
Mediatek's 40% share topped the mobile SoC market, leading for six consecutive quarters, followed by Qualcomm and Apple
The largest transaction in Microsoft's history! Hao Zhi 436.1 billion cash acquisition moving blizzard
Microsoft's $68.7 billion acquisition of Activision Blizzard became the largest acquisition in the company's history
Huawei applied for the Tianchi trademark again, and the international classification is scientific instruments and website services
Cait: it is not recommended to take quarantine measures directly for travel card users with asterisks
The most popular news this week
7 years! The classic control panel doesn't die: Windows 11 takes another step back
China aerospace Power new engine verification success! Full proprietary right
Ali responded to Youku shareholder change: internal normal adjustment
WeChat red envelope cover supports fission distribution: you can receive the same model when grabbing red packets
The most comprehensive summary! Apple will release the most equipment in history this year.
Microsoft forced upgrade Windows 10 20H2: It also uses machine learning
VR/AR global invention patent ranking TOP100: Samsung, Tencent, baidu top 3
Good start! China's software business revenue increased by 17.7% to 9,499.4 billion yuan in 2021
Microsoft Surface Pro 8 pushes the January driver update
How hard does the physics teacher work in class? Dismantle your own iPhone and induction cooker for students to see