This article is transferred from [New Media].

According to the Russian Satellite News Agency, Tesla was approved last year to launch 7 electric vehicles (EVs) in India. However, this American electric car manufacturer hopes that his car is before the launch of the Indian market, and India first reduces import tariffs. 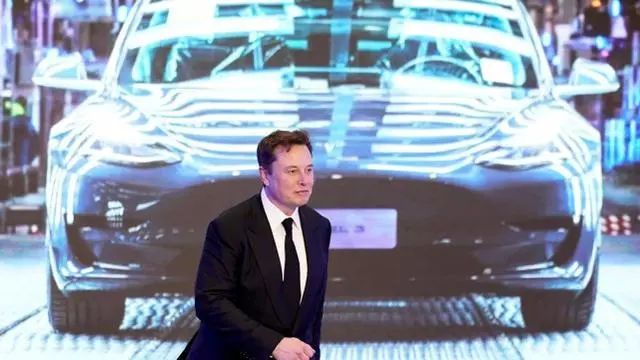 At answering the trip to this matter, Tesla Chairman Elon & Middle; Masque revealed that he was working with the Indian government to deal with "a lot of challenges" in order to sell Tesla Motors to this South Asian country. .

Since 2019, Tesla has been seeking to cut import tariffs to the Indian government, while India has a high-end electric vehicle tariff to 110%.

In a letter to the Indian road transport and highway, this US company requires 40% of the standard tariffs for electric vehicles.

The Indian government said on Thursday (13th), Masque is trying to press the social media to press India, "Tesla hosted India to reduce car import tariffs, but not promised to produce in India."

The Indian government is worried that the reduction of tariffs will have an impact on the local automotive industry. Tata Motors is a company opposed this company. This Indian company said that Mask's company will make a concession, will violate the Program of India to promote domestic electric vehicle manufacturing.

Last month, Mask issued a document on Twitter, India is one of the highest imports of import tariffs in the world, and India is the same as the tax rate of cleaning energy vehicles and the tax rate of gasoline vehicles. This does not meet India to address climate change. The establishment of the goal.

Related news
13 years of history NVIDIA gave up Tesla brand in a low-key way: name collision with electric vehicles
NVIDIA gives up Tesla brand in a low-key way: because of its name collision with famous electric vehicles
NVIDIA classic computing card series Tesla to be renamed: too confusing with Tesla
Maybe next year you'll get an iPhone 12 labeled "made in India."
Toyota Volkswagen collective look! Tesla lobbied India to lower tariffs and build factories if they sell well
Mask: I will be the first person in the US history
Masque is pressing in India: Tesla hosted India to reduce car import tariffs.
Hot news this week
Zhao Lijian responded to the British "blocking" Huawei: generalizing the concept of national security harms others and harms themselves
Zhao lijian said the UK's decision to block Huawei under PRESSURE from the US was damaging others and not benefiting itself
Half a billion! Pay treasure collect five blessing to come: exceed 50 thousand people collect qi have you
Behind Microsoft's acquisition of Blizzard: Intended to build a super game carrier, SONY is the most hurt
Behind the exposed layoffs, China has praised the loss growth, and the stock price has fallen 67% in three months.
Mediatek's 40% share topped the mobile SoC market, leading for six consecutive quarters, followed by Qualcomm and Apple
The largest transaction in Microsoft's history! Hao Zhi 436.1 billion cash acquisition moving blizzard
Microsoft's $68.7 billion acquisition of Activision Blizzard became the largest acquisition in the company's history
Huawei applied for the Tianchi trademark again, and the international classification is scientific instruments and website services
Cait: it is not recommended to take quarantine measures directly for travel card users with asterisks
The most popular news this week
7 years! The classic control panel doesn't die: Windows 11 takes another step back
Good start! China's software business revenue increased by 17.7% to 9,499.4 billion yuan in 2021
Microsoft Surface Pro 8 pushes the January driver update
How hard does the physics teacher work in class? Dismantle your own iPhone and induction cooker for students to see
Huawei applied for the registration of petal series trademarks
Tencent, China Merchants Port established The Port teng Internet technology company, registered capital of 50 million
Xiaomi applying for a Mibao trademark, international classification is a financial property management
The first 3nm chip Apple's new processor exposure: the iPhone 14 is embarrassing
"Made in Germany" Tesla online can be "installed" more than made in China
Shoulder to shoulder with the iPad mini! Xiaomi giant screen Snapdragon 8 flagship first exposure: stunning