This is a chip that has completely surpassed the Snapdragon 8 flagship in terms of specifications, and is considered to be the generation of flagship processors most likely to surpass Qualcomm.

After the press conference,OPPO was the first to announce that it will debut this 4nm flagship processor, and the first model is OPPO's top flagship Find X series new machine. 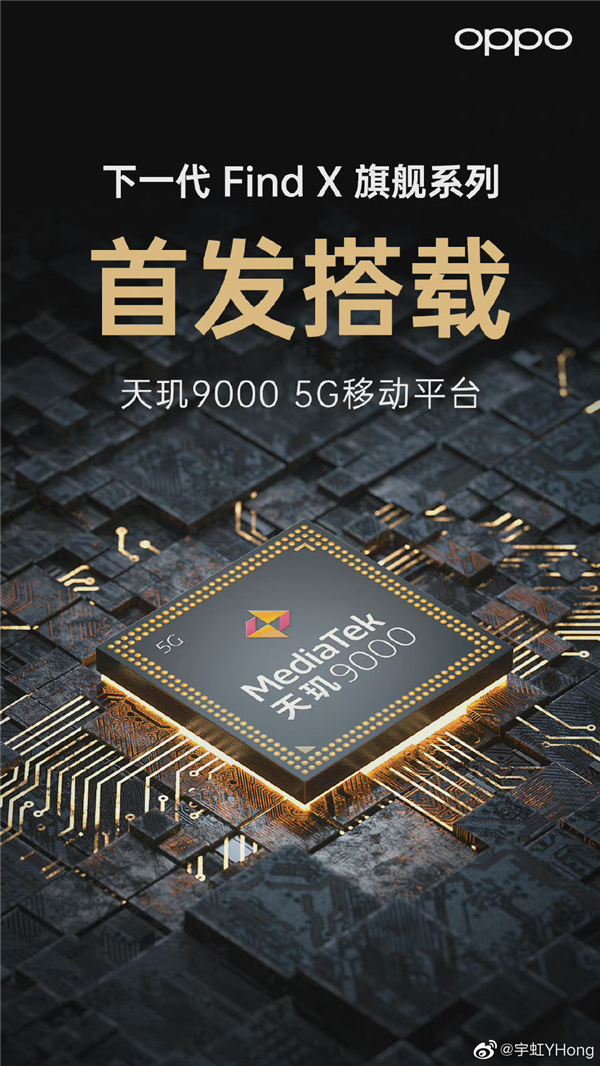 According to previous rumors, the next generation of Find X will be named Find X5 series, and today there are related bloggers who bring the latest revelations about the machine.

According to @Digital Chat Station revealed:"Now that the domestic flagship machine is commercial 100-watt flash charge, the three new flagships of the Find X5 series are still up to 80W."Although I know that their house is directly behind the super 100 watts, but the progress is really slow. ”

This also confirms two things, one is that the Find X5 will have three new machines, in addition to the Tianji 9000 chip, there may be a possibility of launching a Snapdragon 8 chip, or even a Tianji 8000 chip.

In addition, in terms of charging, the Find X5 series will be equipped with up to 80W fast charging.

It is worth noting that the second half of the breaking news information is also also noticeable, revealing that OPPO will directly carry a super-100-watt fast charging scheme in the future, that is to say, it will exceed the scope of 120W, and it is likely to reach about 150W of power, and may be able to fill the whole machine within 15 points.