Specifically, the Milan 7003 series was originally designed to contain up to eight small chips, each with 32MB of tertiary cache, for a total of 256MB.

The Milan-X 7003X series has an additional 64MB of tertiary cache stacked on each small chip for a total of 512MB. 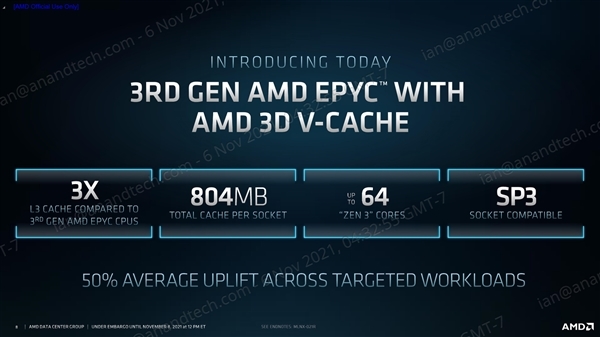 According to AMD's tests, more caching can greatly reduce the pressure on system memory bandwidth,EDA RTL validation workloads measured on milan-X, Milan, and Synopsys VCS of the same 16 cores improved performance by up to 66%.

What about the actual performance? The biggest worry of adding external L3 cache is latency. For this problem, some overseas users have done a test of cache latency, compared with the normal version of Milan 7003 series processor and Milan-X 7003X series processor.

Both the absolute delay time in the figure above and the delay period in the figure below,The Milan-X 7003X series, with a 2x L3 cache increase, both performed very well, with only 3-4 cycles added, which is amazing.

There will be more detailed testing, but in terms of latency, AMD's 3D V-cache technology is full of surprises, and the external 2x Cache does not cause exaggerated latency.

While the server version of the Milan-X 7003X series of processors was tested, the desktop version of the Rayon 7 5800X3D only added a 64MB cache, which theoretically performed better on latency to offset the reduced frequency.In some cache-eating games there should be a pleasant surprise, with AMD officials talking about an average of 15% performance and a maximum of 40% performance increase. 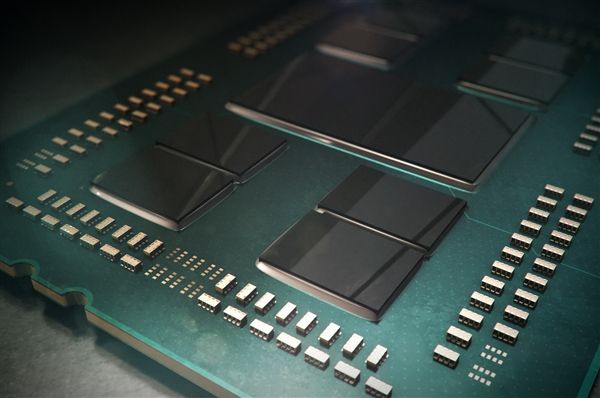