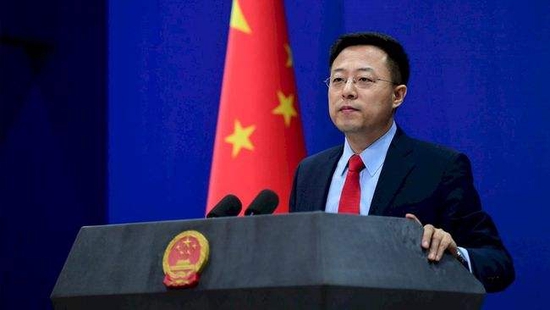 Q: Kishore Mahbubani, a former Singaporean diplomat, recently said that a British company executive said that the British side had placed intelligence agents inside Huawei to conduct a "thorough inspection" and confirm that There was no threat from Huawei. But a few months later, Britain "capitulated" under American pressure. British officials have so far made no comment. What is China's comment?

A: I have noted relevant reports. Like everyone else, I would like to hear the explanation from the relevant British side.

I have also noted recent comments in the British media that the UK's decision to "ban" Huawei has greatly delayed the UK's 5G development goals. Oliver Dowden, minister without portfolio and then Minister of State for Digitisation, Culture, Media and Sport, said banning Huawei equipment would delay 5G construction in the UK by two to three years. According to Oxford Economics, restricting access to the UK's 5G infrastructure market for key equipment suppliers such as Huawei would increase the cost of network deployment by 9-29 per cent over the next 10 years. Some people and forces in the UK are tempted to join a country out of political self-interest, generalizing the concept of national security and suppressing specific Chinese companies, while making their own people suffer the bitter consequences of not being able to access 5G technology.

Related news
Disassembly report: Huawei WiFi 3
Hot news this week
The developer of the dating app Tinder has reached an agreement with Google over billing rules for its app store
Red Elf Lightning erupts in the Himalayas Spectacular Spectacle: Experts Reveal What Exactly Is This?
The founder of the Internet Quick Hand Su Hua was taken away for investigation, and the fast hand responded: the news was not true
Or for Studio Display Pro, the release of Apple's 27-inch Mini LED-backlit Display has been delayed by October
One picture to understand! Blue Factory has issued 3 new machines in a row: self-developed chip blessing, the narrowest lower border
Huawei and the Chinese Academy of Sciences jointly developed the new 3D DRAM solution is expected to break through the key root technology of storage
Tencent established a smart technology company in Chengdu, and its business scope includes Internet data services
I once touched the ceiling of the mobile phone screen! Well-known brands announced that the new flagship is the first to carry the Snapdragon 8+
Or has it been spread insidiously in Communities in Europe and the United States: Should We Be Worried About Monkeypox? Experts demystify
Economist credit card monthly bill $11.4! Only paying for a purchase of Tencent Music, the account manager is busy "condolences"
The most popular news this week
Pinduoduo Q1 revenue of 23.8 billion increased by 7% Technology and agricultural strategy into a dual engine
Musk: Tesla peripheral products can be purchased with Dogecoin
Luo Dayou Sun Yanzi brushed the scenes behind the screen and Tencent began to grab traffic again
Pinduoduo revenue in the first quarter of 23.8 billion increased by 7% year -on -year
Chinese stocks closed mostly up on Friday, Pinduoduo rose more than 15% Kingsoft Cloud rose more than 7%
Expert: Concerns that emojis cause expression to feel less susceptible may be exaggerated
The Changwu B rocket arrives at the Wenchang launch site and will launch the Wentian Experimental Module of the Chinese space station in July
The DuckDuckGo browser was found to have quietly allowed Microsoft to track it
Pinduoduo released the first quarter report, with a revenue of 23.8 billion yuan, starting the technology flow
Can air disinfection stick kill 99.9%coronary virus? Experts: Several levels of concentration are different