A hardware conference, why talk about software but more time?

Although the Glory Magic V foldable phone early warm up, but wait until the press conference, there are still several unexpected.

For example, our colleagues operating weibo didn't expect the conference to last for 2 hours. He originally planned to go to dinner after the live broadcast of the conference, but he was hungry for more than an hour because of no other reason, just before Magic V. Glory spent a lot of time talking about the Magic Live Intelligence engine and Magic UI 6.0.

It can even be said that it was originally a Magic V hardware as the leading role of the press conference, but turned into software services "dominated".

As the first foldable phone with Snapdragon 8 chip on the market, Magic V itself has no slots in hardware, and the internal and external screen parameters are directly filled up. Under this premise, people care more about the price, and the system. 2021 and 2022 will be the key years for foldable phones to go from niche to mass market. Hardware and price will determine whether users will buy them, while systems will determine whether the next generation of users will follow. After all, no one wants to buy a bug-filled "foldable father" to take home. 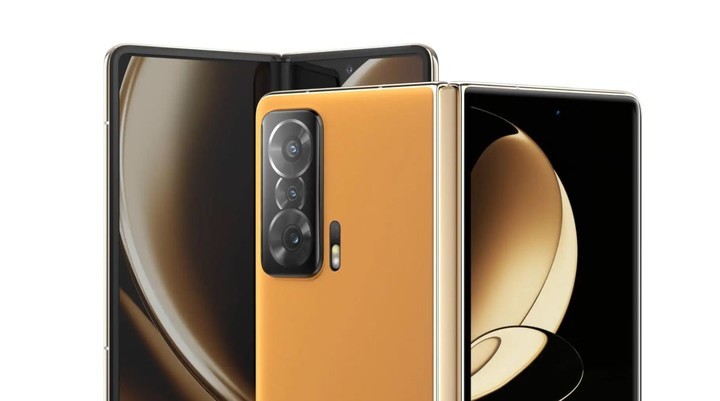 At the same time, Magic V and many of the glory of the high-end mobile phone a large customer group is business users, this group may not be able to do about the fancy icon wallpaper theme, but the business travel schedule reminder and other wisdom functions are quite care about, this is precisely Magic Live wisdom engine and Magic UI 6.0 main improvement.

The new intelligence engines and systems are not only for new forms of services such as foldable phones, but also for new trends in the consumer electronics industry.

Ecological interconnection is the current equipment company, a necessary option, with mobile phone as the center, radiation computer watch TV, and even the headset household products, this is not just the product category expansion, and the extension of service period, and increase user stickiness, so in this era of already is not a one-time deal, ecology has become the key of the runoff of the Internet. But for the industry, the question is simple and the answer is complex. Glory CEO Zhao Ming said:

This is difficult for most vendors because of the barriers between android, Windows and LiteOS, among others.

Under the general trend, many manufacturers have their own different approaches. Apple and Huawei both start from the bottom system and strive to connect with one another, while Xiaomi is relying on app to maintain its net widely. So what do you think about glory?

In the interview, glory CEO Zhao Ming said to love fan and other media:

This is the complex ecology that Honor is facing today. However, in order to integrate the whole system and give consumers a comparable experience with iOS or macOS, we must comb it from the bottom or from the bottom. To solve this problem, we see Windows and Android as an ecosystem. To complete the ecosystem above, Windows has its own ecosystem, and Android has its own ecosystem. This ecosystem has been built with great efforts, with more software and services, which is relatively mature in the long-term development.

What do consumers really want? It is about how services and experiences can flow between different operating systems, but how to give me more fluency when I need it, or really understand me and give me the best recommendation when I need it. Its bottom layer is the operating system. For the future development of glory, whether the operating system is Android or Windows is not so important. We can develop and grow on the shoulders of giants with the help of a large number of capabilities that have been built. I said that Magic Live's intelligence engine is the key to solving such a complex problem in the future, or our solution. It is an engine on each operating system.

We can understand that both Magic UI and Magic Live are capabilities built on the system, regardless of whether the system is desktop or mobile or even the Internet of Things. At the same time, the two Magic are also the glue between each system and each device.

In addition to solving the problems of using the folding screen and getting through between device systems, Magic Live also wants to solve the problems of information overload and operation complexity. Zhao Ming introduced:

This is exactly one of the core concepts of Magic Live and Magic Live's operating system. It is true that there is too much information now, but we have to control and manage this kind of information, and it is difficult for us to find these entrances in confusion when using Magic Live.

As I have said before, if all the electronic devices or appliances in our homes become IoT, devices that can be controlled by the intelligent scene, we may have a headache.

First of all, it has countless portals to manage and control. I used to press a button, but now I need to install an app, which is difficult. Instead of turning on the air conditioner and pressing the remote, I might have to go through all sorts of complicated procedures. So I think this is a kind of scenario and problem that we will inevitably face in the future under the state of intelligent full scenario. How do we manage it?

There really is an operating system that either grows with you or understands your intentions. Glory we say that this purpose in the future is not recommend consumer advertising, it is recommended you really needed services, such as we have just in the middle of the conference we use an example, even in the subway stations, in fact the most simple way, into the subway electronic fence I will give you recommend a card, is very simple.

But clearly I am a user who drives to and from work every day, and I may not take the subway several times a year. Every time I drive into the electronic fence of the subway, do I have to push this card to me? It becomes very unnecessary. That may be the first time it groped you, to you silently recommended, you useless, the second time may learn, you useless, the next time you pass by again, it will not give you recommended.

So what we're doing here is we're interacting with it, because you go into the subway fence, you use this card and it remembers and learns, you use this card and it thinks you're a subway user. When you travel by subway, it will gradually understand your experience and give you the best experience while reducing the interference to you. I think it is precisely the interference and disturbance that we will help consumers to solve in the future.

And this surprise at this press conference, for glory, is very significant. With the release of foldable phones and the Magic Live intelligence engine, it seems that the company, which had a big fall last year, has completely corrected itself, sword in right hand, shield in left.

Oh, and another surprise is that the Price of Magic V is controlled under 10,000 yuan.

Related news
VMware intends to acquire Pivotal Software
NVIDIA's annual oil driving performance has soared 23%! 43 pictures teach how to make A card
Amd users can now download the radeon software through the Microsoft Store (Figure)
IBM exits RSA conference 2020 security technology summit due to public health and health concerns
Dx12 ultimate: n card / a card game performance upgrade
China core international: China core from A-share reactor
Chinese core from A-share reactor
Side a and side B of Baidu and Huawei
Amd released radeon software adrialin version 21.9.1, bringing more new features and extended support
Hot news this week
The developer of the dating app Tinder has reached an agreement with Google over billing rules for its app store
Red Elf Lightning erupts in the Himalayas Spectacular Spectacle: Experts Reveal What Exactly Is This?
The founder of the Internet Quick Hand Su Hua was taken away for investigation, and the fast hand responded: the news was not true
Or for Studio Display Pro, the release of Apple's 27-inch Mini LED-backlit Display has been delayed by October
One picture to understand! Blue Factory has issued 3 new machines in a row: self-developed chip blessing, the narrowest lower border
Huawei and the Chinese Academy of Sciences jointly developed the new 3D DRAM solution is expected to break through the key root technology of storage
Tencent established a smart technology company in Chengdu, and its business scope includes Internet data services
I once touched the ceiling of the mobile phone screen! Well-known brands announced that the new flagship is the first to carry the Snapdragon 8+
Or has it been spread insidiously in Communities in Europe and the United States: Should We Be Worried About Monkeypox? Experts demystify
Economist credit card monthly bill $11.4! Only paying for a purchase of Tencent Music, the account manager is busy "condolences"
The most popular news this week
Pinduoduo revenue in the first quarter of 23.8 billion increased by 7% year -on -year
Chinese stocks closed mostly up on Friday, Pinduoduo rose more than 15% Kingsoft Cloud rose more than 7%
Expert: Concerns that emojis cause expression to feel less susceptible may be exaggerated
The Changwu B rocket arrives at the Wenchang launch site and will launch the Wentian Experimental Module of the Chinese space station in July
The DuckDuckGo browser was found to have quietly allowed Microsoft to track it
Pinduoduo released the first quarter report, with a revenue of 23.8 billion yuan, starting the technology flow
Can air disinfection stick kill 99.9%coronary virus? Experts: Several levels of concentration are different
Pinduoduo Q1 revenue of 23.8 billion increased 7%and a monthly survival of 750 million. Vice president said that the growth of growth is inevitable.
Liu Chiping resigned from Tencent Music Director, Zheng Runming took over, and the latter had financial management related background
Pinduoduo: As of 12 months of March 31, 2022, the number of active buyers was 881.9 billion, an increase of 7% year -on -year