Build a car in an average of 34 seconds! The annual production capacity of Tesla's Shanghai factory may exceed 1 million units

And Shanghai Tesla Gigafactory,In 2021, the delivery volume has exceeded 400,000 units, reaching 413283 units, and the Chinese market has become Tesla's largest single market in the world.

In December, Tesla sold more than 70,000 units in China, reaching 70,847 units. According to this production rate, it is theoretically possible to produce about 850,000 units a year.

On January 14, 2022, about 18 Tesla Model Ys in the 10-minute video are ready to be shipped, in other words,A Tesla electric SUV can be produced in less than 34 seconds, even faster than in December.

In addition, another 10-minute video from Tesla's Model 3 factory shows 11 cars leaving the production building, which translates to an average of 55 seconds to produce a Tesla Model 3, which will reach 47,000 on a monthly basis. 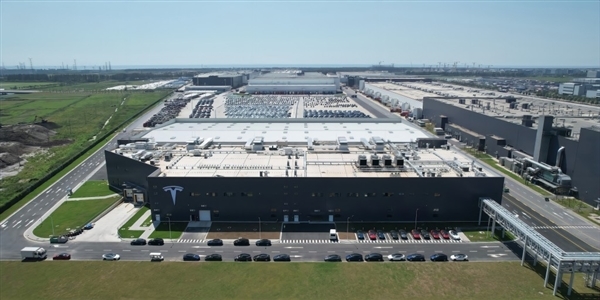 If the above production rate is followed, the total output in one year is even nearly 1.5 million units,Therefore, there is reason to speculate that Tesla's Shanghai factory will reach a production capacity of 1 million units in 2022.

At present, the construction preparations for the third phase of Tesla's Shanghai Gigafactory in China are underway, and the area is doubled compared to the current proportion, and Tesla's production capacity improvement road will continue.

Related news
NVIDIA Tesla v100s low-key release: full speed up to turn into Tu Haojin
NVIDIA gives up Tesla brand in a low-key way: because of its name collision with famous electric vehicles
Build a car in an average of 34 seconds! The annual production capacity of Tesla's Shanghai factory may exceed 1 million units
Hot news this week
The developer of the dating app Tinder has reached an agreement with Google over billing rules for its app store
Red Elf Lightning erupts in the Himalayas Spectacular Spectacle: Experts Reveal What Exactly Is This?
The founder of the Internet Quick Hand Su Hua was taken away for investigation, and the fast hand responded: the news was not true
Or for Studio Display Pro, the release of Apple's 27-inch Mini LED-backlit Display has been delayed by October
One picture to understand! Blue Factory has issued 3 new machines in a row: self-developed chip blessing, the narrowest lower border
Huawei and the Chinese Academy of Sciences jointly developed the new 3D DRAM solution is expected to break through the key root technology of storage
Tencent established a smart technology company in Chengdu, and its business scope includes Internet data services
I once touched the ceiling of the mobile phone screen! Well-known brands announced that the new flagship is the first to carry the Snapdragon 8+
Or has it been spread insidiously in Communities in Europe and the United States: Should We Be Worried About Monkeypox? Experts demystify
Economist credit card monthly bill $11.4! Only paying for a purchase of Tencent Music, the account manager is busy "condolences"
The most popular news this week
Sino -disease control expert: Omikon vaccine has entered the clinical virus evolution and uncertain
The iOS version of the app icon disappears! Alipay high response: Fund safety is not affected
Pinduoduo Q1 revenue of 23.8 billion increased by 7% Technology and agricultural strategy into a dual engine
Musk: Tesla peripheral products can be purchased with Dogecoin
Luo Dayou Sun Yanzi brushed the scenes behind the screen and Tencent began to grab traffic again
Pinduoduo revenue in the first quarter of 23.8 billion increased by 7% year -on -year
Chinese stocks closed mostly up on Friday, Pinduoduo rose more than 15% Kingsoft Cloud rose more than 7%
Expert: Concerns that emojis cause expression to feel less susceptible may be exaggerated
The Changwu B rocket arrives at the Wenchang launch site and will launch the Wentian Experimental Module of the Chinese space station in July
The DuckDuckGo browser was found to have quietly allowed Microsoft to track it