Foreign media reported that some foreign airlines said they would suspend some flights after domestic airlines in the United States protested against the introduction of C-band in 5G networks.

The spectrum battle between U.S. telecom and airlines has been going on for a long time,Airlines argue that the C-band of 5G signals could interfere with cockpit security and automation systems, making it impossible to determine the plane's altitude and atmospheric pressure, forcing a large number of flights to be delayed, diverted or cancelled.

In a letter to the FEDERAL Aviation Administration and Federal Communications Commission on Monday, ceos of American Airlines, Delta Air Lines and United Continental Airlines said they would cancel a large number of flights if carriers start using the C-band on January 19.

Eventually, after negotiations, Verizon and AT& T-band agreed to delay the use of C-band around some airports.

But even so,Some foreign airlines, including Emirates, All Nippon Airways and Japan Airlines, still said they would cancel some flights to the United States. 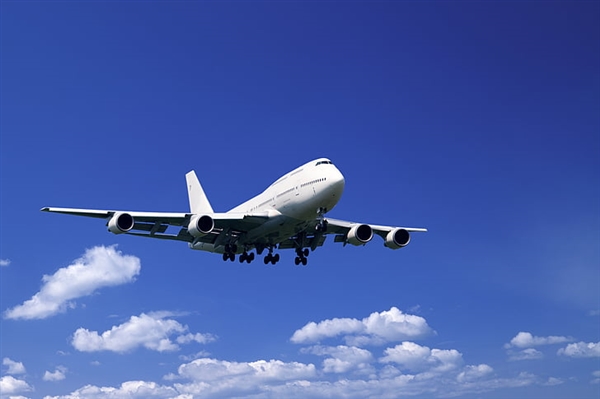 Related news
WiFi on the US aircraft is fully upgraded to satellite network, and the experience of air access is better.
Boeing 737max's "big trouble" is hard to throw away. American Airlines is stepping into the era of price rise?
Southwest Airlines and Boeing reach a confidentiality agreement
United suspended flights to and from four Chinese cities until April 24
US government adjusts restrictions on Chinese flights to and from the US: only two direct flights a week
United Airlines announced cancellation of US $200 change fee for domestic flights due to epidemic situation
Hot news this week
The developer of the dating app Tinder has reached an agreement with Google over billing rules for its app store
Red Elf Lightning erupts in the Himalayas Spectacular Spectacle: Experts Reveal What Exactly Is This?
The founder of the Internet Quick Hand Su Hua was taken away for investigation, and the fast hand responded: the news was not true
Or for Studio Display Pro, the release of Apple's 27-inch Mini LED-backlit Display has been delayed by October
One picture to understand! Blue Factory has issued 3 new machines in a row: self-developed chip blessing, the narrowest lower border
Huawei and the Chinese Academy of Sciences jointly developed the new 3D DRAM solution is expected to break through the key root technology of storage
Tencent established a smart technology company in Chengdu, and its business scope includes Internet data services
I once touched the ceiling of the mobile phone screen! Well-known brands announced that the new flagship is the first to carry the Snapdragon 8+
Or has it been spread insidiously in Communities in Europe and the United States: Should We Be Worried About Monkeypox? Experts demystify
Economist credit card monthly bill $11.4! Only paying for a purchase of Tencent Music, the account manager is busy "condolences"
The most popular news this week
Pinduoduo revenue in the first quarter of 23.8 billion increased by 7% year -on -year
Chinese stocks closed mostly up on Friday, Pinduoduo rose more than 15% Kingsoft Cloud rose more than 7%
Expert: Concerns that emojis cause expression to feel less susceptible may be exaggerated
The Changwu B rocket arrives at the Wenchang launch site and will launch the Wentian Experimental Module of the Chinese space station in July
The DuckDuckGo browser was found to have quietly allowed Microsoft to track it
Pinduoduo released the first quarter report, with a revenue of 23.8 billion yuan, starting the technology flow
Can air disinfection stick kill 99.9%coronary virus? Experts: Several levels of concentration are different
Pinduoduo Q1 revenue of 23.8 billion increased 7%and a monthly survival of 750 million. Vice president said that the growth of growth is inevitable.
Liu Chiping resigned from Tencent Music Director, Zheng Runming took over, and the latter had financial management related background
Pinduoduo: As of 12 months of March 31, 2022, the number of active buyers was 881.9 billion, an increase of 7% year -on -year