Exposure! The US government has asked WhatsApp to track the information of seven Chinese users

The US government ordered the company to track the information of 7 Chinese users, which was exposed by the US media.

According to a newly declassified US government surveillance application, the Drug Enforcement Administration (DEA) asked Facebook inc's WhatsApp to track seven users in The Chinese mainland and Macau last November. The DEA did not know the identities of the targeted users, but told WhatsApp to monitor the IP addresses and numbers that contacted them, as well as when and how they used the app, according to the application. 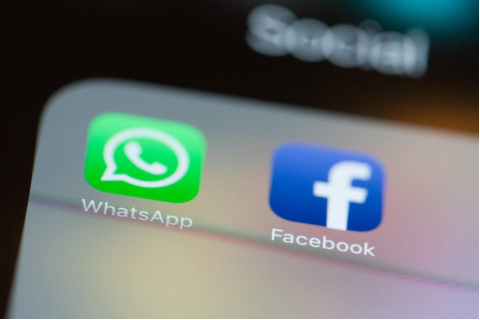 The monitoring is done using a technique called the Pen Register Act, according to the report. Forbes has previously reported that FOR at least the past two years, US law enforcement authorities have repeatedly ordered WhatsApp and other tech companies to install pen recorders without showing any justification.

And why is the US government spying on these Chinese users? The report noted that the outlet found indications that the DEA was seeking to monitor individuals and entities suspected of shipping opioids online and through encrypted apps. While the DEA may have legitimately used the pen-recorder method to track down SD suppliers of Chinese chemicals fueling the US opioid crisis, there are concerns about the lack of an explanation for "legitimate cause," the report said.

In response to relevant questions, the Spokesperson of the Chinese Foreign Ministry once said that the Chinese government has always adhered to a "zero tolerance" attitude towards the drug issue and strictly controlled all kinds of narcotic drugs, psychotropic substances and their chemical precursors. Its efforts and achievements have been witnessed by the international community. We urge the US side to respect facts, find out the cause of fentanyl abuse more from itself, and make an objective and fair evaluation of China's efforts, rather than shifting the blame on other countries.

In fact, the United States, which has always been regarded as a "network security guardian", has repeatedly fallen into the "wiretapping storm". In 2013, former U.S. defense contractor Edward Snowden caused an international uproar by revealing the U.S. government's extensive surveillance of telephone and Internet communications at home and abroad. After that, wikileaks revealed in 2015 that the NSA had eavesdropped on Three French presidents, Jacques Chirac, Nicolas Sarkozy and Francois Hollande, and obtained some important information about their administration. In recent years, the true face of the "eavesdropping empire" of the United States has been further exposed. In August 2020, Danish media reported that the U.S. National Security Agency, through the Danish Defense Intelligence Agency, had free access to raw Internet data, including private information of Danish citizens. In November, Danish media reported that the United States had spied on the Danish government and its defense industry, as well as other European defense contractors, to obtain information about the country's fighter jet procurement plans. In May last year, Danish media again revealed that the NSA used its partnership with Danish intelligence to spy on leaders and senior officials of European Allies, including German Chancellor Angela Merkel.

Related news
The English name of Chinese liquor has been changed: Chinese Baijiu has been officially launched
Exposure! The US government has asked WhatsApp to track the information of seven Chinese users
Hot news this week
Templates for creating new Twitter in the future? Musk's praise of WeChat has triggered a heated discussion on the whole network
Tencent Music's TME live will re-screen Jay Chou's concert on may 20 and 21
Sony's new LinkBuds S headset parameter exposure: only 4.8 grams of comprehensive battery life 20 hours
Weak demand in the mobile market! Domestic shipments of mobile phones fell 40.5% in March to a two-year low
Henan 4 village bank line cannot withdraw cash? CBRC responds! The public security organs have registered an investigation
Baidu: In 2021, an average of 56 billion malicious information of all kinds will be intercepted every year
"Chinese version of LV" is re -executed 680 million! Reporting the property clues of the chairman, up to 8.66 million yuan
Still did it! Canada has banned Huawei and ZTE from participating in the country's 5G network on "national security" grounds
Pig companies continue to increase technology, just launched the smart pig farm, another 100 million to set up a technology company
The Jingdong Express bulk order sent to Shanghai across the country is completely static? JD.com: Not true No such information has been published
The most popular news this week
The domestic screens are rolled to the 2K screen. Why don't Apple follow the roll?
B station was exposed to layoffs: involving games, overseas business, OGV and other departments
Continuous business adjustment? Ali has been exposed to many sectors layoffs, and the scale of spring recruitment has shrunk sharply
Exposure of Tencent's game business or layoff 10 %: CSIG business group has previously layoffs 15 %
Meizu 19 series coming? Meizu mobile phone appearance patent disclosure: the return of secondary screen
Jingdong crowdfunding 10000mAh mobile power supply: with Apple Lightning and Type-c dual wires
Mobile phone chip CPU energy efficiency ranking: it is comparable to A14
What can we learn about m& # 111nkeypox cases in many countries around the world?
Alibaba Daniel Zhang connects 300 platform merchants: do more practical things for merchants
At the age of 58, he was elected as the chairman of Everbright Bank! Former President of Bank of China and Construction Bank