According to the feedback from players, in the New Year's event of "Harry Potter: Magical Awakening", the Spring Festival costumes originally planned to be sold directly were replaced by a double roulette mechanism with a very deep paying depth.And adjusted the original roulette reward to a cumulative reward of 5888 yuan. 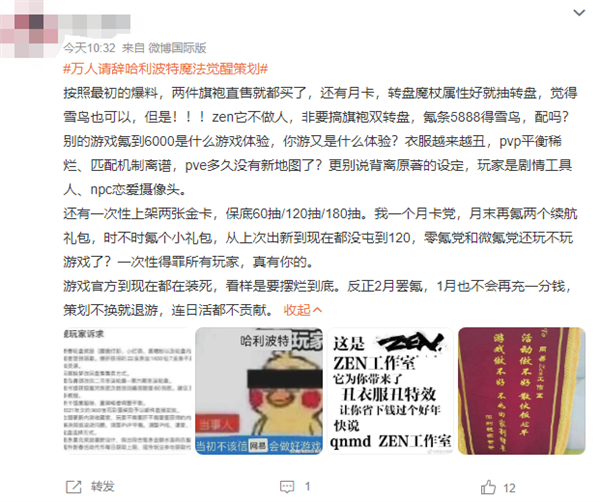 At the same time as the depth of payment increased, the 22 clockwork (roulette lottery tokens) originally promised to be sent as event rewards were also adjusted, from free gifts to event rewards, and the requirements were more stringent.

On the other hand, while the cost of obtaining event costumes has risen, some players have pointed out that the design of the new costume is not as good as the previous version of the costume,The quality of the garment was questioned for not matching the high price.

In addition, some players believe that the "silent" strength of the new cards added to the game after the update is too high, which seriously affects the environmental balance in the game, and said that the new 180 pumping base setting of the game is unreasonable, and there is a "krypton" situation. 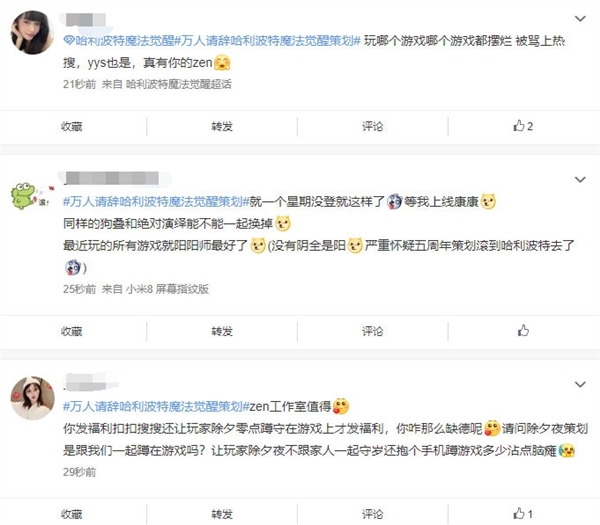 "Harry Potter: Magical Awakening" is a mobile game that NetEase publicly tested on September 9, 2021, and the game is developed and operated by ZEN Studio, the development team of NetEase's blockbuster mobile game "Yin and Yang Division".

After the launch, Harry Potter: Magic Awakening quickly attracted a large number of players and became NetEase's "ace" mobile game in 2021, but at the same time, there have always been players who are dissatisfied with the environment of the game "liver and krypton".This incident can be seen as an outbreak of long-term discontent among players. 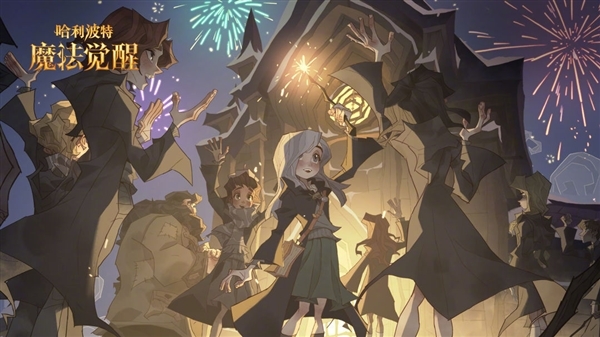 Related news
Ten consecutive quarters? The NetEase game is not here
September 2021 Top 10 of the world's most popular mobile gaming revenue: Original God topped the list
NetEase's most mysterious game team personnel changes exposed
'Harry Potter: The Magic Awakens' insults female players Netease response
Harry Potter hand-walking "insulting women"? The official response was BUG
NetEase's "Harry Potter: Magical Awakening" topped the hot search list: "liver and krypton" caused player dissatisfaction
Thousands of people resign NetEase game planning follow-up Harry Potter mobile game official apology
The game planning was asked by tens of thousands of people to resign from the hot search! Harry Potter: Magical Awakening apologies
Harry Potter hand tour planning is hot and searching, what is the gold mode?
Hot news this week
Templates for creating new Twitter in the future? Musk's praise of WeChat has triggered a heated discussion on the whole network
Tencent Music's TME live will re-screen Jay Chou's concert on may 20 and 21
Sony's new LinkBuds S headset parameter exposure: only 4.8 grams of comprehensive battery life 20 hours
Weak demand in the mobile market! Domestic shipments of mobile phones fell 40.5% in March to a two-year low
Henan 4 village bank line cannot withdraw cash? CBRC responds! The public security organs have registered an investigation
Baidu: In 2021, an average of 56 billion malicious information of all kinds will be intercepted every year
"Chinese version of LV" is re -executed 680 million! Reporting the property clues of the chairman, up to 8.66 million yuan
Still did it! Canada has banned Huawei and ZTE from participating in the country's 5G network on "national security" grounds
Pig companies continue to increase technology, just launched the smart pig farm, another 100 million to set up a technology company
The Jingdong Express bulk order sent to Shanghai across the country is completely static? JD.com: Not true No such information has been published
The most popular news this week
The domestic screens are rolled to the 2K screen. Why don't Apple follow the roll?
B station was exposed to layoffs: involving games, overseas business, OGV and other departments
Continuous business adjustment? Ali has been exposed to many sectors layoffs, and the scale of spring recruitment has shrunk sharply
Exposure of Tencent's game business or layoff 10 %: CSIG business group has previously layoffs 15 %
Meizu 19 series coming? Meizu mobile phone appearance patent disclosure: the return of secondary screen
Jingdong crowdfunding 10000mAh mobile power supply: with Apple Lightning and Type-c dual wires
Mobile phone chip CPU energy efficiency ranking: it is comparable to A14
What can we learn about m& # 111nkeypox cases in many countries around the world?
Alibaba Daniel Zhang connects 300 platform merchants: do more practical things for merchants
At the age of 58, he was elected as the chairman of Everbright Bank! Former President of Bank of China and Construction Bank