Deposit time coin pension, what is the upcoming "time bank" in Beijing?

According to the standards proposed by the United Nations in 1956, when the number of elderly people aged 65 and above in a country (region) accounts for more than 7% of the total population, it means that the country (region) has entered an aging society. That is to say, China's population structure has not only entered the aging, but also may transition from mild aging to moderate aging in a very short period of time. 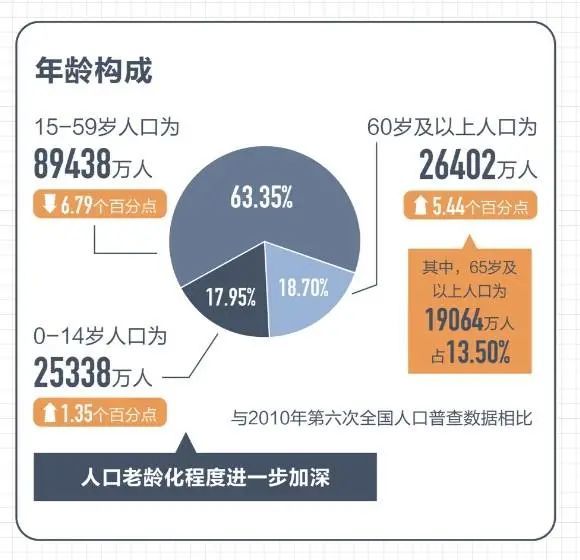 Accelerated aging has spawned a great demand for pension services, so how to better combine family pensions with social pensions to meet the needs? It is an urgent problem that needs to be solved. At the two sessions that ended recently, the government work report clearly proposed the development of the "time bank" mutual assistance pension model as a task of the municipal government. After that, Beijing launched a new measure to alleviate the pressure on pension services - time bank. 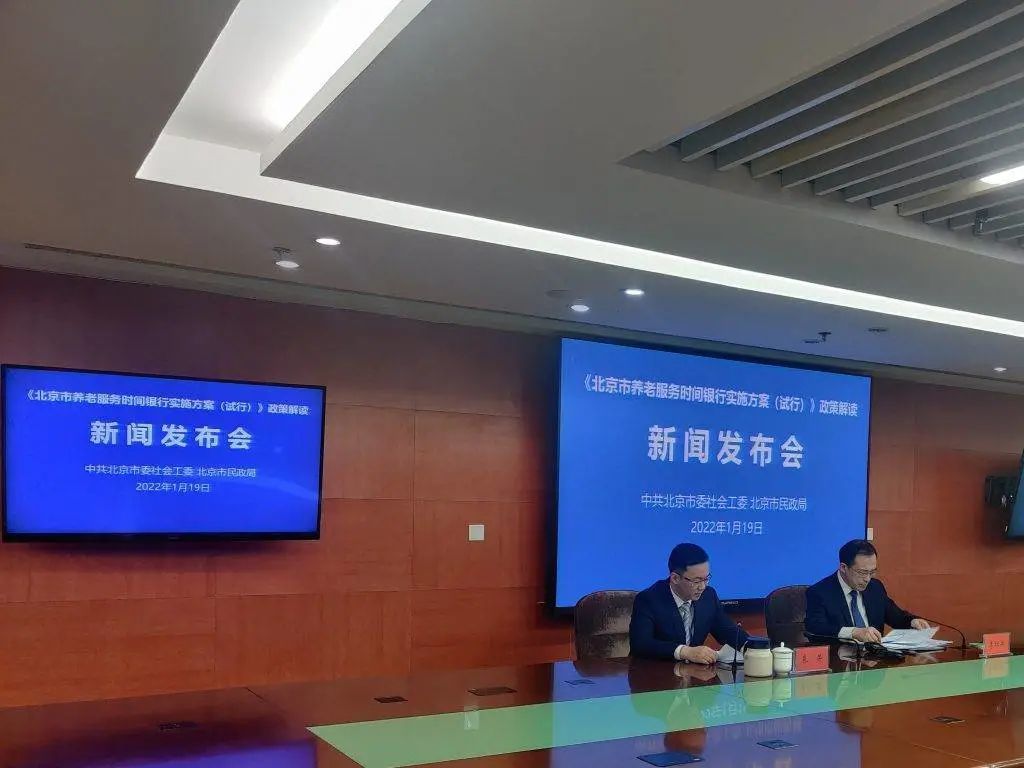 In the "Beijing Pension Service Time Bank Implementation Plan (Trial)" that will be implemented from June 1, 2022, it can be seen that the "time bank" is a "time for time" model, in fact, this public welfare mutual assistance pension model, which has been practiced abroad, has also entered China in the last century, and Shanghai, Wuhan, Nanjing and other cities have been implemented on a small scale.

According to Beijing's Implementation Plan, permanent residents of Beijing who are at least 18 years old, enthusiastic about public welfare undertakings, and physically and mentally healthy, or who are under the age of 18 in Beijing who participate in volunteer services for the elderly under the leadership of their guardians, can become volunteers and establish corresponding personal accounts in the "Time Bank". 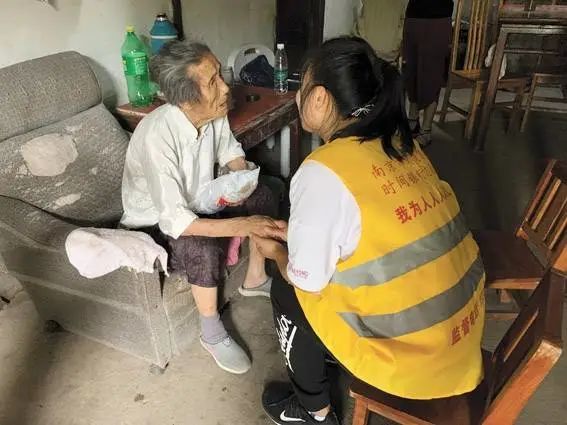 Volunteers can obtain "time coins" by providing pension volunteer service time, and for each hour of service, they will receive 1 "time coin" and deposit it into their personal account, which can be used to exchange for related pension services and be deposited and exchanged throughout the city. Accumulating 10,000 (10,000 hours ≈ 416 days) can also be accommodated in public pension institutions. Volunteers can redeem services of the same length after the age of 60 for their own use, or they can give them to their parents, grandparents and other immediate family members, so that their relatives can enjoy the service.

The service content of "Time Bank" mainly includes eight categories: emotional comfort, assistance services, travel accompaniment, cultural and sports activities, health science popularization, legal aid, training seminars, and guidance on preventing financial and network risks. Each district will also optimize the service content of the "Time Bank" according to the actual situation of the elderly in the district and the professional characteristics and distribution of volunteers, and launch service items that meet the needs of personalized services. 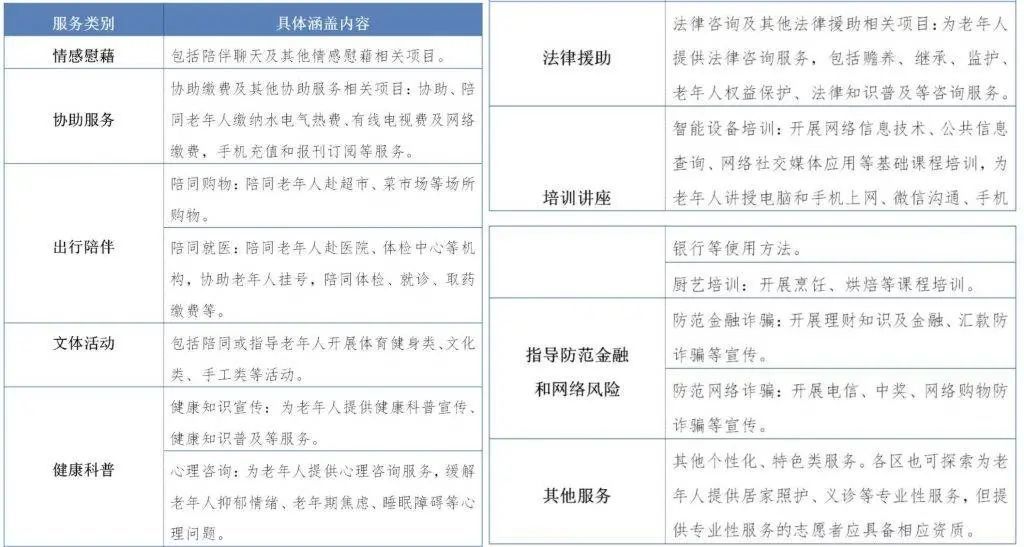 Li Hongbing, deputy director of the Beijing Civil Affairs Bureau, mentioned that the purpose of launching the "Time Bank" for elderly care services is to encourage and support the whole society to provide volunteer services for the elderly, and to promote the resources generated by this service to form a sustainable cycle among individuals, families and society. In other words, the "time bank" to some extent just makes up for the shortage of personnel in the current pension service.

According to the idea of the "time bank" when formulating, time can generate exchange value, turning services into mutual assistance and cooperation, which can greatly mobilize people's enthusiasm and let more volunteers participate in old-age services, thereby alleviating the shortage of nursing staff and other problems. Although the idea is good, it is not easy to realize.

The basis of the mutual assistance model of the "time bank" actually has certain requirements for people's ideological consciousness. There is a need for a sense of obligation and identity, and if it is lacking, it will be difficult to organize and participate. And the reward mechanism currently set looks at more than ten years or even decades later, and is also a challenge to the trust of society. 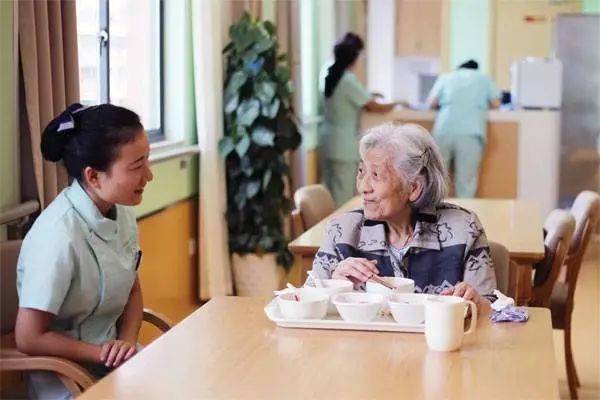 For the more core part of the "time bank", there are also many people who have concerns, such as the standardization of the service and whether it can run stably for a long time.

Regarding the standardization of the "time bank", the current plan of Beijing is to adopt Internet +, big data, artificial intelligence and other means to accurately connect supply and demand information through information management platforms such as WeChat Mini Programs or APP, and adopt "intelligent" supervision of services.

For example, the information management platform is used to log in, authenticate, publish information, record time and other operations; for volunteers participating in multiple services at the same time, high-frequency two-way service, abnormal late-night service, "time coin" frequent gifts and other abnormal situations, the account will be reminded and tracked to prompt and track service behavior. If fraudulent conduct is verified, measures such as canceling the qualification for the identification and recording of information on volunteer service for the elderly and including it in the list of untrustworthiness of Beijing elderly care service institutions will be taken.

In addition, in the current scope of services covered by "Time Bank", volunteers who are involved in professional services such as finance and law should have corresponding qualifications. 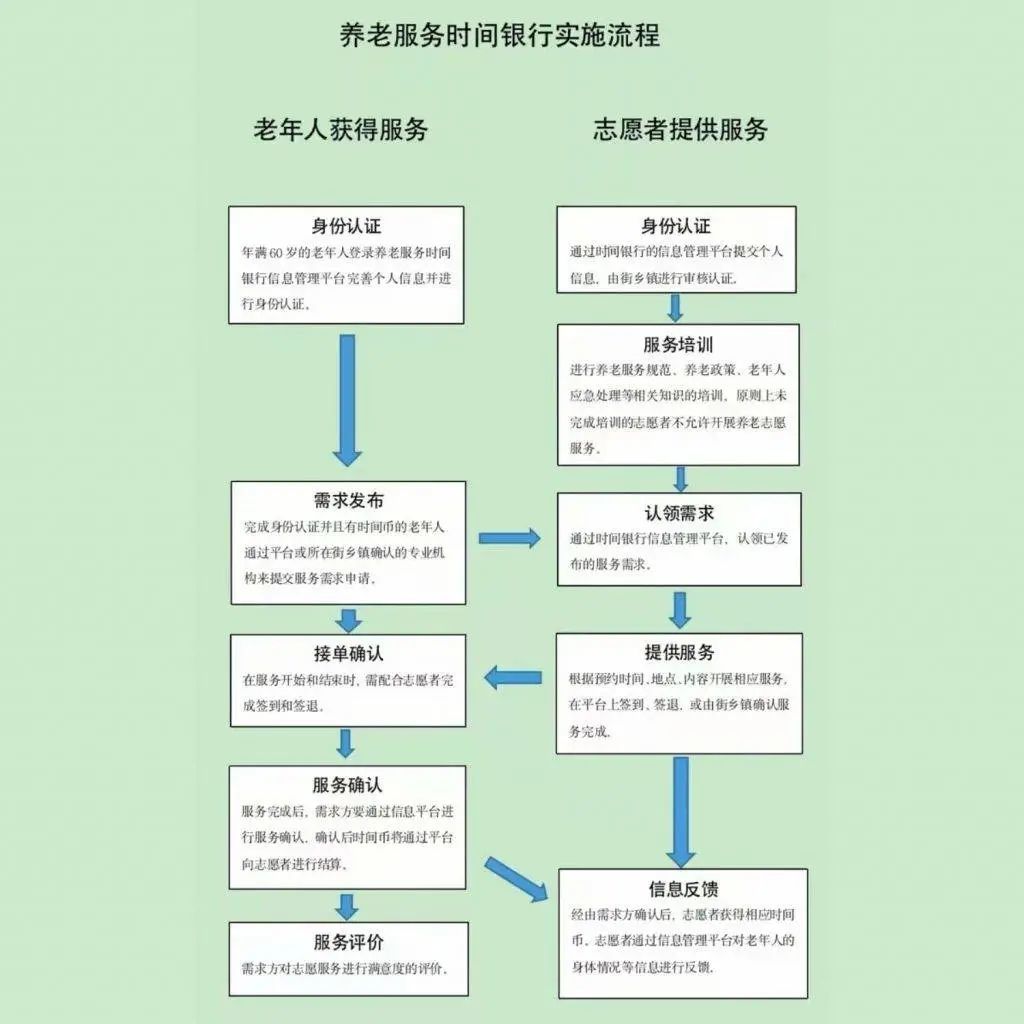 Questions about how to ensure the security of the continuous operation of the "Time Bank". Li Hongbing introduced: This year's government work report will take the "time bank" as a task of the municipal government, and the risks it faces will be designed accordingly in advance and in the event.

He also mentioned that with the endorsement of the government's credibility, on the basis of the underlying logic of today's release plan, the specific measures in the future will be continuously updated. For the daily management and implementation of supervision of the time bank, there should be capital preparation, and it is called to complete multi-channel fundraising through social donations to resist the operational risks of the time bank.

Related news
Microsoft's new free windows 10 theme: beach time premium
NVIDIA RTX 3060 / 3070 mobile graphics card 3dmark time spy
China Vows Full Carbon Neutralization for Beijing Winter Olympics
Hot news this week
The developer of the dating app Tinder has reached an agreement with Google over billing rules for its app store
Red Elf Lightning erupts in the Himalayas Spectacular Spectacle: Experts Reveal What Exactly Is This?
The founder of the Internet Quick Hand Su Hua was taken away for investigation, and the fast hand responded: the news was not true
Or for Studio Display Pro, the release of Apple's 27-inch Mini LED-backlit Display has been delayed by October
One picture to understand! Blue Factory has issued 3 new machines in a row: self-developed chip blessing, the narrowest lower border
Huawei and the Chinese Academy of Sciences jointly developed the new 3D DRAM solution is expected to break through the key root technology of storage
Tencent established a smart technology company in Chengdu, and its business scope includes Internet data services
I once touched the ceiling of the mobile phone screen! Well-known brands announced that the new flagship is the first to carry the Snapdragon 8+
Or has it been spread insidiously in Communities in Europe and the United States: Should We Be Worried About Monkeypox? Experts demystify
Economist credit card monthly bill $11.4! Only paying for a purchase of Tencent Music, the account manager is busy "condolences"
The most popular news this week
Pinduoduo Q1 revenue of 23.8 billion increased by 7% Technology and agricultural strategy into a dual engine
Musk: Tesla peripheral products can be purchased with Dogecoin
Luo Dayou Sun Yanzi brushed the scenes behind the screen and Tencent began to grab traffic again
Pinduoduo revenue in the first quarter of 23.8 billion increased by 7% year -on -year
Chinese stocks closed mostly up on Friday, Pinduoduo rose more than 15% Kingsoft Cloud rose more than 7%
Expert: Concerns that emojis cause expression to feel less susceptible may be exaggerated
The Changwu B rocket arrives at the Wenchang launch site and will launch the Wentian Experimental Module of the Chinese space station in July
The DuckDuckGo browser was found to have quietly allowed Microsoft to track it
Pinduoduo released the first quarter report, with a revenue of 23.8 billion yuan, starting the technology flow
Can air disinfection stick kill 99.9%coronary virus? Experts: Several levels of concentration are different