With the improvement of genuine consumption, copyright ecology is perfect, pay member service is already an important source of video audio-visual manufacturers' income.

For example, QQ music, some VIP songs such as Jay Chou, Lin Junjie, etc. The songs of Lin Junjie are not open to ordinary registered users, and even audition is only very short. 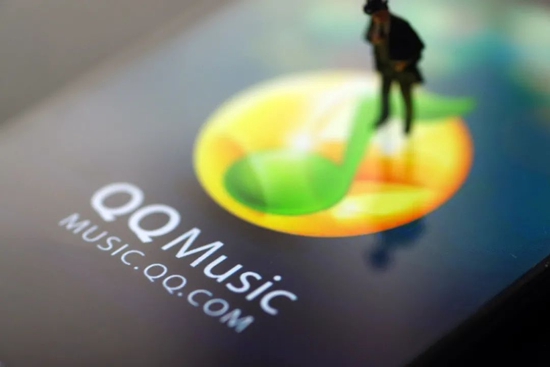 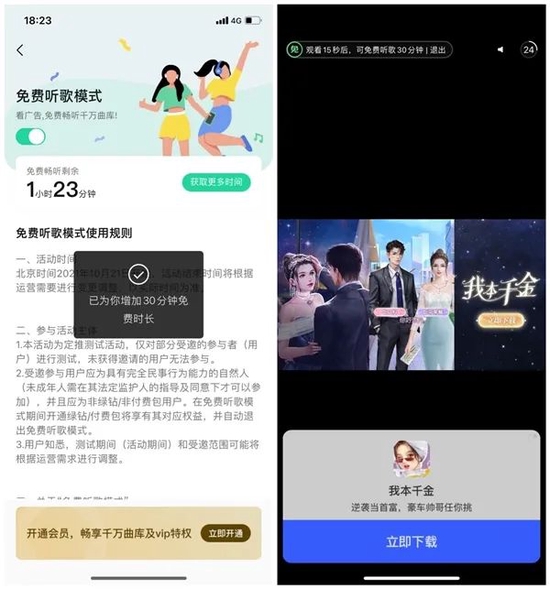 Previously, Tencent was announced in August 2021 to abandon the exclusive authorization of music. However, as of now, Jay Chou's songs still failed to visit Netease cloud music.

Invited to participate in the test user can enter the free listening song mode through the QQ music app, and the input mode means that the user has read, understands and agrees to the usage rules.

Again, if the user wants to withdraw from the free listening song mode, you can close the exit by "My-Free Picture, Close Free Mode", and exit it, if you exit, you will be empty, you will be able to listen to songs, if you want to re-open it, you can still " My "page is turned on via the free mode entry.

Finally, QQ music is free to listen to songs for natural duration. From acquisition, the user needs to use as soon as possible during the validity period, and the time countdown end will automatically exit the free listening song mode.

Previous Tencent has given up

On July 24, 202, the State Market Supervision Administration is notified, and Tencent Holdings Co., Ltd. is ordered to cancel the exclusive copyright of online music. 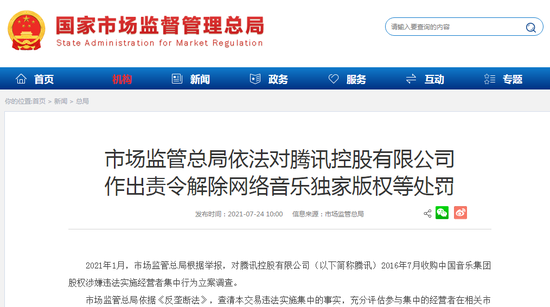 Tencent announced in the evening of June 31, 2021, and abandoned the exclusive authorization of music. 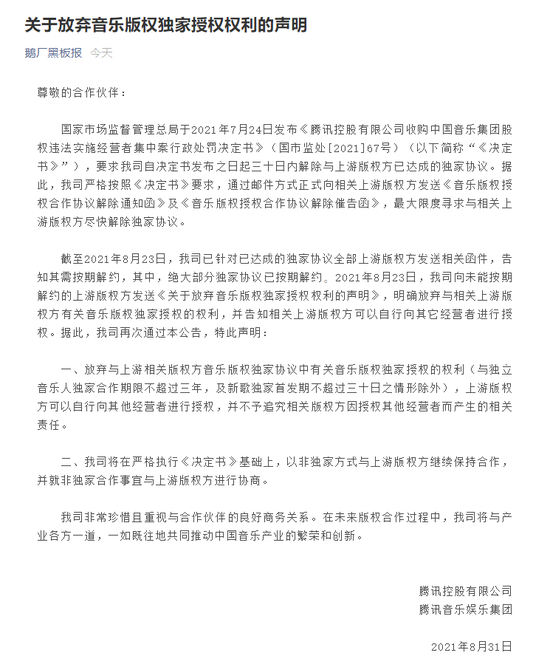 At the time, the first one of the netizens was "Zhou Dong's", "because Tencent Music has always been exclusive copyright of Jay Chou's song. 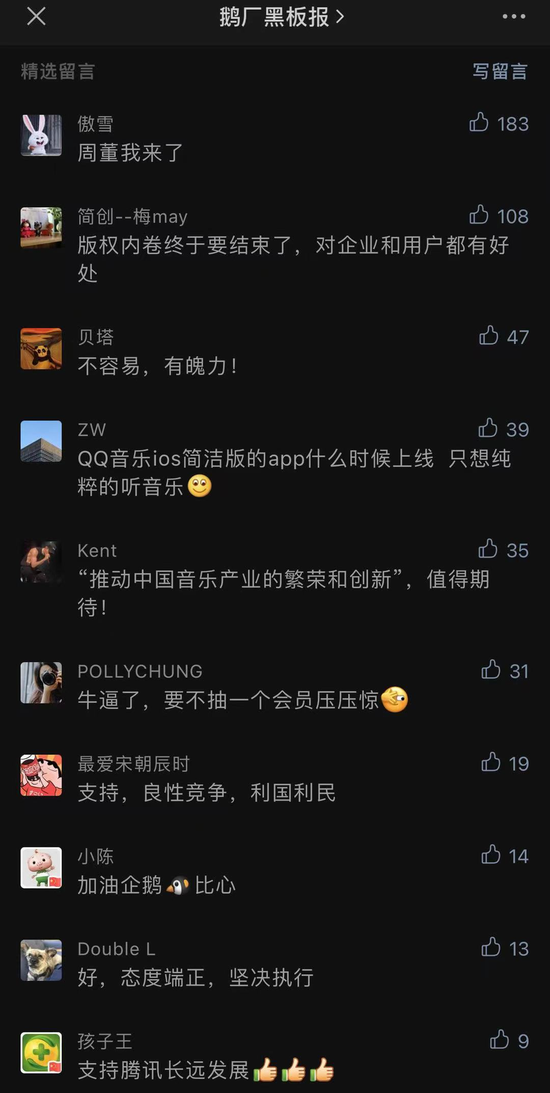 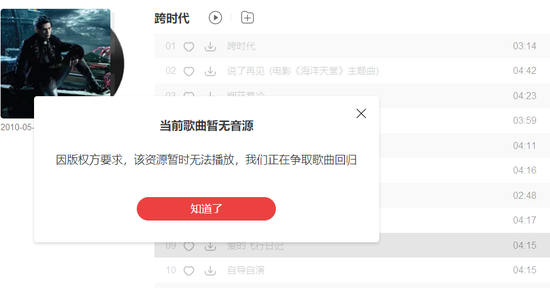 Related news
Jay Chou = Jay, but "Jay walk" is not Jay Chou walking
QQ music vs Netease cloud, next battlefield in community
Jay Chou has topped Apple Music's TOP100 list
Tencent QQ Music Test Watch Ads Listen to Songs For Free Watch an ad for 30 minutes
Can Jay Chou listen free? Look at 15 seconds, listen to 30 minutes song, QQ music internal test free listening song mode
Look at 15 seconds, listen to songs 30 minutes? QQ music watching advertising free listening to songs You will go?
Hot news this week
Templates for creating new Twitter in the future? Musk's praise of WeChat has triggered a heated discussion on the whole network
Tencent Music's TME live will re-screen Jay Chou's concert on may 20 and 21
Sony's new LinkBuds S headset parameter exposure: only 4.8 grams of comprehensive battery life 20 hours
Weak demand in the mobile market! Domestic shipments of mobile phones fell 40.5% in March to a two-year low
Henan 4 village bank line cannot withdraw cash? CBRC responds! The public security organs have registered an investigation
Baidu: In 2021, an average of 56 billion malicious information of all kinds will be intercepted every year
"Chinese version of LV" is re -executed 680 million! Reporting the property clues of the chairman, up to 8.66 million yuan
Still did it! Canada has banned Huawei and ZTE from participating in the country's 5G network on "national security" grounds
Pig companies continue to increase technology, just launched the smart pig farm, another 100 million to set up a technology company
The Jingdong Express bulk order sent to Shanghai across the country is completely static? JD.com: Not true No such information has been published
The most popular news this week
The domestic screens are rolled to the 2K screen. Why don't Apple follow the roll?
B station was exposed to layoffs: involving games, overseas business, OGV and other departments
Continuous business adjustment? Ali has been exposed to many sectors layoffs, and the scale of spring recruitment has shrunk sharply
Exposure of Tencent's game business or layoff 10 %: CSIG business group has previously layoffs 15 %
Meizu 19 series coming? Meizu mobile phone appearance patent disclosure: the return of secondary screen
Jingdong crowdfunding 10000mAh mobile power supply: with Apple Lightning and Type-c dual wires
Mobile phone chip CPU energy efficiency ranking: it is comparable to A14
What can we learn about m& # 111nkeypox cases in many countries around the world?
Alibaba Daniel Zhang connects 300 platform merchants: do more practical things for merchants
At the age of 58, he was elected as the chairman of Everbright Bank! Former President of Bank of China and Construction Bank