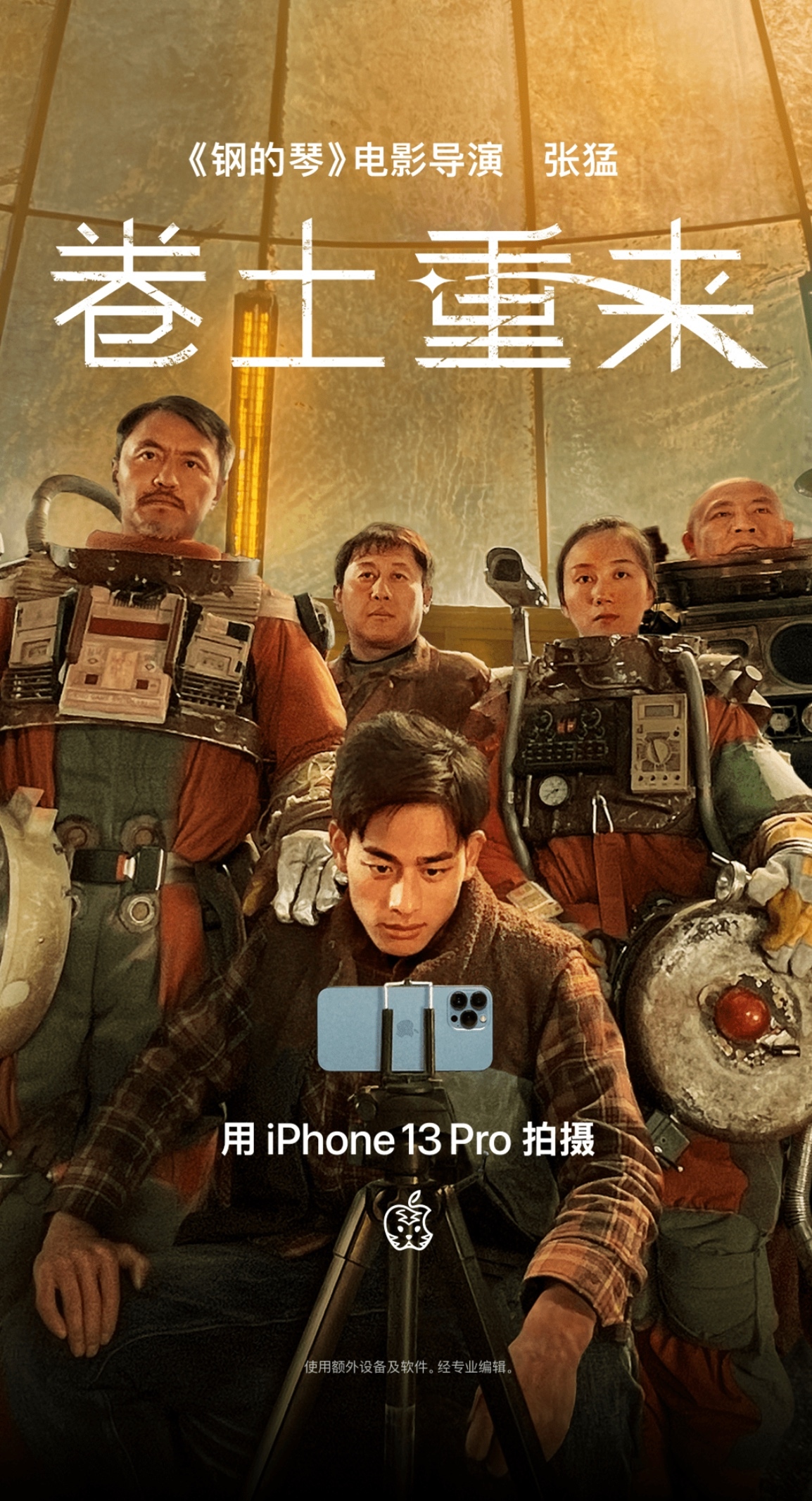 Since 2018, Apple has invited well-known directors and actors to use iPhones to create New Year short films on the eve of the Chinese New Year for five consecutive years, and the content themes are also around family, reunion or New Year. Unlike previous years, this year's "Comeback" style is more witty and humorous. The film starts from the perspective of a son with a broken dream in the movie, and conveys the energy of persistence and faith by shooting a Mars movie with the villagers in order to save the village and make the village an Internet celebrity attraction with his whimsical father.

In the story, the father and son represent the different attitudes of the two generations to their dreams: the son was injured in the film, the dream was shattered and returned home; the father was full of enthusiasm for the dream of revitalizing his hometown, and slowly regained his son's enthusiasm through filming. The whole film conveys people's persistence in their dreams and their love for their hometown. 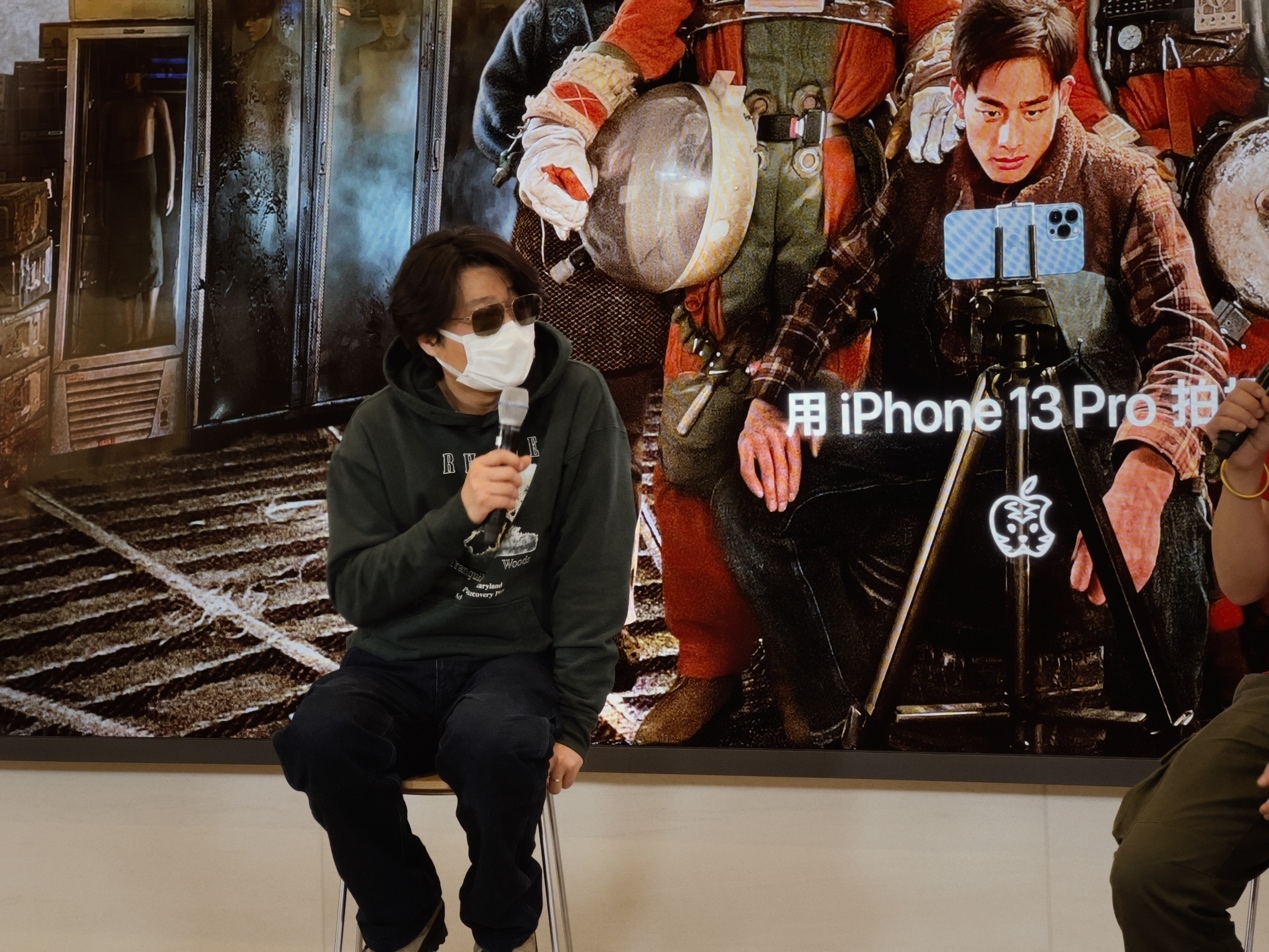 This year's short film is still shot by the iPhone 13 Pro, and the filming director of the film, Luo Dong, also said in an interview that through the iPhone 13 Pro's movie mode, macro mode and other functions, as well as the iPhone's excellent stabilization and portable volume, they have achieved many more complex shots in traditional shooting, making it easier to cope with bad shooting weather. Luo Dong revealed in the interview that in the initial creation, the team was designed according to the lens language of the film, and the film mode also helped them better express their emotions, Luo Dong said: "The change of focus is also a change of emotion. ”

Even the surface of Mars in the movie is achieved by shooting the bottom of the pot in the macro mode of the iPhone; props such as the Mars rover are also filmed through the model of the real-life macro shooting. 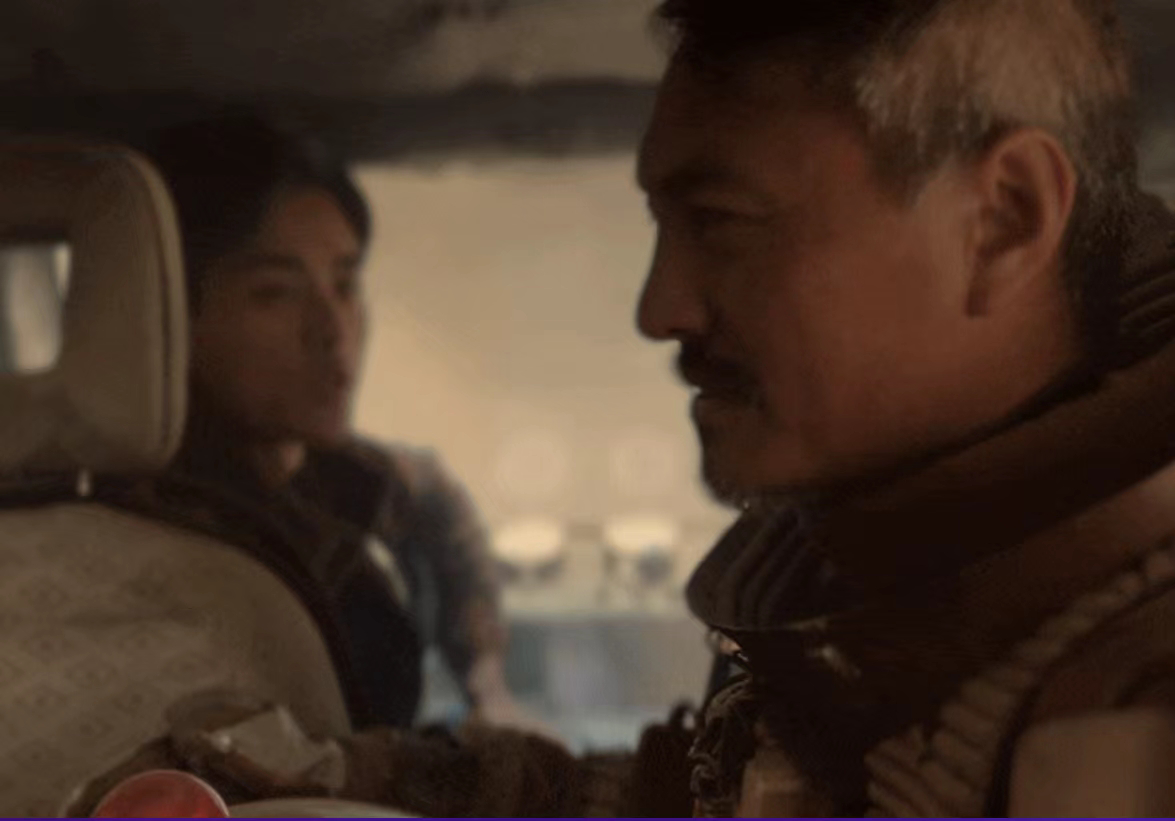 In the behind-the-scenes footage, you can also see that many of the motion shots are done by fixing the iPhone to the car or holding it, "when thinking in the language of the movie, the iPhone brings a new idea", Luo Dong mentioned, "because the iPhone is too small to be placed in any place", so it can also have better flexibility when creating.

As Apple's fifth Chinese New Year film, "Comeback" conveys the love for their hometown and encourages people to stick to their dreams. Looking back at past videos, it can be seen that Apple's New Year videos are becoming more and more rich in emotional communication, and the shooting equipment is becoming more and more simple. It is also a way to encourage everyone to hold up their mobile phones anytime and anywhere to record their lives and create content, so that people can better chase their dreams.

Related news
What is the Mars 2020 Mars Rover? Go to the NASA assembly room and have a look.
NASA Mars 2020 probe completes the first "stand up"
NASA's'Moon to Mars'project may face huge changes
NASA is finally going to unveil the official name of Mars 2020
16 years into China forced to stop playing online games "Eve" new comeback: Netease agent
Some iPhone 13/Pro "failure" does not support the Apple Watch unlock screen
Apple's 2022 New Year's Eve short film "Comeback" iPhone 13 Pro will turn the countryside into Mars
Hot news this week
The developer of the dating app Tinder has reached an agreement with Google over billing rules for its app store
Still did it! Canada has banned Huawei and ZTE from participating in the country's 5G network on "national security" grounds
Red Elf Lightning erupts in the Himalayas Spectacular Spectacle: Experts Reveal What Exactly Is This?
Shipments in the first quarter fell 11%, exposed Xiaomi, OPPO, Vivo cut orders 20%, Apple bucked the trend to increase production
The founder of the Internet Quick Hand Su Hua was taken away for investigation, and the fast hand responded: the news was not true
Wang Xiang, president of Xiaomi, explained that a shortage of low-end chips is a major challenge in overseas markets
Or for Studio Display Pro, the release of Apple's 27-inch Mini LED-backlit Display has been delayed by October
Tencent Q1: The business service business has "slightly decreased" year -on -year, and resource centralized video cloud and network security | View financial report
One picture to understand! Blue Factory has issued 3 new machines in a row: self-developed chip blessing, the narrowest lower border
Sony released the active noise-canceling headphones WH-1000XM5, equipped with 2 chips and 8 microphones
The most popular news this week
Audi advertising poster photos only sell for 8 yuan? Photographers question the unreasonable use of the photo purchase
Twitter spent $150 million to settle privacy and security lawsuits with the U.S. government
Hong Kong Hang Seng Index Opens 0.5% Baidu Hong Kong Stocks Open More Than 2%
Amazon's new CEO participated in a shareholders' meeting for the first time: to restore normal profit, ready to cut off the excess warehouse
Baidu, Shunwei and Fosun are shareholders, and pharmaceutical Internet "unicorn" pharmacists help hand over the watch to the Hong Kong Stock Exchange
Google CEO Pichai: Recession fears intensify The cycle volatility in the tech industry is even more intense
Amazon CEO first appeared at the shareholders' meeting: to restore normal profit
Sony claims that the full recovery of membership upgrade fees is a technical error
Taobao 618 will be launched in the Yuan universe shopping: three -dimensional "shopping Taobao"
Yuncong will be listed on the Science and Technology Innovation Board on May 27 at 15.37 yuan per share