On January 24, tesla's internal emails reportedly showed that the Model Y produced by Tesla's Berlin gigafactory had begun to accept reservations and would be officially delivered to customers in March.

Exposure file display,The Tesla Model Y sedan produced at the Berlin factory has a range of 565km, equipped with a new 12V lithium battery pack, enhanced processor performance, and improved sound systems.The Tesla Model 3, which did not say when production will begin, is priced higher and has a range of up to 626 kilometers. 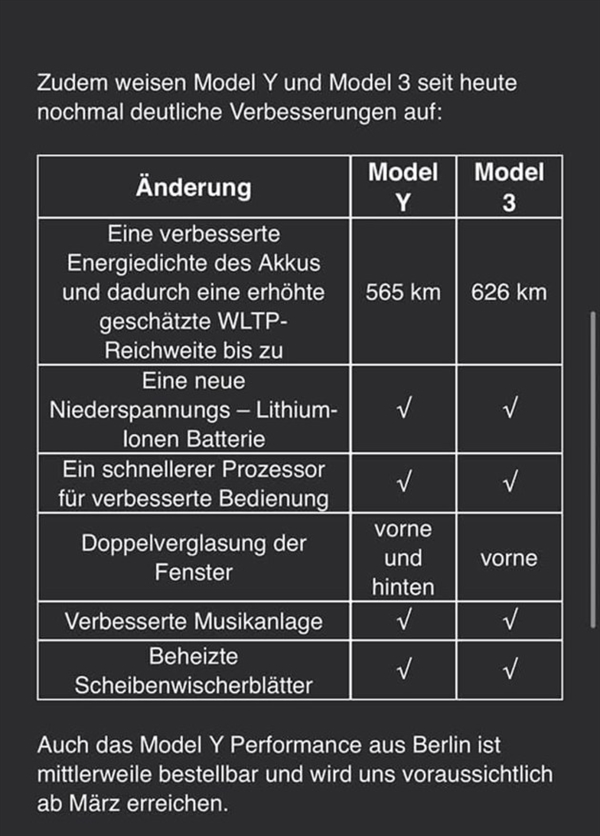 Prior to this, Tesla's Berlin Gigafactory was approved to produce 2,000 Model Ys, and this is the second time the factory has received a license to produce Model Y.

Previously, the factory was approved to produce 250 Model Ys for testing purposes, but the first 250 Model Ys produced did not meet Tesla's expectations in terms of quality.

Previously, Tesla, made in a German factory, has begun a road test, and the pictures exposed by netizens show the 11-digit VIN number of a Tesla Model Y in Norway, one of which is "B", according to Tesla's VIN decoder analysis, which means that the place of production belongs to "Berlin". 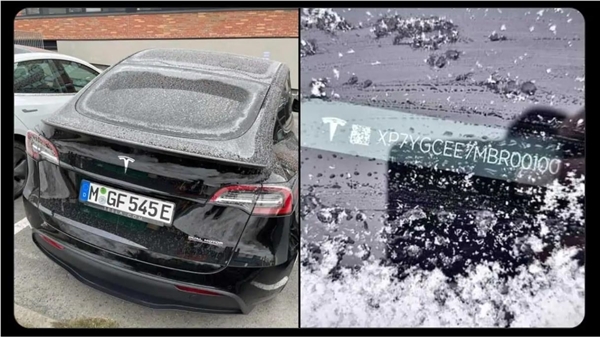 Previously, Musk had said that he would visit the Berlin factory in the near future to celebrate the successful production of the factory, but because the trip of his private plane was leaked, which may affect his personal safety, Musk changed his itinerary and is expected to visit Berlin, Germany in mid-February. 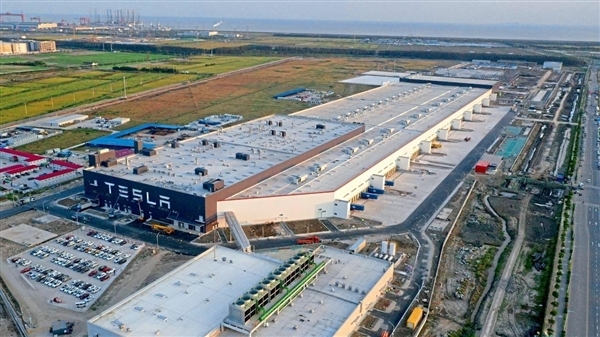 Related news
Foxconn has bought land in Vietnam: will iPhone "MADE IN VIETNAM" in the future? (figure)
Maybe next year you'll get an iPhone 12 labeled "made in India."
Real Lost Love Spell Caster in Jamaica-Brazil-Germany
Hot news this week
Templates for creating new Twitter in the future? Musk's praise of WeChat has triggered a heated discussion on the whole network
Tencent Music's TME live will re-screen Jay Chou's concert on may 20 and 21
Sony's new LinkBuds S headset parameter exposure: only 4.8 grams of comprehensive battery life 20 hours
Pig companies continue to increase technology, just launched the smart pig farm, another 100 million to set up a technology company
Weak demand in the mobile market! Domestic shipments of mobile phones fell 40.5% in March to a two-year low
Henan 4 village bank line cannot withdraw cash? CBRC responds! The public security organs have registered an investigation
Baidu: In 2021, an average of 56 billion malicious information of all kinds will be intercepted every year
"Chinese version of LV" is re -executed 680 million! Reporting the property clues of the chairman, up to 8.66 million yuan
Still did it! Canada has banned Huawei and ZTE from participating in the country's 5G network on "national security" grounds
The Jingdong Express bulk order sent to Shanghai across the country is completely static? JD.com: Not true No such information has been published
The most popular news this week
The domestic screens are rolled to the 2K screen. Why don't Apple follow the roll?
Apple spends a lot of money to build dinosaurs! Prehistoric Planet trailer released: Airs on Monday
The country line had dropped nearly 2K no one to buy! Apple's most non-existent new version of the new revealed helpless
The average price of AMD graphics cards is infinitely close to the original price NVIDIA still has a long way to go
B station was exposed to layoffs: involving games, overseas business, OGV and other departments
Continuous business adjustment? Ali has been exposed to many sectors layoffs, and the scale of spring recruitment has shrunk sharply
Exposure of Tencent's game business or layoff 10 %: CSIG business group has previously layoffs 15 %
Meizu 19 series coming? Meizu mobile phone appearance patent disclosure: the return of secondary screen
Jingdong crowdfunding 10000mAh mobile power supply: with Apple Lightning and Type-c dual wires
Mobile phone chip CPU energy efficiency ranking: it is comparable to A14