Whistleblower @evleaks today shared what appears to be a new rendering of the Galaxy S22 series, and it's all color schemes available. 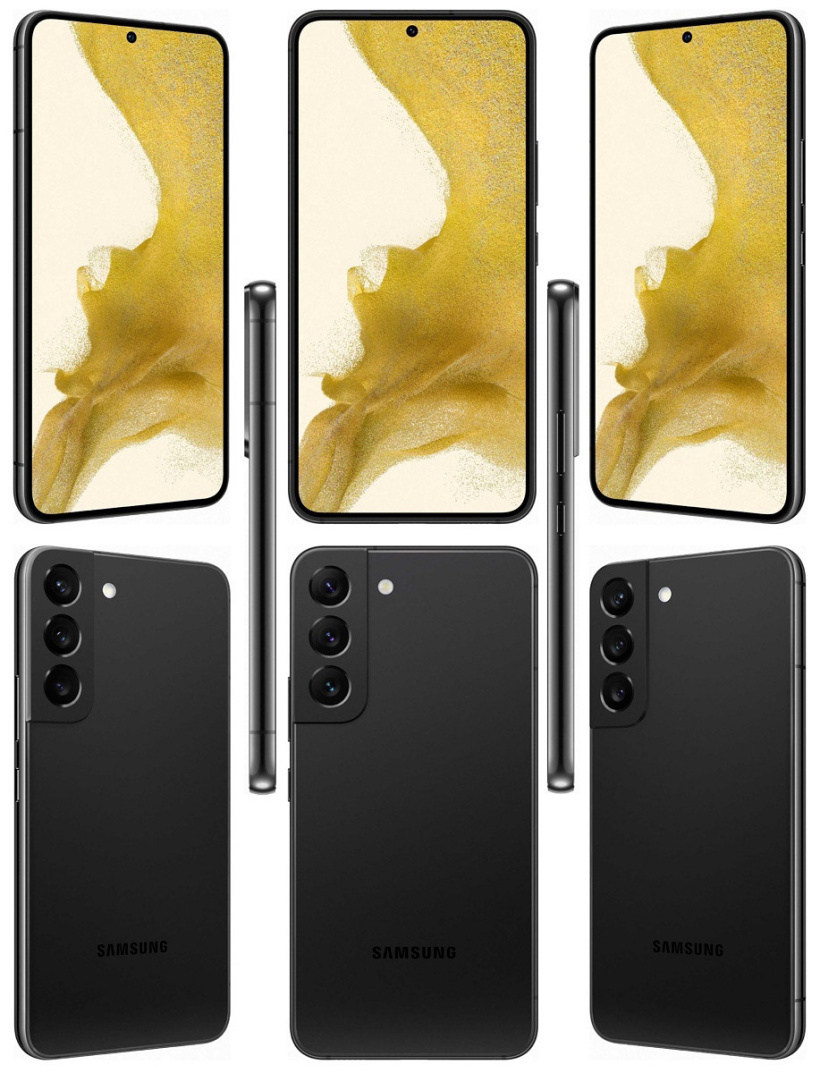 Consistent with the previously exposed rendering, the Galaxy S22 has four colors: black, pink, dark green, and white, marking the return of the black version of the cheapest Galaxy S phone, and the new green also looks good. 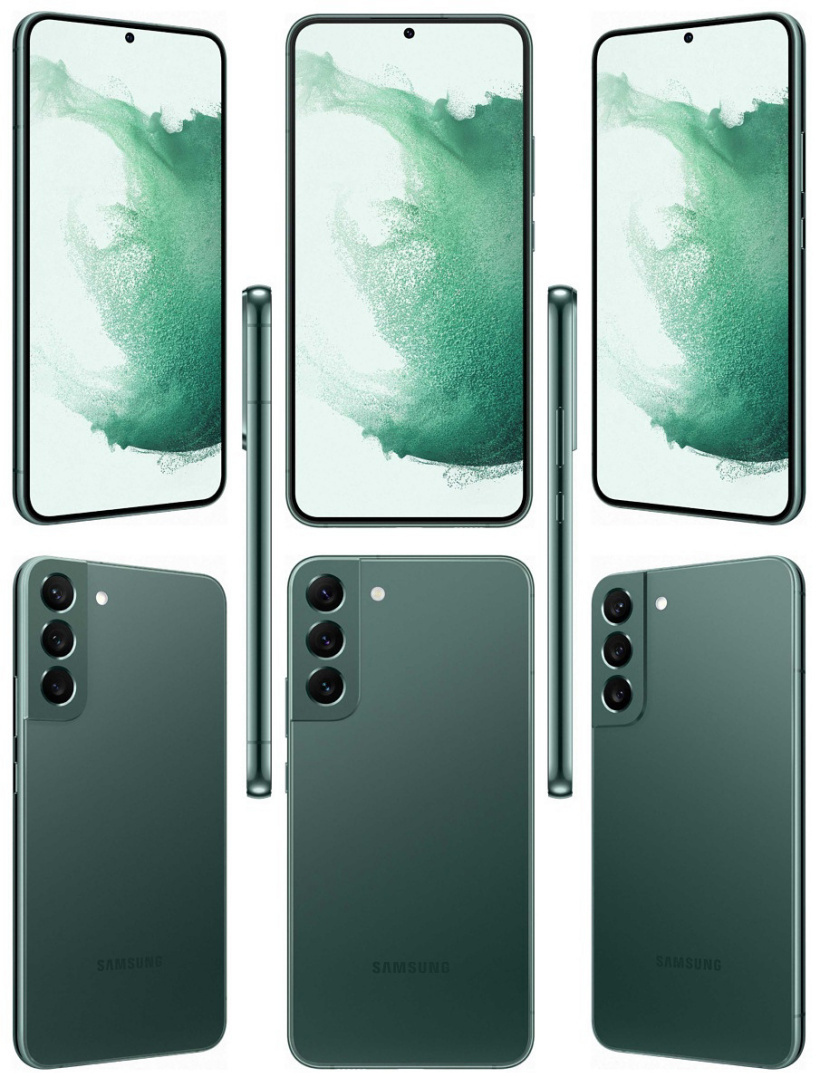 IT House found that the Galaxy S22 Plus looked almost exactly like the Galaxy S22, even with the same color scheme. Last year's Galaxy S21 Plus had some colors that were gradient colors, but the design of the S22 seems to be all solid colors. 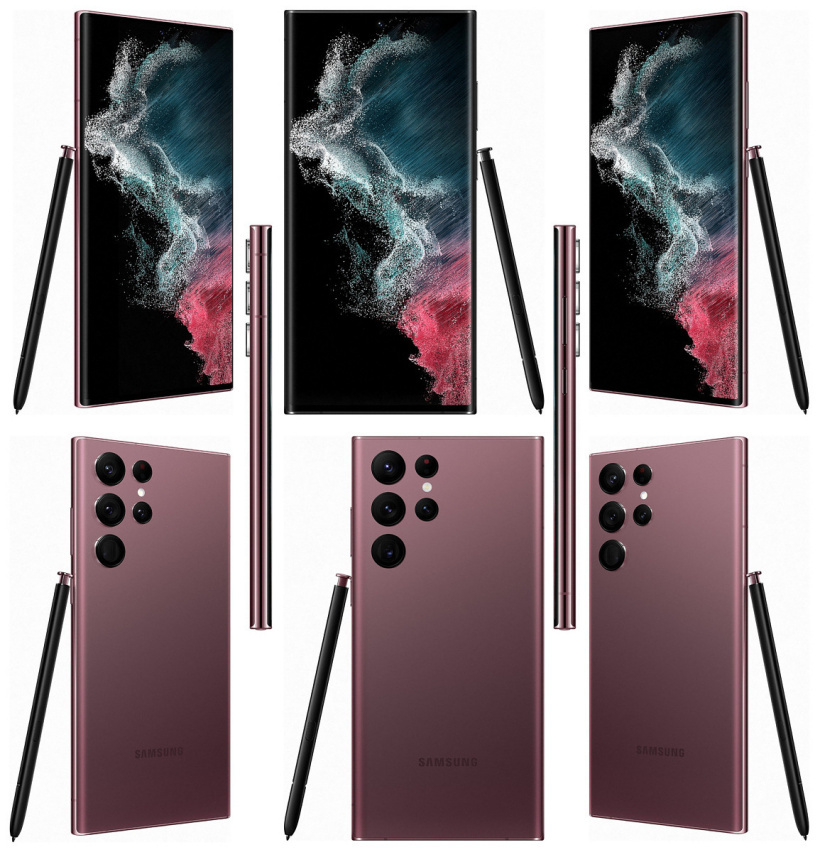 Finally, let's take a look at the Galaxy S22 Ultra, which is expected to replace the Galaxy Note series. The colors are mostly the same as the S22 and S22 Plus, except for pink, which is replaced with a darker hue.

Related news
It was reported that the Galaxy S22 Ultra had been renamed note 22 Ultra S22 Plus and the S22 Pro
Designer sharing Samsung Galaxy S22 Note Ultra Smart Concept Rendering Chart
Sources say the Samsung Galaxy S22 Ultra will support 45W fast charging
Samsung Galaxy S22 Ultra: Two flagship benefits of S21 Ultra and Note 20 Ultra
Exposure Samsung Galaxy S22 Ultra insists on 100 million pixels: add macro gameplay
God seems to Note 21 Ultra! Samsung Galaxy S22 Ultra Rendering Dialect
The Samsung Galaxy S22/Plus/Ultra European price exposure has not become cheaper
All color renderings of the Samsung Galaxy S22/Plus/Ultra flow out
Samsung Galaxy S22 Bank of China price is coming: the top match up to 12599 yuan!
Note Series Return in Ultra, Samsung Galaxy S22 Series China Release
Hot news this week
The developer of the dating app Tinder has reached an agreement with Google over billing rules for its app store
Red Elf Lightning erupts in the Himalayas Spectacular Spectacle: Experts Reveal What Exactly Is This?
The founder of the Internet Quick Hand Su Hua was taken away for investigation, and the fast hand responded: the news was not true
Or for Studio Display Pro, the release of Apple's 27-inch Mini LED-backlit Display has been delayed by October
One picture to understand! Blue Factory has issued 3 new machines in a row: self-developed chip blessing, the narrowest lower border
Huawei and the Chinese Academy of Sciences jointly developed the new 3D DRAM solution is expected to break through the key root technology of storage
Tencent established a smart technology company in Chengdu, and its business scope includes Internet data services
I once touched the ceiling of the mobile phone screen! Well-known brands announced that the new flagship is the first to carry the Snapdragon 8+
Or has it been spread insidiously in Communities in Europe and the United States: Should We Be Worried About Monkeypox? Experts demystify
Economist credit card monthly bill $11.4! Only paying for a purchase of Tencent Music, the account manager is busy "condolences"
The most popular news this week
Pinduoduo Q1 revenue of 23.8 billion increased by 7% Technology and agricultural strategy into a dual engine
Musk: Tesla peripheral products can be purchased with Dogecoin
Luo Dayou Sun Yanzi brushed the scenes behind the screen and Tencent began to grab traffic again
Pinduoduo revenue in the first quarter of 23.8 billion increased by 7% year -on -year
Chinese stocks closed mostly up on Friday, Pinduoduo rose more than 15% Kingsoft Cloud rose more than 7%
Expert: Concerns that emojis cause expression to feel less susceptible may be exaggerated
The Changwu B rocket arrives at the Wenchang launch site and will launch the Wentian Experimental Module of the Chinese space station in July
The DuckDuckGo browser was found to have quietly allowed Microsoft to track it
Pinduoduo released the first quarter report, with a revenue of 23.8 billion yuan, starting the technology flow
Can air disinfection stick kill 99.9%coronary virus? Experts: Several levels of concentration are different