NASA said Wednesday that the first mission in NASA's plan to bring humans back to the moon was delayed until the spring at the earliest, saying it needed more time to complete safety checks. 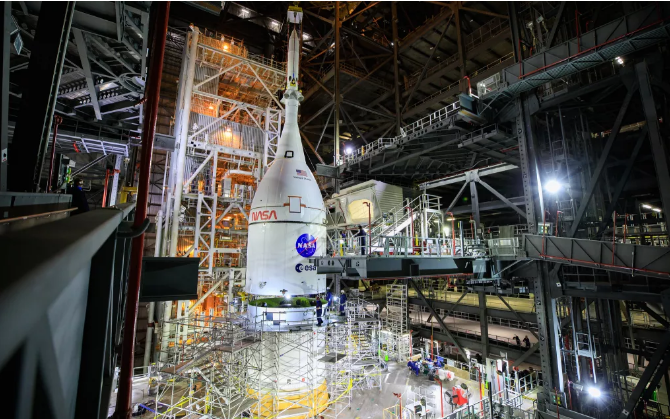 The launch of Artemis I was originally scheduled for late 2021, but was later postponed twice and will now take place no earlier than April.

"The team is working step by step to ensure the integrated system is ready for the safe launch of the Artemis I mission. NASA is reviewing launch opportunities in April and May," NASA said in a statement.

Artemis One will be an unmanned flight test, but will mark the true beginning of the program, which could eventually bring the first women and the first people of color to the moon.

Artemis I will also be the first flight of a Large Space Launch System (SLS) rocket that will carry the Orion capsule to the moon, sending it into orbit before returning to Earth.

NASA said tests of the SLS system, which were scheduled for this month, are now expected to take place at the Kennedy Space Center in Florida in March.

IT House learned that in this test, the rocket will be moved to the launch pad, filled with fuel and start the launch process, but will not actually take off, and this test will help NASA determine an actual launch date.

Tom Whitmeier, deputy deputy director for exploration system development at NASA headquarters in Washington, D.C., told reporters that there were no "specific" problems that triggered the extra delay and "could be something as simple as scratches that need to be polished off or some paint that needs to be repaired." "There's a lot of things like that — it's a really big vehicle. ”

A few months ago, a U.S. government audit suggested that the Artemis-One mission could take place "in the summer of 2022."