Zhang Yimou knows Chinese romance too well: The opening ceremony of the Beijing Winter Olympics was an aesthetic ceiling

The opening ceremony of the 24th Beijing Winter Olympic Games will be staged at 20pm on February 4, 2022. Double Olympic City ” Zhang Yimou amazed the world again, showing the Chinese people's romance incisively and vividly, which is praised as the aesthetic ceiling.

As netizens said, although it has been 14 years, zhang Yimou's mark can be clearly seen from the first second of the countdown to the opening ceremony of the Beijing Winter Olympics.

The countdown with 24 solar terms is a perfect fusion of Traditional Chinese culture and the opening of the Winter Olympics in the eyes of the audience. At the same time, the shooting of the short film outside the venue also shows Zhang yimou's profound skills in aesthetic and color control.

“ At the moment when the rain drops from the copper lion's nose, I suddenly think of the heavy sense of history and the fresh feeling after the spring rain, really great! ”

“ Big love & lsquo; The summer solstice & rsquo; The aerial photo of the lotus Pond is so beautiful! ”

“ The color scheme is too advanced, and the combination of heritage and romance is very good. ”

February 4th, the 24th Winter Olympic Games, 24 solar terms, the beginning of Spring & Hellip; … I have to say, it's a perfectly romantic coincidence. 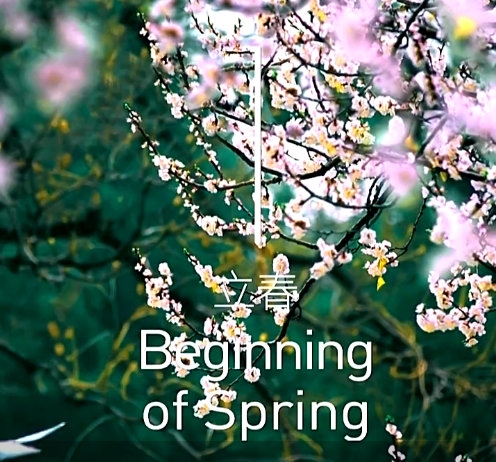 If the first visual enjoyment is relatively short, let a person see not enough, the ice Cube gradually broken, crystal clear five rings of ice and snow rose in the center of the bird's nest, it completely ignited the passion of everyone. At the same time, there are careful audience specially for each national athlete delegation entrance ceremony after the ground lighting design thumbs up.

When & other; Water from the Yellow River comes from heaven. Fill the whole picture. The bird's nest & throughout; "In the middle of the Oval Arena, countless netizens again flooded the comments section.

Many netizens say,After the first act of raising the national flag, I was shocked!

“ Ice carved Chinese doors and Windows, too have our Chinese charm. What's more, the more I looked at it, the more it looked like the athletes were walking on real ice. Windows & rsquo; It looks like it's shining from under the ice. … Big beauty! ”

“ Details are really the devil! Zhang Yimou really too hard, every detail is worth rewatching, romantic, atmospheric! ”

“ I think that's what majestic means. ”

“ Really in this respect, can believe Zhang Yimou forever! ”

What impressed you most about the opening ceremony of this Olympic Games? Or what acts? 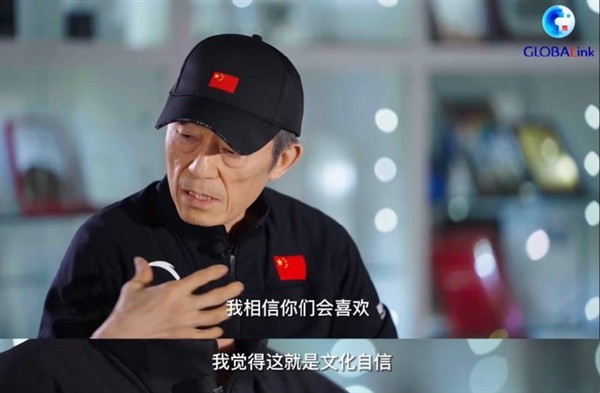 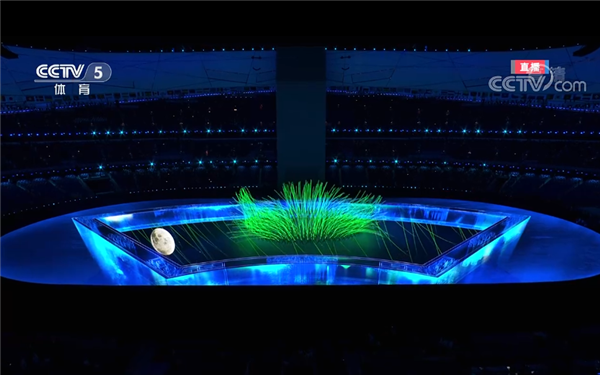 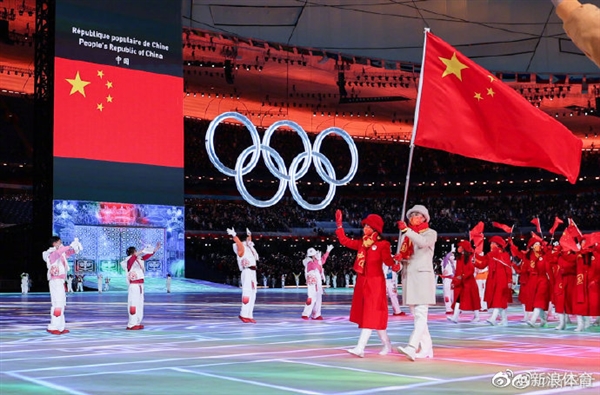 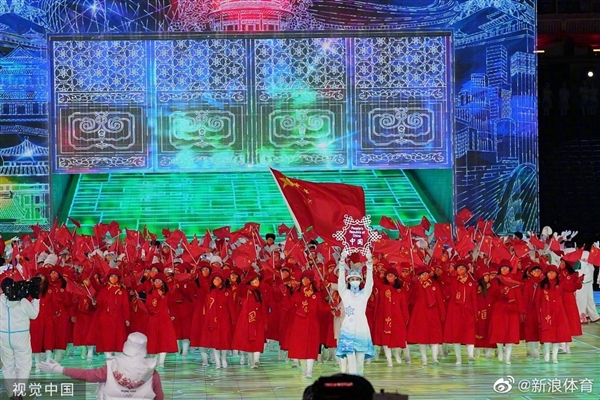 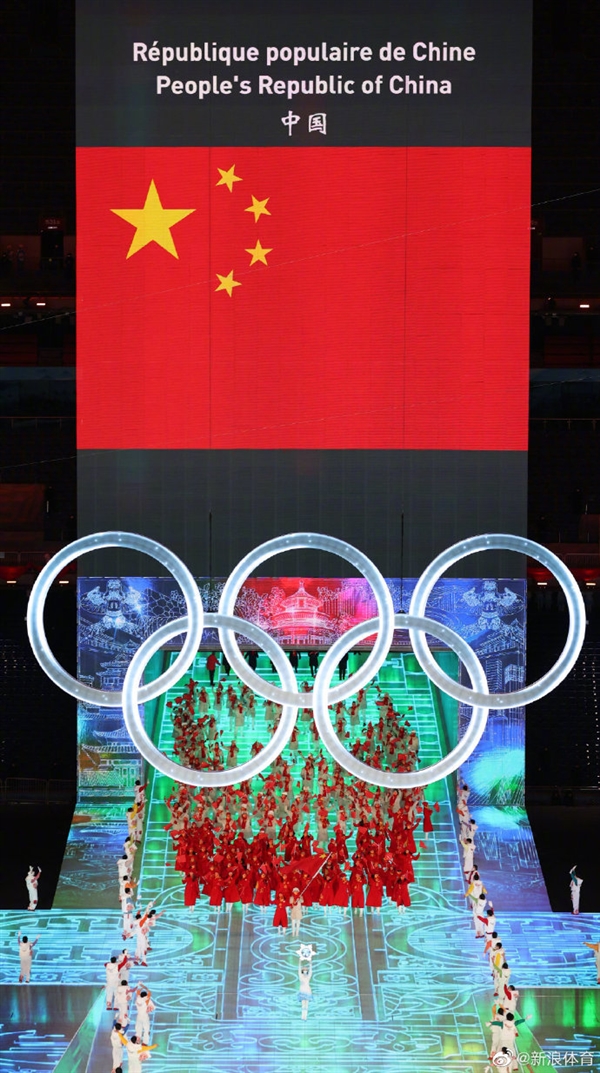 Related news
The English name of Chinese liquor has been changed: Chinese Baijiu has been officially launched
China Vows Full Carbon Neutralization for Beijing Winter Olympics
Zhang Yimou knows Chinese romance too well: The opening ceremony of the Beijing Winter Olympics was an aesthetic ceiling
Unveiling the AI element of the opening ceremony, Monkey King robot cheers for the Winter Olympics
The closing ceremony of the Winter Olympics will once again present Chinese romance: Zhang Yimou spoilers for everyone to cross
Beijing Winter Olympics closing ceremony is 8 am tonight! Zhang Yimou again, Chinese style
Zhang Yimou knows too much! Closed giant Chinese knot, 12 Zodiac
Tesla's Chinese Rivals See Record Monthly Delivery on Further Recovery from Covid
Hot news this week
A small plane in the US has crashed into a 30-metre high voltage power line and got stuck: 80,000 people affected
Can recording others' wechat chat records be used as evidence? The Beijing Internet Court has an answer
Alibaba launched a new cross-border e-commerce platform in Spain, aiming to operate independently in the middle and high-end market
It's not just Huawei! Beidou has penetrated more than 20 industries and applied more than 15.5 million products
When pure water is used in China team to solve the problem of seawater hydrogen production: it is expected to become an original industry
A Tesla crashed into two cars in Taizhou, Zhejiang province, killing two and injuring one, police said
The appearance of Xiaomi's mini console is revealed for the first time: an all-metal body with a strong apple smell
Breaking the spell of "Android 3 year must card", the new Breguet mobile phone will be sold for the first time tomorrow: from RMB3499
Be careful with your phone for a long time! The aunt played with her mobile phone so much that her fingers got stuck
Google's Project Zero team accuses vendors of slacking after ARM GPU bug exposes Android upgrade woes
The most popular news this week
Why is the Apple Pencil 2 not supported? iFixit takes apart the iPad 10 to find out
Zte's experience proves that there is no way out of appeasement and peace can only be fought out
China's growing presence in the global high-tech sector is unacceptable to the US
Us to investigate Lapsus$hack, Microsoft, Nvidia and others were breached
From January to October this year, the number of global travel app downloads approached 2 billion, with China's Amap, Baidu Map and Railway 12306 taking the top three places
With the acquisition of Pulse, Mozilla will develop a new approach to machine learning
Did the United States achieve its goal? More than 40 suppliers went to the United States with TSMC
Microsoft may not be able to offer its Microsoft 365 service in German schools after two years of efforts failed
A record $50 million in compensation! In the final judgment of the dispute over the infringement of Minecraft by Mini-World, NetEase won the lawsuit
Manufacturers like Samsung and Xiaomi have been affected. Google has revealed a dangerous flaw that threatens millions of Android devices