Today Arnold Tsang, a core employee who has been with Blizzard for 12 years, officially announced his departure. 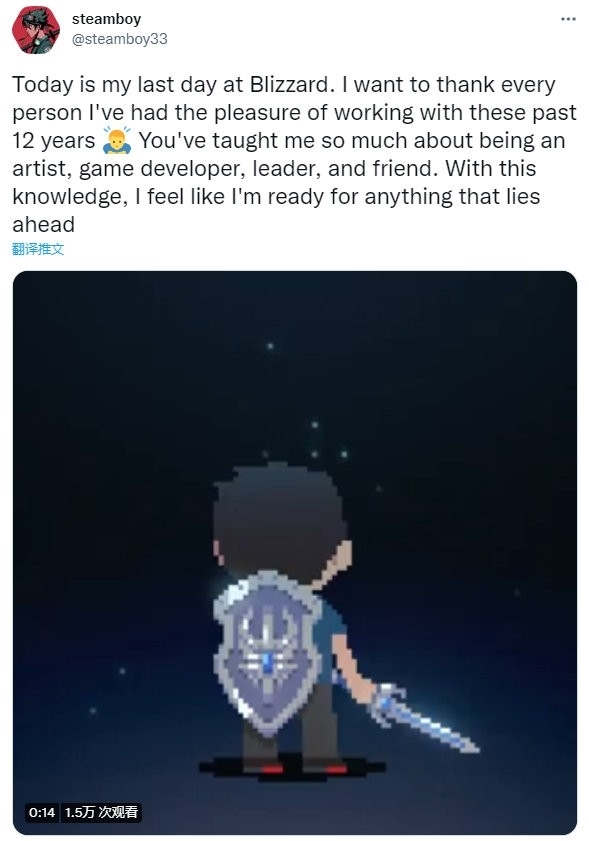 Arnold Tsang tweeted that today will be his final day at Blizzard, thanking Blizzard for teaching him how to be an artist, game developer and leader, and saying he is ready for the future.

Arnold Tsang is a graduate of the prestigious Sheldam College in Canada and has collaborated with Capcom on comic books and other art creations for works such as Street Fighter.

During Blizzard's tenure,Arnold Tsang has served as lead role concept artist and assistant art director for Overwatch and Overwatch 2, responsible for the character design and visual art of both games.

From the information shared by Arnold Tsang before, all the characters in the "Overwatch" series are basically designed by him, so some netizens are worried that his departure will further affect the development of Overwatch 2.

At present, Arnold Tsang has not yet announced his next work plan.Blizzard did not respond in any way to the veteran's departure.