According to MacRumors, Samsung's new Galaxy S22 model is the fastest Android smartphone ever, but Apple still has the world's fastest mobile processor by a sizable margin. 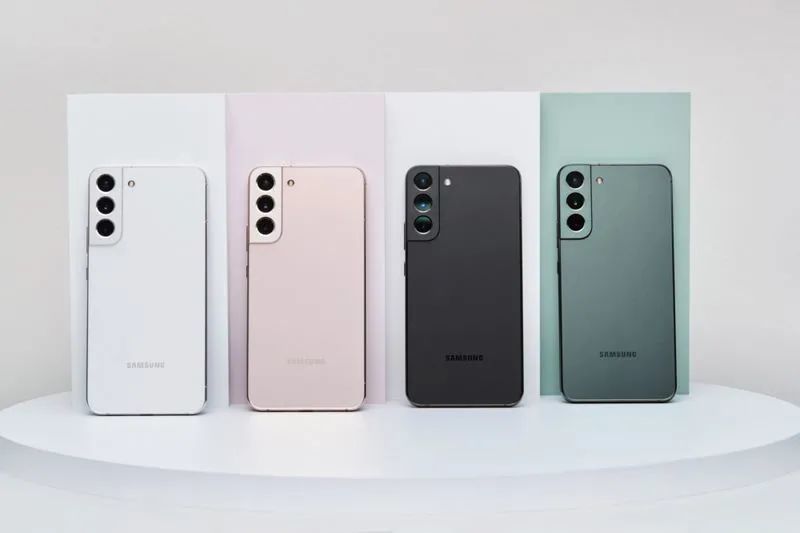 In the U.S., all Galaxy S22 models come with the Snapdragon 8 chip, but models sold in Europe use Samsung's Exynos 2200 chip.

However, the Geekbench 5 of the Exynos 2200 model results in a multicore score of over 3000, thereforeThe iPhone 13 maintains a sizable lead in performance 。 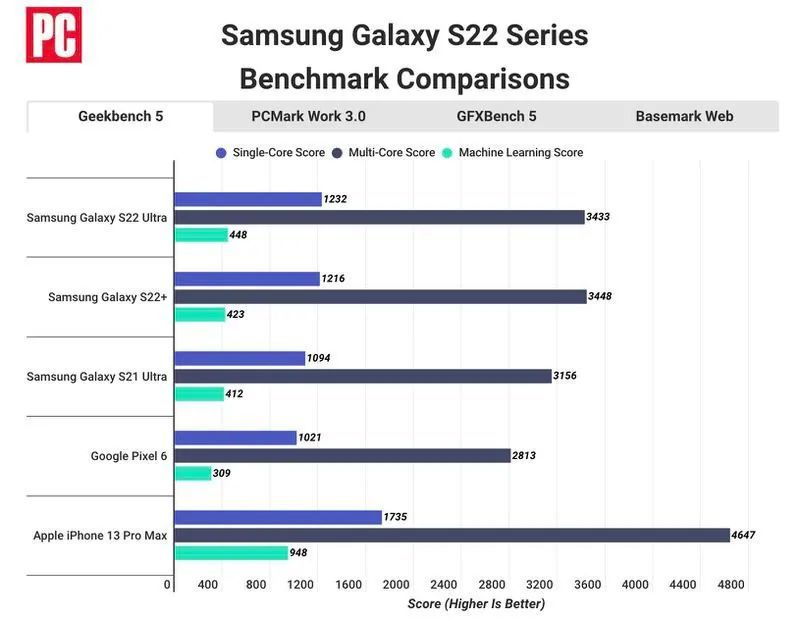 Apple's A15 chip has a new 16-core neural engine that can perform 15.8 trillion operations per second for machine learning tasks such as Siri processing on the device.

Apple will roll out a faster A16 chip for the iPhone 14 series later this year to extend its lead in performance.

It's worth noting that not all the 2022 iPhone 14 series will be upgraded to the A16, according to weibo user @Mobile Chipmaker. The iPhone 14 will continue to use the A15 chip from this year's iPhone 13. 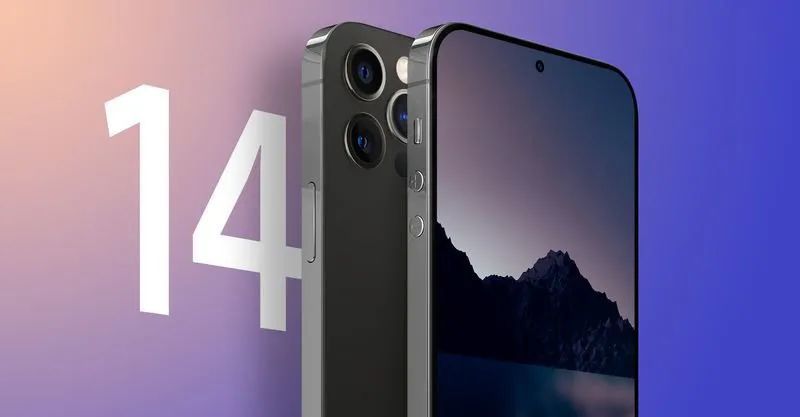 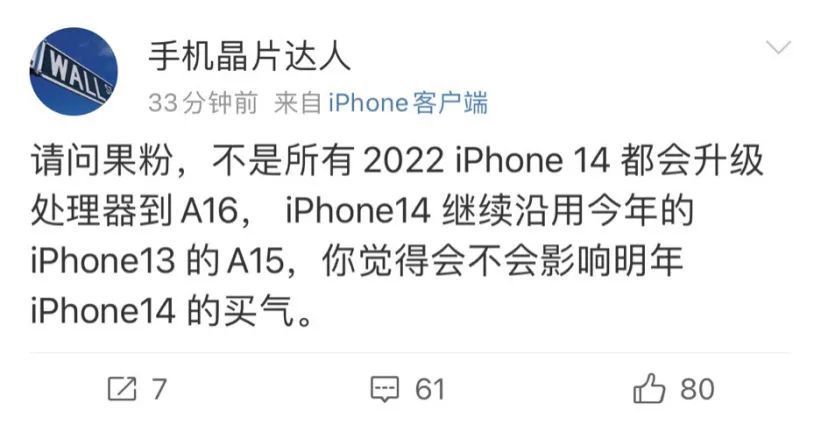 However, industry sources recently said that Apple will launch two A16 Bionic processors, which will be 6-core processor architecture, but will be different according to the number of GPU cores, and support 5G dual-band and the new generation OF LPDDR5, WiFi 6E and other technical specifications. All will use TSMC 4nm process.

The other two non-pro iPhone 14 models, the 6.1-inch iPhone 14 and 6.7-inch iPhone 14 Max, will continue to feature fringe grooves, with Apple limiting the perforating design to the more expensive iPhone Pro, IT Home has learned.

Related news
It was reported that the Galaxy S22 Ultra had been renamed note 22 Ultra S22 Plus and the S22 Pro
Sources say the Samsung S22 Ultra will likely be called the Note 22 Ultra S22+ into the S22 Pro
Screen crush iPhone 13! Samsung S22 exposure: super narrow frame, 4 sides of the same width
A15 is still silent! iPhone 13, Samsung S22 performance comparison: miserable
Samsung official website adjusts S22, S22 + parameter: The refresh rate suddenly changed
Apple's iPhone 13 VS Samsung's S22
Samsung's new flagship Galaxy S22 flipped over as soon as it hit the market: can it still become an iPhone rival?
The small screen of the flagship battery life to foreigners surprise: better than the iPhone 13 and Samsung S22
Hot news this week
A small plane in the US has crashed into a 30-metre high voltage power line and got stuck: 80,000 people affected
Can recording others' wechat chat records be used as evidence? The Beijing Internet Court has an answer
Alibaba launched a new cross-border e-commerce platform in Spain, aiming to operate independently in the middle and high-end market
It's not just Huawei! Beidou has penetrated more than 20 industries and applied more than 15.5 million products
When pure water is used in China team to solve the problem of seawater hydrogen production: it is expected to become an original industry
A Tesla crashed into two cars in Taizhou, Zhejiang province, killing two and injuring one, police said
The appearance of Xiaomi's mini console is revealed for the first time: an all-metal body with a strong apple smell
Breaking the spell of "Android 3 year must card", the new Breguet mobile phone will be sold for the first time tomorrow: from RMB3499
Be careful with your phone for a long time! The aunt played with her mobile phone so much that her fingers got stuck
Google's Project Zero team accuses vendors of slacking after ARM GPU bug exposes Android upgrade woes
The most popular news this week
Why is the Apple Pencil 2 not supported? iFixit takes apart the iPad 10 to find out
Zte's experience proves that there is no way out of appeasement and peace can only be fought out
China's growing presence in the global high-tech sector is unacceptable to the US
Us to investigate Lapsus$hack, Microsoft, Nvidia and others were breached
From January to October this year, the number of global travel app downloads approached 2 billion, with China's Amap, Baidu Map and Railway 12306 taking the top three places
With the acquisition of Pulse, Mozilla will develop a new approach to machine learning
Did the United States achieve its goal? More than 40 suppliers went to the United States with TSMC
Microsoft may not be able to offer its Microsoft 365 service in German schools after two years of efforts failed
A record $50 million in compensation! In the final judgment of the dispute over the infringement of Minecraft by Mini-World, NetEase won the lawsuit
Manufacturers like Samsung and Xiaomi have been affected. Google has revealed a dangerous flaw that threatens millions of Android devices