Microsoft will bring back the drag and drop in the Win11 taskbar and adjust the taskbar size.

As part of the Win11 Modernization UI, Microsoft re-designs taskbar function. That is, although Windows 11 gives people feel like Windows 10 for UI, but its taskbar is indeed produced some changes, such as hitting.

If you have upgraded to Win11, you might find Microsoft has abandoned Win10 original basic function support, such as the ability to drag and drop the taskbar.

IT House understands that after the future version is updated, you will be able to open files in another application by simply dragging files to the taskbar, similar to the mode of operation in Windows 10. 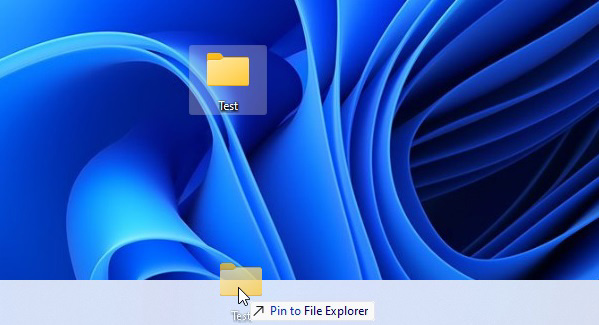 As you can see in the screenshot above, in the next update, you can easily pinch the shortcut to the taskbar.

In addition to drag and drop, Windows 11 may also support the size of the user adjustment taskbar. From the exposure content, Microsoft is developing a new & quot; overflow menu & quot; Easily adjust the size of the taskbar. 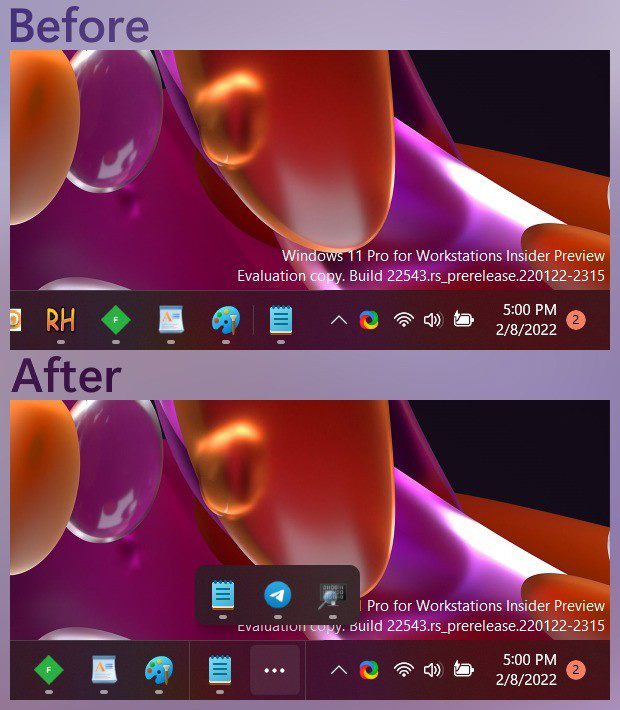 The concept of overflow menus is not very clear, but we understand that this change may also bring back to support to the adjustable size taskbar in the future.

At present, the taskbar of Windows 11 is temporarily unable to use the settings, but the user can modify the registry to make the task bar becomes larger or smaller. Although the registry can achieve this, in some cases, the UI will have problems. For example, WiFi or Bluetooth is inconsistent with other application icons.

With the launch of Sun Valley 2 (version 22h2), Microsoft seems to make new changes, thus improving the application list overflow, and resolving the logging of the taskbar, so you can easily change its size.

It is still unclear whether the company adds a switching function in the setting to facilitate the newcomer's more simple.

The third largest change is the optimal support for multi-display. Depending on the official release instructions of the preview, you will be able to display the clocks and dates on the taskbar of other displays. 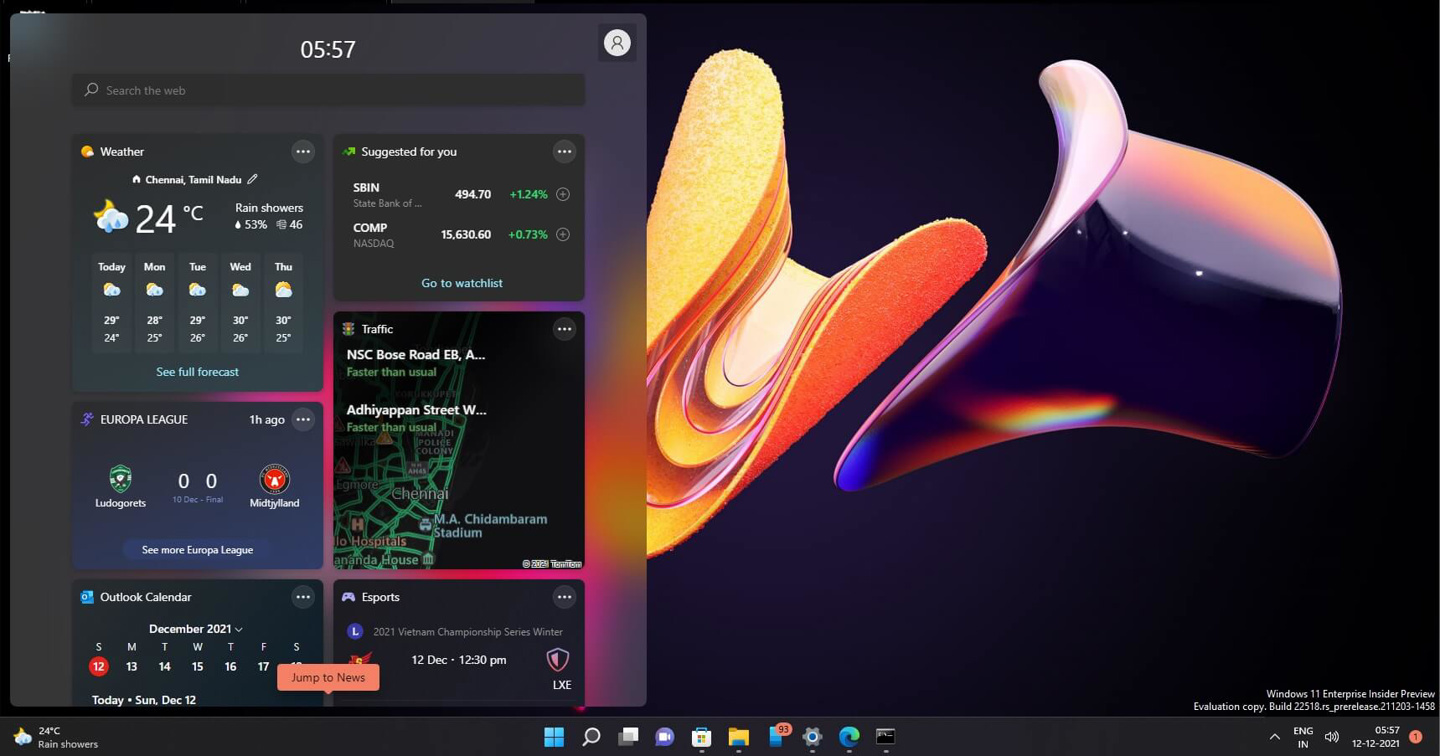 In addition, Microsoft will add a new weather widget on the taskbar, and this special change may appear outside of 22h2.

Related news
Win11 new features at a glance! Taken on a new look
Is the card slow after upgrading Win11? Win11 has performance issues: Teach you to fix them
A key feature of Windows 11 has been cut from Microsoft's software for months: it will be back next year
A trivial change Win11! This looks more like an apple.
Microsoft will bring back the drag and drop in the Win11 taskbar and adjust the taskbar size.
The Win11 taskbar has a hard wound: Microsoft is finally going to change the function back to normal
The latest version of Win11 is online: update content inventory
Embrace tablets: Microsoft cuts Drag-and-drop for Windows 11 ICONS
The 2022 Win11 update has not yet reached the 2023 Win11 news
Microsoft Win11 may usher in a rounded corner task bar
Hot news this week
Female graduate students leave school to give birth to the hot debate is hype? The husband has set up a webcast company
How much is 4G than 5G! Huawei Mate50 network speed detailed measurement 6799 yuan to buy explosion money?
It's hard to find a machine! Huawei Mate50's first sales: oxen can not buy the price of 10,000 yuan to grab the price
Huawei City's proportion is the first! Survey: Northerners love to use folding screens more than southerners
Our global car he is a special car for China! Saic Volkswagen and FAW-Volkswagen are fighting each other
Chongqing Xiaomi Consumer Finance Co LTD has been fined 500,000 yuan for misappropriating consumer loan funds
Are they really aliens? The US Navy confirms there are multiple UFO videos: but they cannot be made public
The second phase of the main structure of Xiaomi intelligent factory is completed to see the delivery at the end of next year
In order to change the iPhone 14: Women's net red sells old phones and comes with a large number of private photos
4 million units are not enough! Huawei Mate 50 seconds sold out of the hack, the maximum price of 10,000 yuan to earn crazy
The most popular news this week
China's first pure electric convertible! Wuling Hongguang MINI EV Convertible Edition Listing: 99,900 yuan
Samsung applying for a dual -screen camera patent to support face recognition
There's a tidal wave of lying down, and ceos of big American companies are worried, saying, "Never seen anything like this."
Tesla sales response "disguised price reduction of 8000 yuan" : for the end of the quarter impulse, temporary activities
Apple iPhone 14 standard version is not good for sales, Lixun precision may face the risk of ordering orders
Billions of euros in investment, Intel Italy chip factory will be located in the Veneto region, sources said
China Mobile to develop 5G Tidal Smart Antenna: Where the crowd
Huawei Smart Screen New Products Tomorrow: Sub -looking 75 and 86 sizes of the sub -brand
Apple conscience: AppleCare+User iPhone can repair unlimited times
From January to July this year, my country's industrial software product revenue reached 121.9 billion yuan, an increase of 8.7% year-on-year