The Win11 taskbar has a hard wound: Microsoft is finally going to change the function back to normal

We know that Microsoft changed the name of The "Sun Valley" upgrade of Win10 to Win11 and made many big changes in the new Win11 system. For exampleMicrosoft has refactored the system tray, on the one hand, the appearance of the taskbar has been updated, but on the other hand, the function of the taskbar has also been greatly weakened.

This change caused a lot of controversy, and many users have responded, allowing Microsoft to re-add the normal function of the taskbar to get the same experience as before.

In this version,Users can simply drag files to the taskbar in Win11 to open files in another application.Experience systems similar to Win10 and earlier. 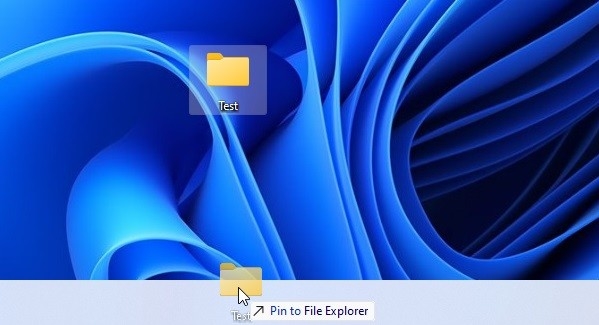 As the screenshot shows, in the Win11 "Sun Valley 2" update, users can drag and drop shortcuts to the taskbar to pin them.

In addition to the drag-and-drop function, one of the disadvantages of Win11's current taskbar is that it cannot change the size of the taskbar at will, which will also be improved in future versions.

Microsoft is developing a new "overflow menu" when the space in the taskbar can't accommodate an app that's already open.The new taskbar makes it easier to find running applications and allows users to easily resize the taskbar. 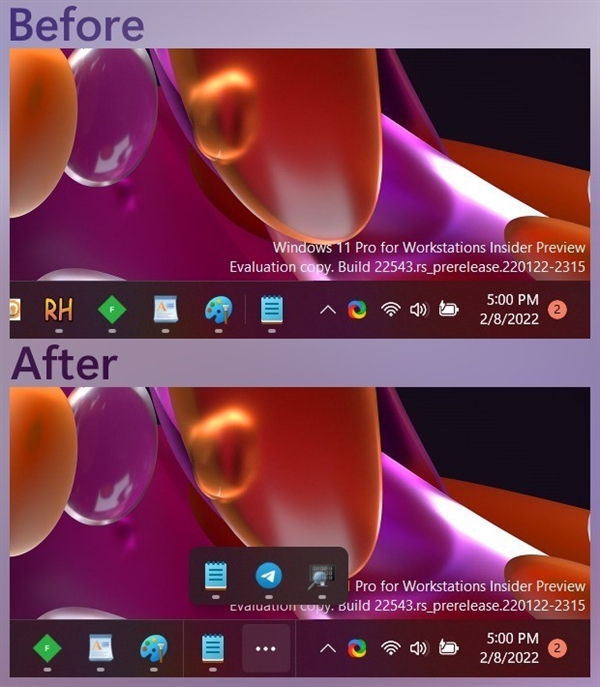 Currently, win11's taskbar cannot be resized through the settings panel, but users can adjust the size of the taskbar through the registry, but this will cause some UI problems. For example, the taskbar icon for WiFi or Bluetooth might not match the icons for other applications.

With the launch of Win11 "Sun Valley 2" 22H2, Microsoft will make new changes to improve the experience of app list overflow and solve the alignment problem of the taskbar, so users can easily change the size of the taskbar.

However, it is not known whether Microsoft will directly add switching options in the Windows 11 settings panel to make it easier for ordinary users to use.

In addition, the Win11 "Sun Valley 2" has other tweaks. For example, it is better supported for multi-monitor configurations. According to the official release notes for the preview, the system will be able to display clocks and dates on the taskbars of other displays.

In addition, Microsoft will add a new weather dashboard to the taskbar, and this particular change may be delivered in a version other than Sun Valley 2.

As expected, Microsoft plans to launch the Sun Valley 2 update this fall, which may be in October. 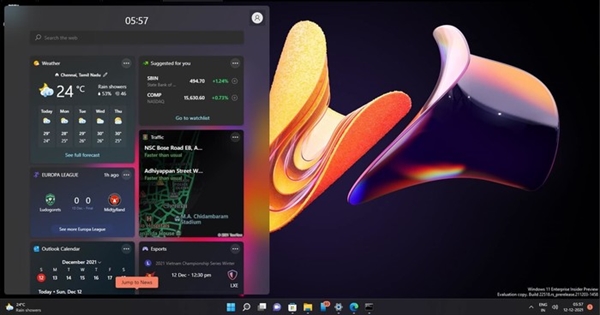 Related news
Not compliant with win11 hardware standard? How to upgrade win11
How to return win10 after upgrading win11? You have to know about it
NVIDIA and Intel release win11 driver! Win11 game features exposed
New generation game artifact talk about win11 game features
Win11 new features at a glance! Taken on a new look
The Win11 taskbar has a hard wound: Microsoft is finally going to change the function back to normal
The interface is new! Win11 new task manager hands-on experience
The latest version of Win11 is online: update content inventory
The 2022 Win11 update has not yet reached the 2023 Win11 news
Microsoft Win11 may usher in a rounded corner task bar
Hot news this week
China has found 35 known cases of the new zoonotic virus Langya
Losses in a single quarter of $ 23.4 billion a record, SoftBank did not carry the plunge of technology stocks and the devaluation of the yen
The prevention and control of the American Monkey epidemic has failed. What should I pay attention to?
Kuaishou launched a self-developed cloud intelligent video processing chip: The chip has been streamed successfully
The new product of Xiaomi MIX is coming: both internal and external dual -screen has been upgraded to make up for the previous generation.
Ministry of Public Security: Single telecommunications network fraud continues to cause 40 % of all electrical fraud cases
A new zoonotic virus, Langya, found in China has not yet been confirmed to be transmitted from person to person
A tech company in Shanghai has been fined 220,000 yuan for swiping orders to improve its ranking on Yelp
Special price "kill ripe"? Bike-sharing platforms have different prices for the same package for different users
Alibaba: Shareholders SoftBank will settle in advance for advanced payment in advance involving a maximum of about 242 million ADR
The most popular news this week
Apple's new iPad does not support 3.5mm headphone hole, Baidu map big update, anchor adopted two protected plants were checked, Rui Dragon 7000 series price stolen, these are the o...
A proposed ban on Internet addiction in California has failed
Industrial star attraction strategy to cope with the American semiconductor strangulation strategy
"Mother of the Chip" suffers! The United States blocked EDA to China: not so simple
8K Super Clear screen records Lingyue of China Space Station! Only 0.72 seconds
Sell to Tencent less than a year Sogou by the big purge: three major businesses are gone
After being suppressed by the United States, why did Ren Zhengfei thank you?
The fightback is coming! After ditching 34 Chinese suppliers, Apple was decisively rebuffed by two Chinese companies
Too sudden! The United States is clamping down again
Why is brain labor tired? Scientist: The brain can make poison