As one of the most useful and popular tools in Windows,Task manager will be updated based on Fluent Design and WinUITo keep it in line with the rest of the operating system.

Now Win11 22H2 has launched a preview version, the new version of the task manager and we meet. 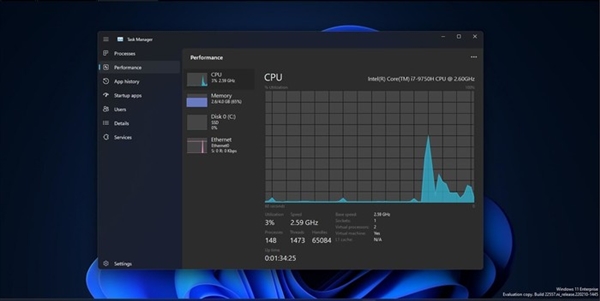 It is understood that Microsoft has been working on a redesign of task Manager for several months nowThe new task manager is still in its early stages, so it doesn't include many modern design changes. 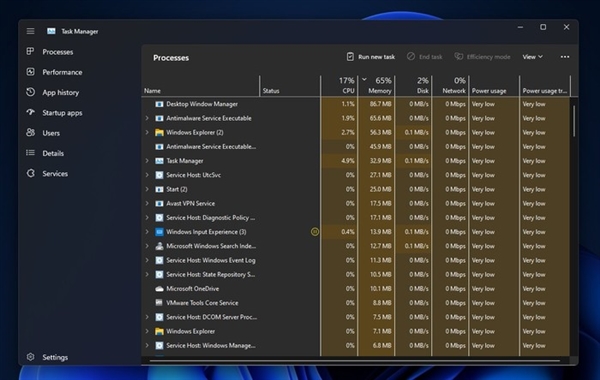 Microsoft plans to incorporate the new themes of Windows 11 into the Task Manager and add support for new features, such as dark mode and a special Settings page that allows users to better manage certain features.

In addition to the dark mode, one of the big differences in the new task Manager is the new layout to accommodate process, performance, disk, GPU, network options, and more.

Microsoft removed the tabbed interface,In its place is a more touch-friendly slide-out burger menu.The new command bar replaces the label in place of the "tag". A new task & quot; , & quot; End task" Such as options. 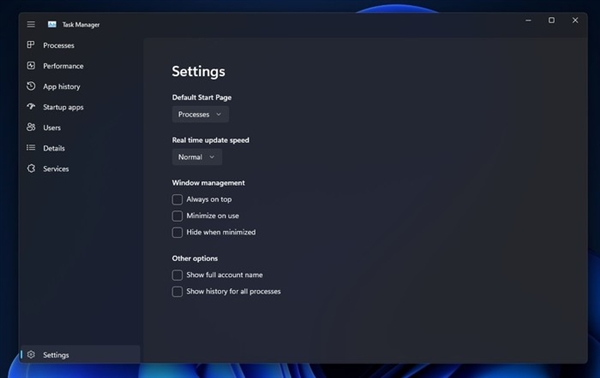 As you can see in the screenshot, Microsoft has moved other advanced options to a new Settings page in Task Manager. In the new Settings page, "Exist". Default start page "; , & quot; Real-time update speed" And & quot; "Window Management". Etc options for access.

At the same time, Win11 Mica material theme in the task manager has also become the main. This means that when the Windows theme and desktop wallpaper change, the task manager theme tone changes as well.

Microsoft is also testing a new "Task Manager". "Efficiency mode". , which allows users to control the power consumption of each running process. 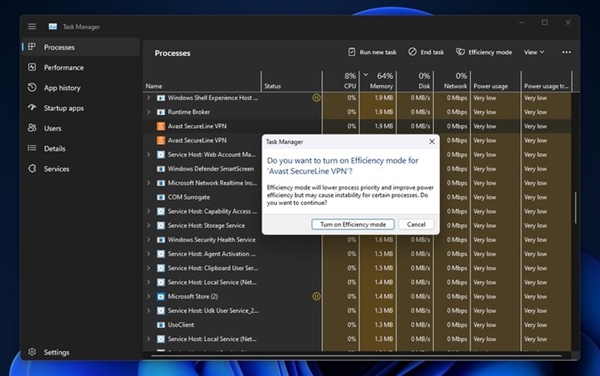 However, it can also cause stability issues for linked processes, so Microsoft has disabled the efficiency mode option for all native applications and internal processes.

Since Windows Task Manager is still under development, much of the new task manager is made up of elements that use traditional task managers.

Many of the old elements are pasted into the new ones, so the task manager doesn't look good when you browse through the details, launch the application, and so on. 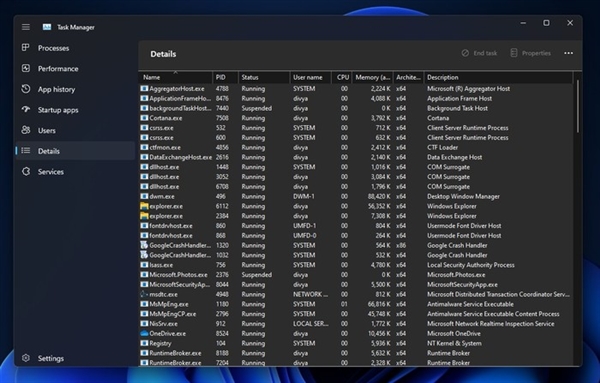 The redesigned task manager is currently being shipped with Windows 11 Build 22557 preview, which is owned by Win11 22H2& LDquo; Sun valley 2 & throughout; "Is expected to make its official debut later this year. 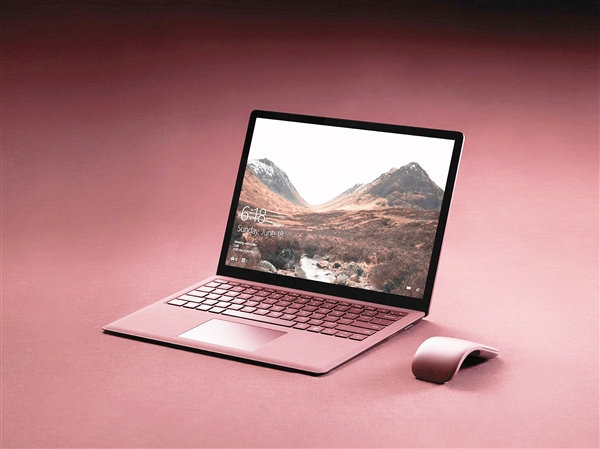 Related news
Is win11 faster and stronger than win10? Win11 performance data exposure
How to return win10 after upgrading win11? You have to know about it
NVIDIA and Intel release win11 driver! Win11 game features exposed
New generation game artifact talk about win11 game features
Win11 new features at a glance! Taken on a new look
Is the card slow after upgrading Win11? Win11 has performance issues: Teach you to fix them
The interface is new! Win11 new task manager hands-on experience
The 2022 Win11 update has not yet reached the 2023 Win11 news
Evolution is huge! Win11 new task manager feature parsing
Microsoft Win11 may usher in a rounded corner task bar
Hot news this week
During the quarter, we signed a multi-year intellectual property patent licensing agreement with a major licensee. This positive result enables us to obtain more 5G patent licensin...
Win10 digital version will be discontinued: free whitewash is still available Microsoft has not been under the dead hand for 7 years
Microsoft posted $17.4 billion in non-GAAP net income on revenue of $52.7 billion in the second quarter of fiscal 2023
YouTube complained about: using offline return-to-work policy to illegally block contract workers from unionizing
India receives Radio Signals from Galaxies 9 billion light-years Away Astronomers: Aliens not involved
Beautiful country semiconductor ushered in the winter, US high enterprises inverted, our country market doesn't buy it!
Cybertruck skipped tickets again! Mass production of Tesla electric pickup truck will not wait until 2024.
Apple will relax measures to deal with COVID-19 's epidemic and encourage employees to go back to work
Huawei P60 Pro latest configuration chart revealed: variable aperture and satellite communications are on the list
Intel: 14 generations of Core in the second half of the year, and build a new architecture from zero next year.
The most popular news this week
ChatGPT after global explosion: Baidu announces similar AI service to be launched in March
Lei Jun announced the first major event at the beginning of the year: it is critical to Xiaomi!
Carry the cauldron! Three out of ten divorces are linked to one partner's addiction to their mobile phone, research suggests
The iPhone is No. 1 in China! Why do people prefer Apple to Android?
China develops starch and protein synthesis technology for corn stover: Costs drop dramatically
Technology tree point crooked? Toyota's new patent: hold the door handle can be sterilized
Eight satellites in eight hours! China rushed to Venezuela's relief efforts
Apple bet on mixed reality, but the selling point of the product is not enough.
Baidu is reported to launch an AI chat robot service similar to ChatGPT in March this year.
The most powerful SSD becomes the last song Intel retired Aoteng hard disk: 6 years of performance is still leading