The closing ceremony of the Winter Olympics will once again present Chinese romance: Zhang Yimou spoilers for everyone to cross

On the evening of the 18th, the closing ceremony of the Beijing 2022 Winter Olympics held the last all-element rehearsal. The opening and closing ceremony team revealed that the closing ceremony still follows the "simple" style, and will also present and pay tribute to the important element of the "City of The Two Olympics" through "crossing". At present, the preparations for the closing ceremony have been prepared, and it will be officially staged at the "Bird's Nest" of the National Stadium at 8 p.m. on the 20th.

At present, the closing ceremony of the Beijing Winter Olympic Games has been rehearsed three times with full elements, and will complete a number of ceremonial sessions stipulated by the International Olympic Committee in about 80 minutes, forming a narrative mode of "one line" with the opening ceremony. After many program optimizations, the main creative team once again presented Chinese romance and "double Olympic" feelings through the organic integration of ceremonies and performances on the basis of continuing the simple style of the opening ceremony.

Sha Xiaolan, director of the closing ceremony, said: "The most important part of the closing ceremony is to reflect the concept of 'double Olympics', from the beginning of the creation, we hope that there are important elements of the 2008 Olympic Games in the middle, and there will be a special feeling of reluctance, because the next day everyone may go back to their respective countries, and we want to pass this warmth to the world." ”

In addition, Zhang Yimou "spoiled" a highlight of the closing ceremony: "When the flames of the Winter Olympics are finally extinguished, there will be a physical reproduction of the 2008 Olympic Games in an instant, as if going back in time, bringing everyone a sense of 'crossing'." ”

In terms of aesthetic tone, the main creative team boldly used Chinese red to collide with ice and snow blue, and integrated traditional Chinese cultural symbols such as lanterns and Chinese knots into the ceremony as performance elements. Sha Xiaolan introduced that the closing ceremony adopted red color as a main color, and nearly 20,000 lanterns were arranged in the audience of the closing ceremony, participating in the interactive performance, forming a collision of red passion and blue romance. 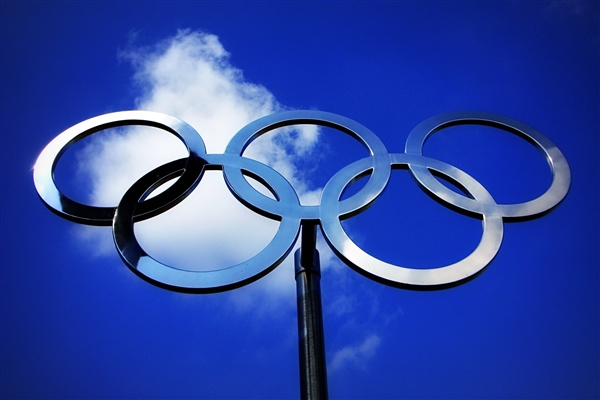 Related news
The English name of Chinese liquor has been changed: Chinese Baijiu has been officially launched
China Vows Full Carbon Neutralization for Beijing Winter Olympics
Zhang Yimou knows Chinese romance too well: The opening ceremony of the Beijing Winter Olympics was an aesthetic ceiling
Unveiling the AI element of the opening ceremony, Monkey King robot cheers for the Winter Olympics
The closing ceremony of the Winter Olympics will once again present Chinese romance: Zhang Yimou spoilers for everyone to cross
Beijing Winter Olympics closing ceremony is 8 am tonight! Zhang Yimou again, Chinese style
Zhang Yimou knows too much! Closed giant Chinese knot, 12 Zodiac
Tesla's Chinese Rivals See Record Monthly Delivery on Further Recovery from Covid
Hot news this week
During the quarter, we signed a multi-year intellectual property patent licensing agreement with a major licensee. This positive result enables us to obtain more 5G patent licensin...
Win10 digital version will be discontinued: free whitewash is still available Microsoft has not been under the dead hand for 7 years
Microsoft posted $17.4 billion in non-GAAP net income on revenue of $52.7 billion in the second quarter of fiscal 2023
YouTube complained about: using offline return-to-work policy to illegally block contract workers from unionizing
India receives Radio Signals from Galaxies 9 billion light-years Away Astronomers: Aliens not involved
Beautiful country semiconductor ushered in the winter, US high enterprises inverted, our country market doesn't buy it!
Cybertruck skipped tickets again! Mass production of Tesla electric pickup truck will not wait until 2024.
Apple will relax measures to deal with COVID-19 's epidemic and encourage employees to go back to work
Huawei P60 Pro latest configuration chart revealed: variable aperture and satellite communications are on the list
Intel: 14 generations of Core in the second half of the year, and build a new architecture from zero next year.
The most popular news this week
The iPhone is No. 1 in China! Why do people prefer Apple to Android?
China develops starch and protein synthesis technology for corn stover: Costs drop dramatically
Technology tree point crooked? Toyota's new patent: hold the door handle can be sterilized
Eight satellites in eight hours! China rushed to Venezuela's relief efforts
Apple bet on mixed reality, but the selling point of the product is not enough.
Baidu is reported to launch an AI chat robot service similar to ChatGPT in March this year.
The most powerful SSD becomes the last song Intel retired Aoteng hard disk: 6 years of performance is still leading
Don't wait for the entry-level Tesla! Extreme Krypton 003 prototype revealed: or 160,000 starting price
Apple's car accident detection function has been misreported constantly, and the rescue department has been tortured.
To accelerate electrification, Honda China's technical research Technology and production technology companies merge