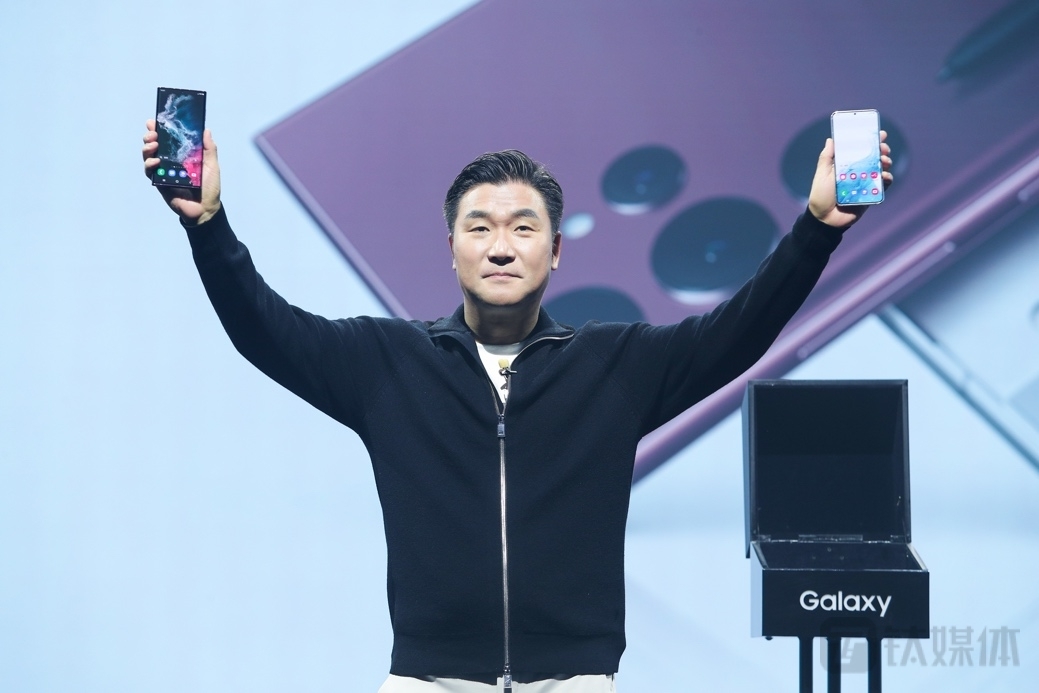 On February 22, after the global conference, Samsung held a conference in China and officially released the flagship smartphone Galaxy S22 series. In addition to Galaxy S22 and S22 + two versions, Samsung Galaxy S22 Ultra fused the original Galaxy Note series of S Pen classic function, after a year, Note Series is now officially returning with the name of Ultra.

Image ability, has always been the development direction of Samsung Galaxy S, from 8K video to 100 times telephoto, each generation of products have a lot of improvement. Today, in the Galaxy S22 series, Samsung is equipped with a more powerful photosensitive component and the leading intelligent image processing technology, introducing a super-visual smart imaging system to enhance photos and video quality in a dark environment.

Among them, the flagship multi-camera system equipped with Samsung Galaxy S22 and S22 +, the sensor area increased by 23% compared to Galaxy S21 and S21 +, and more enabling more entertained image quality. 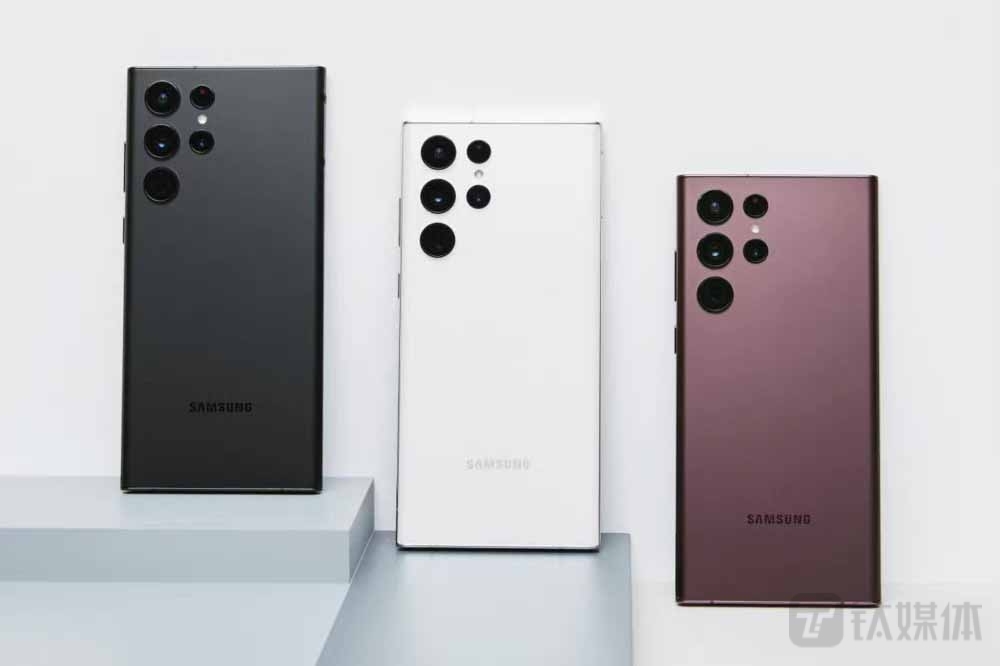 In addition, it can effectively suppress the glare of super clear glass, the lens, and the ultra-low reflection nano coating attached to the surface, and the adaptive pixel technology can help users get clear and bright high-quality photos during daily shooting.

In addition to hardware improvement, this Samsung also enhanced the ability to calculate the image. Through AI technology, Samsung S22 series further upgrades the night shot solution, which can effectively sharpen detail and reduce noise, and also identify objects and scenes, plus multi-frame synthesis technology, and finally get effective nightlight photos .

In terms of portraits, Samsung Galaxy S22 series is deeply blocked by AI stereoscopic scenery, achieving better flexible effects, and the image quality is also more delicate and natural. When the phone detects a weak light shooting environment, you can automatically switch to the night portrait mode to help users shoot a higher-reducing portrait photo.

Not only that, but the video experience of Samsung Galaxy S22 series is further upgraded. The intelligent dynamic frame rate can detect illumination conditions to automatically adapt the appropriate frame rate; the super stable system can effectively reduce vibration and movement, the OIS correction angle increases by 58% higher than the previous generation; with super HDR, even the backlight scene, You can also get colorful pictures; upgrade automatic composition features can also intelligently detect users and people around them, and support up to ten people's automatic recording function. 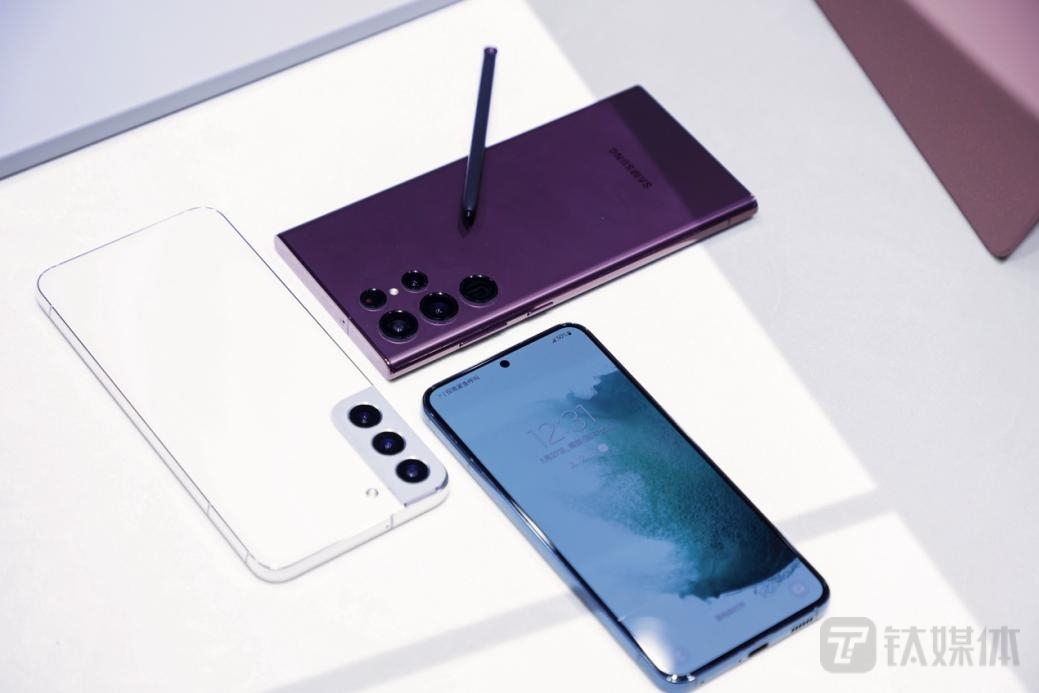 In the whole machine design, Samsung Galaxy S22 and S22 + followed the Galaxy S series design genes and upgraded the appearance of the integrated fuselage. The camera module and the body use unified color matching, which presents an integrated visual effect while combining the frame and the glass body in the metal, with a very simple flat screen. Samsung Galaxy S22 Ultra then incorporates the border of the camera module into the fuselage, reducing the back projection of the fuselage. 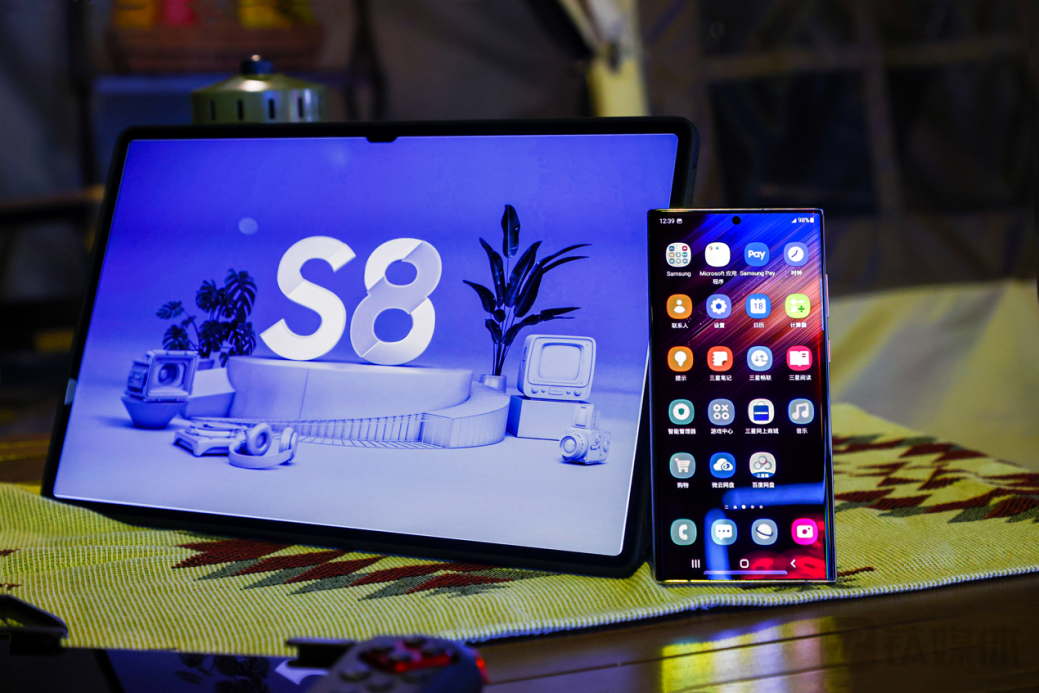 Samsung Galaxy S22 Ultra is further further, with 2K high resolution, 1 Hz-120 Hz adaptive refresh rate and peak brightness of up to 1750 nit, the author does not remember, this brightness performance should be the highest in the smartphone. Performance.

Samsung Galaxy S22 is compact because of the body, only 3700mAh battery, support 25W wired and 15W wireless charging. In terms of operating systems, three new products are equipped with Android 12-based One UI 4.1 system.

Related news
It was reported that the Galaxy S22 Ultra had been renamed note 22 Ultra S22 Plus and the S22 Pro
Sources say the Samsung S22 Ultra will likely be called the Note 22 Ultra S22+ into the S22 Pro
Designer sharing Samsung Galaxy S22 Note Ultra Smart Concept Rendering Chart
Sources say the Samsung Galaxy S22 Ultra will support 45W fast charging
Samsung Galaxy S22 Ultra: Two flagship benefits of S21 Ultra and Note 20 Ultra
God seems to Note 21 Ultra! Samsung Galaxy S22 Ultra Rendering Dialect
The Samsung Galaxy S22 Ultra reduces S Pen latency by two-thirds
All color renderings of the Samsung Galaxy S22/Plus/Ultra flow out
Samsung officially issued an invitation: February 9th official Xuan Galaxy S22
Note Series Return in Ultra, Samsung Galaxy S22 Series China Release
Hot news this week
A small plane in the US has crashed into a 30-metre high voltage power line and got stuck: 80,000 people affected
Can recording others' wechat chat records be used as evidence? The Beijing Internet Court has an answer
Alibaba launched a new cross-border e-commerce platform in Spain, aiming to operate independently in the middle and high-end market
It's not just Huawei! Beidou has penetrated more than 20 industries and applied more than 15.5 million products
When pure water is used in China team to solve the problem of seawater hydrogen production: it is expected to become an original industry
A Tesla crashed into two cars in Taizhou, Zhejiang province, killing two and injuring one, police said
The appearance of Xiaomi's mini console is revealed for the first time: an all-metal body with a strong apple smell
Breaking the spell of "Android 3 year must card", the new Breguet mobile phone will be sold for the first time tomorrow: from RMB3499
Be careful with your phone for a long time! The aunt played with her mobile phone so much that her fingers got stuck
Google's Project Zero team accuses vendors of slacking after ARM GPU bug exposes Android upgrade woes
The most popular news this week
Why is the Apple Pencil 2 not supported? iFixit takes apart the iPad 10 to find out
Zte's experience proves that there is no way out of appeasement and peace can only be fought out
China's growing presence in the global high-tech sector is unacceptable to the US
Us to investigate Lapsus$hack, Microsoft, Nvidia and others were breached
From January to October this year, the number of global travel app downloads approached 2 billion, with China's Amap, Baidu Map and Railway 12306 taking the top three places
With the acquisition of Pulse, Mozilla will develop a new approach to machine learning
Did the United States achieve its goal? More than 40 suppliers went to the United States with TSMC
Microsoft may not be able to offer its Microsoft 365 service in German schools after two years of efforts failed
A record $50 million in compensation! In the final judgment of the dispute over the infringement of Minecraft by Mini-World, NetEase won the lawsuit
Manufacturers like Samsung and Xiaomi have been affected. Google has revealed a dangerous flaw that threatens millions of Android devices