On February 25, the blogger @ digital chat station exposed the xiaomi new machine protective case, and some netizens speculated that the corresponding model of this protective case may be xiaomi civi 2.

In this regard,Xiaomi product manager @Xinxin _Mia said that it is not Civi 2. 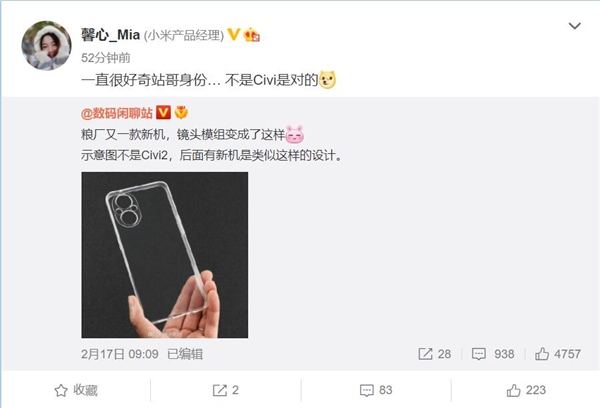 In addition, the protective case shows that there are four openings in the back of the phone,This seems to mean that the machine is equipped with at least three cameras, and there are no openings in the fingerprint button position, indicating that it supports screen fingerprint recognition.

At present, it is uncertain when the machine will be released, considering that the K50 series will appear in March, it is speculated that xiaomi's mysterious new machine may be released around May.