In response to some recent false rumors, Intel clarified and said that it will not abandon 3D XPoint technology and is developing a third-generation Optane product that supports the next generation of Xeon Scalable processorSapphire Rapids.

Prior to this, Micron's exit from the 3D XPoint market, Pat Kissinger took over as CEO of Intel, and Intel's NAND flash memory business was sold to SK Hynix, all of which made the outside world full of doubts about the future of Intel's other non-volatile memory businesses, especially the always very high-profile Optane business, which has recently been very low-key. 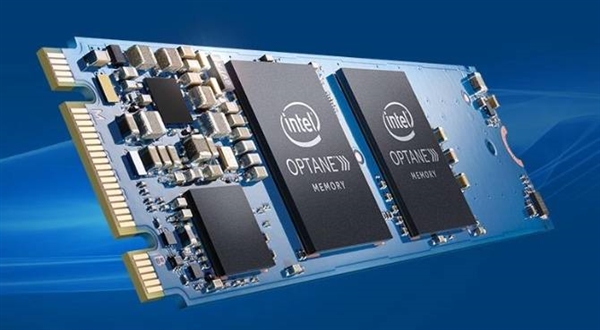 Intel is currently shipping a second-generation 3D XPoint product, with the third- and fourth-generation product tiers appearing on Intel's 2020 product roadmap, but not dated.

In the past few months, Intel has not talked about its commitment and plans for Optane.

From a product strategy perspective, Intel Optane persistent memory is limited to connecting to Xeon CPUs, and has always been regarded as a major feature of Intel Xeon CPUs that have a competitive advantage over AMD server CPUs, accelerating application operation by effectively providing Xeon with more memory.

Today, with the help of HBM's high-bandwidth memory, Xeon's memory limits are being eliminated, and Sapphire Rapids has the option of integrating up to 64GB of HBM2e memory. This means that the strategic imperative to use Optane persistent memory as a supreme boost is decreasing.

In February, Alper Ilkbahar, vice president and general manager of Intel's data center memory and storage solutions division, which includes Optane's business, resigned. In addition, there is news that Intel Optane's 3D XPoint business will lose more than $500 million in 2020.

None of Intel's recent investor conferences have mentioned or promoted Optane. Jim Handy of Objective Analysis said: "It's hard to tell how big Intel's commitment to 3D XPoint/Optane is. Since Pat Kissinger took the helm, Intel management has never mentioned Optane in his speech, and this silence can easily elicit outside reverie. Intel is certainly not pushing Optane. ”

In an interview with Kissinger on Feb. 24, he said: "I never wanted to get into the memory business, and I can see that I'm trying my best to get out of our storage business." ”

This was followed by Anthony Tom Coughlin, an analyst titled "Will Intel Give Up Optane?" in Forbes on Feb. 28. The article states: "Intel will most likely sell the remaining inventory of current Optane products, but will not develop new products for CXL and fifth-generation PCIe." ”

He added that "there are many rumors that Intel will not develop new Optane products," concluding that "Intel has not released a new Optane memory product for more than a year, and has not significantly increased the capacity of 3D XPoint since Micron closed its Lehi plant in 2021." This non-volatile storage technology was once promising, but its related products may be the last generation. ”

Based on all of the above, we asked Intel if it was still committed to developing Optane and 3D XPoint.

In response, Ann Goldman of Intel's Global Communications Division replied:"We will continue to work closely with our customers and partners in the areas of memory and storage technology, including the third generation of Intel Optane products that support Sapphire Rapids." At the same time, we are empowering the ecosystem to prepare for key technologies such as memory tiering based on CXL interconnect technology. ”

We believe that Intel will continue to drive further development of 3D XPoint, but the specifics remain to be seen.

Optane is Intel's brand name for products that use 3D XPoint media. This is an implementation of phase change memory, using an electric current to change the state of the sulfur glass material from crystalline to amorphous and back to crystalline again. The resistors of these two states are different, i.e. the 1 and 0 used to represent the binary, respectively. Each state is persistent, i.e. non-volatile.

3D XPoint media is manufactured in cells that are laid out in a 2-layer crosspoint array that is faster to access than NAND flash but slower than DRAM, with write times about three times that of reads.

Optane can be used as a DIMM (persistent memory) connected to the memory bus or as an NVMe-connected SSD.