Committee members said it was necessary to punish anchors such as Via for tax evasion: making the new economic model healthy and fair

Ma Jin, a member of the National Committee of the Chinese People's Political Consultative Conference (CPPCC) who proposed a blacklist system for network anchors at the two sessions last year and a full-time vice chairman of the Shanghai Municipal Committee of the Zhi Gong Dang, said:Strengthening the tax supervision of anchors is very important for the transformation of the new economic model, and the punishment of the head anchor will play a warning role and will make the new economic model develop healthily and fairly.

Talking about Wei Ya and other head anchors who were punished for tax evasion, Ma Jin believes that these anchors have achieved high incomes, so they are responsible for paying the corresponding taxes to the state, and strict punishment is also very necessary.

Ma Jin told the Beijing Youth Daily reporter that with the development of the Internet, especially the development of the mobile Internet, online transactions and services have become very common, at this time, if you do not strengthen supervision, then it will destroy the new economic model and order that is being transformed, "so the punishment of these head anchors will play a warning role, which can make our new economic model develop healthily and fairly." ” 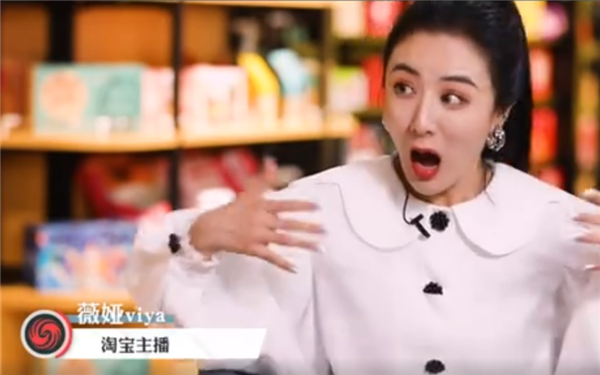 Previously, Ma Jin suggested that the tax department should strengthen the supervision of the tax payment of live broadcast platforms and network anchors. Anchors who have seriously evaded personal income tax should be paid back and punished, and publicized in relevant media.

"I proposed the implementation of the blacklist system, that is, to pay attention to the key regulatory objects." Ma Jin believes that honest tax declaration is the obligation of every citizen, and if there is a network anchor who fills in the report that does not conform to the facts, he will be severely punished and blacklisted.

For the frequent occurrence of tax evasion and tax evasion cases in the online live broadcasting industry, Ma Jin believes that this is related to the network anchor's use of imperfect tax policies to "exploit loopholes". Ma Jin introduced that the state will supervise large Internet platforms, some Internet small and micro enterprises belong to Internet innovation enterprises, and relevant national policies have also reduced some taxes for them. Some anchors take advantage of this imperfect policy and register many companies to achieve their tax evasion purposes.

Related news
GitHub Trending has long been “hidden” by Chinese developers. Foreign developers SAY NO
The Tax Office has made a rare appearance on what signals corporate bosses and web anchors are sending about tax evasion
The online celebrity anchor was charged more than 6 million yuan in taxes and rushed to the hot search
Procuratorial daily talk about Wei ya tax evasion: law-abiding before no red, evade tax obligations must be severely punished
Committee members said it was necessary to punish anchors such as Via for tax evasion: making the new economic model healthy and fair
The three departments issued documents to guide the healthy development of online live broadcasting
People's Daily Overseas Edition: Live streaming profits must be regulated and taxed
Economic Daily: There are rules for live broadcasts to go far
Hot news this week
China has found 35 known cases of the new zoonotic virus Langya
Losses in a single quarter of $ 23.4 billion a record, SoftBank did not carry the plunge of technology stocks and the devaluation of the yen
The prevention and control of the American Monkey epidemic has failed. What should I pay attention to?
Kuaishou launched a self-developed cloud intelligent video processing chip: The chip has been streamed successfully
The new product of Xiaomi MIX is coming: both internal and external dual -screen has been upgraded to make up for the previous generation.
Ministry of Public Security: Single telecommunications network fraud continues to cause 40 % of all electrical fraud cases
A new zoonotic virus, Langya, found in China has not yet been confirmed to be transmitted from person to person
A tech company in Shanghai has been fined 220,000 yuan for swiping orders to improve its ranking on Yelp
Special price "kill ripe"? Bike-sharing platforms have different prices for the same package for different users
Alibaba: Shareholders SoftBank will settle in advance for advanced payment in advance involving a maximum of about 242 million ADR
The most popular news this week
Apple's new iPad does not support 3.5mm headphone hole, Baidu map big update, anchor adopted two protected plants were checked, Rui Dragon 7000 series price stolen, these are the o...
A proposed ban on Internet addiction in California has failed
Industrial star attraction strategy to cope with the American semiconductor strangulation strategy
"Mother of the Chip" suffers! The United States blocked EDA to China: not so simple
8K Super Clear screen records Lingyue of China Space Station! Only 0.72 seconds
Sell to Tencent less than a year Sogou by the big purge: three major businesses are gone
After being suppressed by the United States, why did Ren Zhengfei thank you?
The fightback is coming! After ditching 34 Chinese suppliers, Apple was decisively rebuffed by two Chinese companies
Too sudden! The United States is clamping down again
Why is brain labor tired? Scientist: The brain can make poison