Meta indicted: Investors were not warned of the risks posed by Apple's privacy adjustments 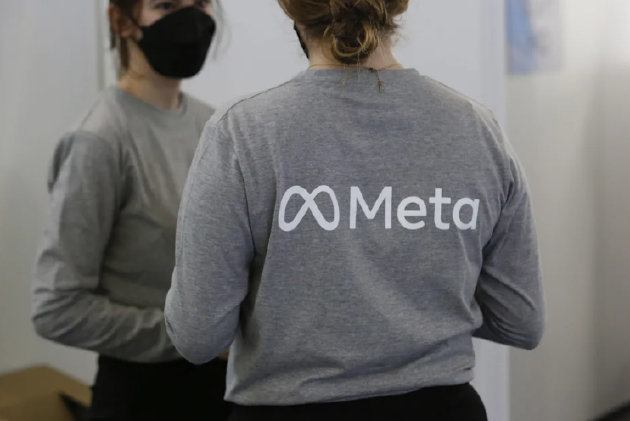 Sina Technology News At noon beijing time on March 9, it was reported that according to a proposed class action lawsuit, Meta made a false guarantee to investors that the impact of privacy adjustments on Apple's new privacy policy for iOS is "controllable". The company said in February that it expected the company to lose $10 billion in advertising revenue this year as a result of those changes.

"Instead of being transparent to investors, the trust fund painted a false and misleading picture of Meta's mitigation efforts in response to the iOS changes and rebuilding Its advertising business model," the trust said in its complaint.

But meta only "fully disclosed" the "material headwinds" facing meta's advertising business after it released a poor Q4 earnings report, which led to an unprecedented 27 percent decline in Meta's stock the next day, the trust said.

The trust fund said in its complaint that Meta's "misconduct and negligence" caused its share price to fall "sharply", causing significant losses and injuries to shareholders.

Related news
Yuan Cosmic bonus? Meta This profit engine is popular with capital market
Apple Watch? Meta's first smartwatch is exposed, photographed and detachable
Meta market value fell below $ 600 billion to reduce the eighth by British Weida
Meta's market capitalization lagged behind NVIDIA for the first time, ranking 8th among the most valuable companies in the United States
The EU regulator issued a preliminary decision to Meta that data transfers between the US and Europe could not continue
Meta was sued for Apple's privacy tweaks: withholding $10 billion in advertising losses
Meta indicted: Investors were not warned of the risks posed by Apple's privacy adjustments
Meta may join Apple and Intel in selling corporate bonds for the first time
It is referred to as the independent development of the Meta independent development of the chip cooperation with Qualcomm
Suspected of avoiding the privacy of Apple, Meta is facing a collective lawsuit
Hot news this week
"GTA6" was stolen by a hacker without being released. How can the game company defend the source code?
The new rules of Internet popover will be implemented on September 30, and the chaos of "bully screen advertising" is expected to be eradicated
Google is shutting down its Stadia cloud gaming project, with the developers involved saying they had no knowledge of the plans
Brother sent a mobile phone to pay 200 yuan to pay the owner to the police: money is not scraped by the wind
Mate 50 Kunlun version is in short supply! Huawei additional production capacity: October supply can improve
IPhone6 officially "retired", its series sold 250 million units, second-hand purchase price is now as low as 100 yuan......
After a lapse of 28 years, the Chinese women's basketball team won the World Cup runner -up Li Meng's T -shirt on fire
Woman addicted to 'A Sheep' husband worried about being cheated to report for help: official confession
Apple responds to the iPhone accident monitoring cannot be triggered 100%: no minimum requirements are met
Meituan Wang Xing: Chinese auto companies will definitely win, "NIO, Huawei, ideal" will replace BBA to occupy the high-end market
The most popular news this week
The king of mobile chips is laying off 20% of its headquarters
High -tech warm temperature+5 degrees Netease strict coffee carbon kent underwear 104 yuan
Bi Huawei Mate 50 Pro expensive IP14 Plus Tomorrow: 60Hz screen sells nearly 10,000 yuan
Girls walk to play mobile phone hit telephone pole forehead bulge: hope friends learn a lesson
The Snapdragon 8 Gen2 flagship of the Year is here! The standard battery may not even be 4000mAh
Boot up is the new high-end flagship of Android 13 first look: performance is crushed by iP14
Are you enough? Microsoft announced that all compatible users can upgrade win11 2022
American Infrastructure Revival 8000M Fiber Broadband: The same speed, unlimited upward speed, unlimited
Brazil approves Activision-Blizzard deal
Apple doubles U.S. manufacturing: mostly small-scale test production, only Mac Pro assembled in the U.S.