IT home on March 10, according to The Yangtze Daily, during the 2022 National two sessions, zhao Dexin, a professor at Zhongnan University of Economics and Law, filed a lawsuit against CNKI for safeguarding its rights, which attracted many representatives' attention. 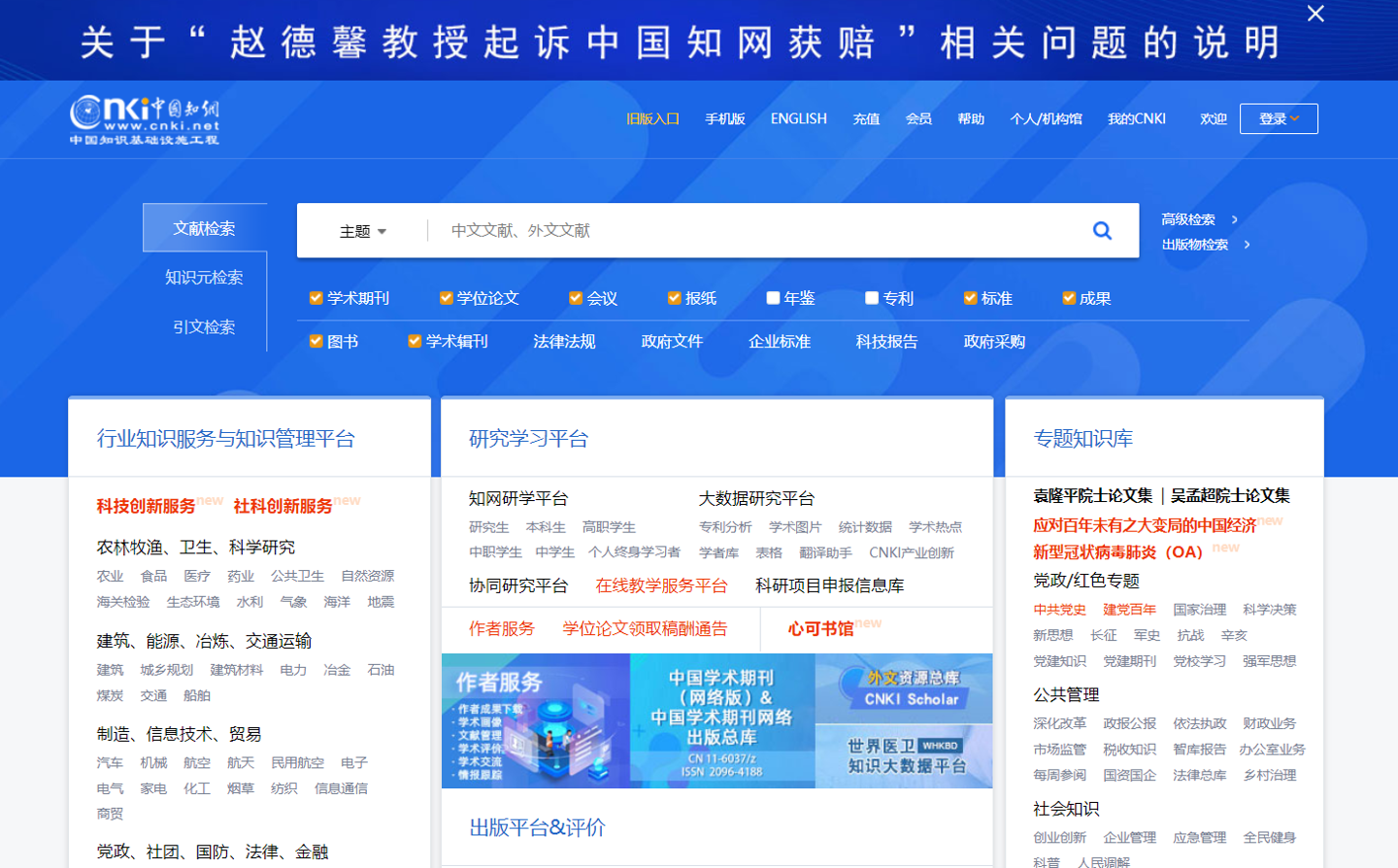 IT Home learned that CNKI was founded in 1999 by Tsinghua University and Tsinghua Tongfang. The goal of CNKI is to realize the sharing and value-added utilization of knowledge resources in the whole society. Wang Mingliang, chairman of the board, once proposed "Building China's knowledge infrastructure project". CNKI has built the world's largest full-text information volume "CNKI digital Library".

Cnki is a wholly-owned subsidiary of tongfang Co., LTD., a listed company. According to the financial report in 2020, the main business income of CNKI is 1.168 billion yuan, the net profit attributable to the shareholders of the parent company is about 193 million yuan, and the gross profit rate is 53.93%. In the first half of this year, Tongfang's main business revenue was about 496 million yuan, with a gross profit margin of 51.3 percent. Such gross margin, higher than the level of many high-tech companies.

Related news
No ps5, Sony announced the launch of "state of play" on August 7
The State Administration of Supervision: approved AMD's acquisition of Serinsi with additional restrictive conditions
The State Administration for Market Regulation responded that cnKI was under investigation for monopoly
Knowledge is expensive and cnKI makes a lot of money
The female writer informed the network operator that 55 works were provided for download without authorization, and the court awarded 22,800 yuan in damages
Guangming Daily: CNKI cannot be allowed to harm scientific research
The Office of Cyber Security Review launched a cyber security review of CNKI
Without permission to include works and provide download CNKI infringement was awarded 196,000
Hot news this week
Kuaishou launched a self-developed cloud intelligent video processing chip: The chip has been streamed successfully
Ministry of Public Security: Single telecommunications network fraud continues to cause 40 % of all electrical fraud cases
Special price "kill ripe"? Bike-sharing platforms have different prices for the same package for different users
A tech company in Shanghai has been fined 220,000 yuan for swiping orders to improve its ranking on Yelp
Text message color, picture quality compression! Google calls out Apple for improving cross-device messaging
Alibaba: Shareholders SoftBank will settle in advance for advanced payment in advance involving a maximum of about 242 million ADR
It is also the collapse of the mine card: NVIDIA graphics card plummeted, AMD graphics card increases against the trend
Gaming phones also have optical shake protection: a 50-megapixel large-background master camera on the Rescuer Y70
Musk's eyes! Lei Jun released a full -size humanoid robot Xiaomi self -developed strength explosion table
Biden signed a chip and scientific bill, a video call of WeChat iOS internal test suspension window, the advanced CPU caused Win11 to be difficult to use, Huawei new machines enter...
The most popular news this week
Economic Daily: US Chip Act will not stop China Chip!
Because of violating consumer law, Google was fined about 288 million yuan
Global e-commerce revenues may shrink for the first time
Apple's M2 processor is coming down: The iPad Pro 2022 is scheduled to ship in October
Are the suitcases hot? Meteorologist alert, the climate crisis is here!
Has been taken 4 pins, the new crown vaccine, the American Pfizer CEO is positive: taking special effects medicine
A fire broke out in Nintendo Japan headquarters, and the news said that it was caused by the charging electronic device
YouTube has been revealed as early as this fall to launch an online store to support streaming platform subscriptions
Video game company Unity rejected AppLovin's $17.5 billion takeover offer
Huawei Mate 50 series first emergency mode: can make phone calls and scan when the battery is exhausted