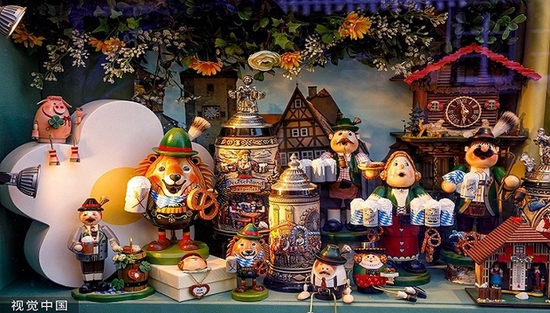 Corresponding to the performance, Bubble Mart's share price has been down all the way in recent times, and it has fallen by 70% from the high of HK$107 per share. This time, the market also diverged in the interpretation of the company's performance. After the opening of the market on March 28, Bubble Mart rose as much as 6.7%, but the afternoon diving eventually closed down 6.9%. In the two days since, Bubble Mart shares have risen 17%.

What does Bubble Mart's first full annual report after its listing reveal? After the stock price correction, has Bubble Mart ushered in investment opportunities?

A new highlight in the story

In terms of products, its own IP products are the main reason for the growth of Bubble Mart's performance. In 2021, its own IP products contributed 2.59 billion yuan to operating income, an increase of 160% year-on-year. On the one hand, this is due to the fact that mature items such as Molly still maintain their vitality, and on the other hand, it is also directly related to the continuous cultivation of popular new items.

Bubble Mart's own IP large items Molly and Dimoo achieved operating income of 705 million yuan and 567 million yuan respectively in 2021, an increase of 97% and 80% year-on-year. The vitality of mature items is related to the company's growing membership system. By the end of 2021, the total number of Bubble Mart members reached 19.58 million, with 12.18 million new members in a year. Members contributed 92.2% of sales and repurchase rate was 56.5%.

In 2021, Bubble Mart created three new 100 million-dollar ip items of its own, SKULLPANDA, Bunny and Small Sweet Beans. Among them, SKULLPANDA has become a hit, and its operating income has increased from the previous 39 million yuan to 595 million yuan, becoming the second largest single product after Molly.

Compared with its own IP products, the growth rate of Bubble Mart's exclusive IP products is much inferior. In 2021, the company's exclusive IP achieved operating income of 770 million yuan, an increase of 8% year-on-year. Mainly due to the fact that the operating income of the previous large single product PUCKY fell to 180 million yuan, down 39% year-on-year.

Overall, the revenue contribution of Bubble Mart's own IP and exclusive IP reached 74.8%, an increase of 7.5% year-on-year.

In terms of channels, Bubble Mart's online channels have performed prominently. In 2021, the company's online channel revenue was 1.88 billion yuan, an increase of 97% year-on-year. Among them, the Bubble Mart box pumping machine is a self-operated WeChat mini program, accounting for the highest proportion of online revenue, contributing 898 million yuan in revenue in 2021, an increase of 92% year-on-year. In addition, the growth rate of JD.com's flagship store and other online channels reached 3 times and 4.5 times, respectively.

Entering the official flagship store of Bubble Mart, you can find that the rapid growth of online revenue is not only because of blind boxes. The company has also launched a number of handmade, dolls and other peripheral products ranging from more than ten centimeters to tens of centimeters. Insiders refer to products other than blind boxes as "big babies", and big babies can refine many different branch lines. Different from the price of 59-79 yuan for blind boxes, the price of "big baby" is mostly 599-799 yuan. Bubble Mart's new MEGA collection series "Big Baby" in 2021 is priced at more than 1,000 yuan.

In terms of offline channels, Bubble Mart's retail stores and robot stores are steadily expanding. In 2021, 108 new offline stores were added, and the total number has reached 295. The number of robot stores reached 1870, and 519 new ones were added. The growth rate of stores and the growth rate of corresponding channel revenue are basically the same.

However, it is not easy for Bubble Mart to maintain high growth. Therefore, Bubble Mart, who is out of the circle with a "blind box", is not willing to label himself as a "blind box", but instead tries to explain that he is an IP-based tide play company.

Bubble Mart initially developed to benefit from the "blind box" sales mechanism. The uncertainty of buying a blind box that only knows which series it belongs to but cannot determine which image it is is, brings fun to the player, and the setting of the blind box hidden model has almost become the ultimate pursuit of players. Moreover, the "hidden model" can often sell at a high price in the secondary market, which also makes the "blind box" stained with lottery colors. Whether it is a preference or a pursuit of profits, the "hidden model" has greatly stimulated the players' desire to buy. As a result, the phenomenon of "end boxes" appeared in the player circle, that is, a whole box of blind boxes (ranging from 9-12) was bought.

After the bubble mart fire, the blind box game seems to have become a marketing miracle drug, and all kinds of blind boxes have emerged in an endless stream, which has also attracted various criticisms and regulatory attention. The Shanghai Municipal Bureau of Market Supervision has issued the "Shanghai Blind Box Business Activity Compliance Guidelines (Draft for Comment)" to standardize and guide the overall thinking of the blind box industry. Among them, including the price of a single blind box product is not higher than 200 yuan; blind box products need to clarify the probability of hidden money extraction and set the upper limit of the amount and number of withdrawals. If these regulations are implemented, it is still unknown how much impact it will have on the sale of bubble mart blind boxes.

In addition to regulatory risks, growth has also prompted Bubble Mart to move closer to the brand positioning of "tide play". Imagine that without Dawa's contribution, Bubble Mart's sales of 4.5 billion yuan today are roughly equivalent to 76 million blind boxes sold in the whole year. According to Wind's unanimous expectations, Bubble Mart's operating income in 2022 will reach 7.1 billion yuan, equivalent to the sale of 120 million blind boxes. After all, the number of people who can accept the "blind box" game is limited, and such an astronomical number in front of the eyes also means that the company's blind box sales ceiling is not far away. Therefore, the emergence of "big babies" is an inevitable requirement for growth.

The question is, the "big baby" that loses the blessing of the blind box game, can relying only on IP to maintain its vitality and user stickiness? In addition, consumer preferences are elusive. Bubble Mart has both the evergreen Molly and the suddenly falling PUCKY.

What is certain is that the tide play market is becoming increasingly competitive. Bubble Mart's earning power has quickly attracted a group of players from IP design to terminal channels. Since 2021, the tide play market has been heating up, and rapidly growing tide play companies, including TOP TOY, 52TOYS, and Thousand Island Tide Play Family, have emerged. At the same time, it also brings about the problem of IP homogenization. It is also worth observing whether Bubble Mart can also go out of the circle with IP.

IP creation is inseparable from the investment of sales expenses. From 2018 to 2021, Bubble Mart's selling expenses and operating income increased almost simultaneously. Selling expenses have increased from $126 million to $1,106 million. The year-on-year growth rate in 2021 is 75.5%.

At present, the market value of Bubble Mart is less than HK$50 billion, corresponding to a price-earnings ratio valuation of 50 times in 2021. Based on the company's rapid growth expectations, this valuation is still within a reasonable range. However, in the long run, it is still uncertain whether Bubble Mart can continue to produce explosive IP to maintain rapid growth.

Related news
Shanghai issued blind box business activities after the compliance guidelines bubble Mart responded
"Blind box" or "tide play", can bubble Mart, which earns 850 million yuan a year, tell a new capital story?
How long has it been since you bought a blind box? Share price halved, bubble Mat's "bubble" broke
Hot news this week
Biden signed a chip and scientific bill, a video call of WeChat iOS internal test suspension window, the advanced CPU caused Win11 to be difficult to use, Huawei new machines enter...
How to regulate the "broken card" operation to crack down on electrical fraud to prevent "accidental injuries" with cards?
Musk's eyes! Lei Jun released a full -size humanoid robot Xiaomi self -developed strength explosion table
Japan has confirmed that China has overtaken the US for the first time in the world's top three indicators of scientific papers
iPad 10 will be absent from iPhone 14 conference: October appeared on Apple's last non -comprehensive tablet tablet!
Kuaishou TOB business Yu Bing: Self -developed chips or mass production after the end of the year, the video must be turned into light industry
The three major indexes of the US stocks opened sharply: ROBLOX fell more than 4%, Twitter and Tesla rose more than 3%
The global streaming media have increased the animation circuit is becoming a new "breakthrough" for Youaiteng
After selling Tesla for $6.9 billion, Musk said he was not selling it, but a survey said he was still selling it. The title of the world's richest man may not be guaranteed next ye...
Meizu Pandaer Great: All products are reduced by 200 and 30 -containing mobile phone cases, heat dissipation back clamps
The most popular news this week
The survey shows that nearly half of the US Android users consider changing Apple iPhone
New bottle of old wine! Industry insiders: No one has the best cost control than Apple
Amazon requires US regulators to withdraw votes: bypassing the company's harassment of Bezos to disturb operations
Pet dog infecting monkey acne suspected "Human Poor" American CDC Reform Control Guide
Space Launch System to Fly for First Time
Tencent's second-quarter net profit fell 56% from a year earlier to 18.6 billion yuan
Fabless customers cut back on chip orders affecting Q4 capacity utilization
Washington's suspicion of TIKTOK exacerbated: How will the Bayeon government weigh it?
Pinduoduo launched its cross-border e-commerce platform in the United States in September
Put an SSD in your phone: from 2,499 yuan