Back in 2019, Quantic Dream, developer of Storm, Detroit: The Amazing Twin, announced that they would soon embrace a multi-platform strategy after a series of high-profile PlayStation exclusive titles. Apparently, this is thanks to Quantic Dream's new partnership with NetEase, which bought a minority stake in the company. However, the latest revelations say that the two sides seem to be interested in "perpetuating" this partnership. 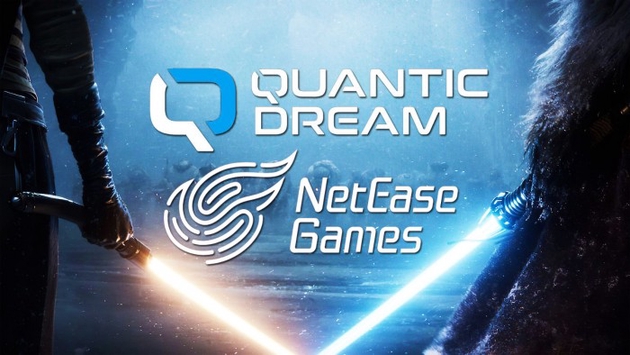 Tom Henderson, a person familiar with the matter, revealed that NetEase hopes to complete the acquisition of Quantic Dream sometime this year, and the two sides have been brewing on the matter for a long time. If all goes well, it could be officially announced in the summer of 2022.

As for why it got to this point, one theory is that Quantic Dream is seeking more funding for its ambitious Star Wars Eclipse project. While both companies have reservations about this for the time being, we are not surprised by potential acquisitions.

Over the past few years, Quantic Dream has struggled — from being accused of being a "toxic workplace" to a series of legal tug-of-war with the French media that have plagued the studio.

There are also reports that Star Wars: Eclipse is still a long way from release (expected to be released in 2027-2028). The previously released exciting trailers have also focused more on developers than on the fan base, because the studio is trying to recruit talent.

Finally, while not as aggressive as rival Tencent, NetEase has been steadily expanding its business — such as acquiring Suda51's Grasshopper Manufacture, poaching the leader of Sega's "Like Dragon" team, and setting up a new internal studio for it.

Related news
Chinese IT programmer living in Tokyo
Quantic Dream to develop Star Wars games
It was revealed that NetEase plans to acquire Quantic Dream game development studio within this year
Hot news this week
Kuaishou launched a self-developed cloud intelligent video processing chip: The chip has been streamed successfully
Ministry of Public Security: Single telecommunications network fraud continues to cause 40 % of all electrical fraud cases
Special price "kill ripe"? Bike-sharing platforms have different prices for the same package for different users
A tech company in Shanghai has been fined 220,000 yuan for swiping orders to improve its ranking on Yelp
Alibaba: Shareholders SoftBank will settle in advance for advanced payment in advance involving a maximum of about 242 million ADR
Text message color, picture quality compression! Google calls out Apple for improving cross-device messaging
It is also the collapse of the mine card: NVIDIA graphics card plummeted, AMD graphics card increases against the trend
Gaming phones also have optical shake protection: a 50-megapixel large-background master camera on the Rescuer Y70
Biden signed a chip and scientific bill, a video call of WeChat iOS internal test suspension window, the advanced CPU caused Win11 to be difficult to use, Huawei new machines enter...
Musk's eyes! Lei Jun released a full -size humanoid robot Xiaomi self -developed strength explosion table
The most popular news this week
Apple's M2 processor is coming down: The iPad Pro 2022 is scheduled to ship in October
Are the suitcases hot? Meteorologist alert, the climate crisis is here!
Has been taken 4 pins, the new crown vaccine, the American Pfizer CEO is positive: taking special effects medicine
A fire broke out in Nintendo Japan headquarters, and the news said that it was caused by the charging electronic device
YouTube has been revealed as early as this fall to launch an online store to support streaming platform subscriptions
Video game company Unity rejected AppLovin's $17.5 billion takeover offer
Huawei Mate 50 series first emergency mode: can make phone calls and scan when the battery is exhausted
iPad 10 will be absent from iPhone 14 conference: October appeared on Apple's last non -comprehensive tablet tablet!
Graduates have a chance to get a million dollars? Sequoia China has set up YUE, a start-up accelerator
Samsung adjustment strategic layout will gradually eliminate DDR3 memory chips