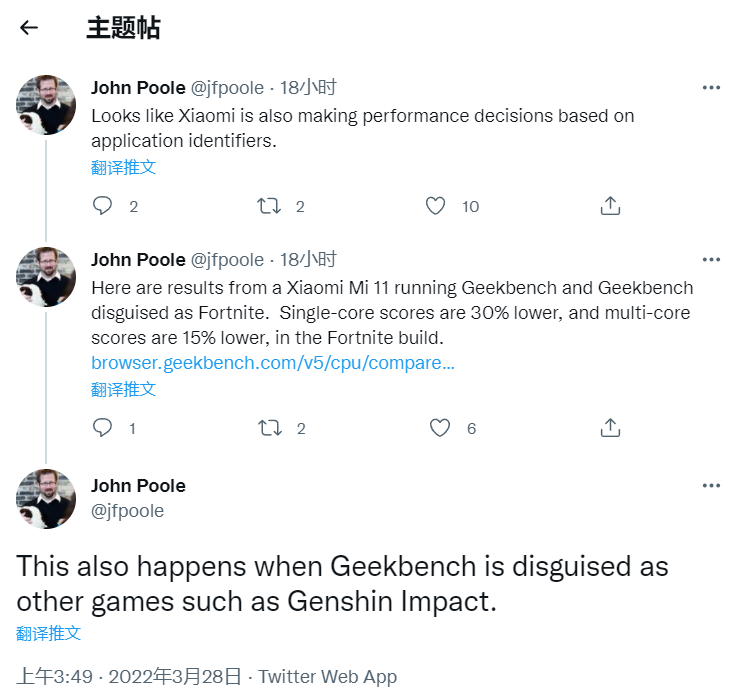 In a statement received by Hardware Info, Xiaomi said:

Xiaomi uses temperature management strategies to ensure the best product experience, especially for demanding apps that are often used for a long time. In many devices, we offer three performance modes that allow users to adjust the balance between performance and energy efficiency. At the system level, all optimizations related to application performance weigh many fundamental factors, such as power consumption, performance, and heat dissipation.

As IT Home previously reported, Poole posted a comparison chart showing the mi 11's Geekbench stats dropping from 1129 and 3714 to 791 and 3125 after IT disguised itself as Fortnite. 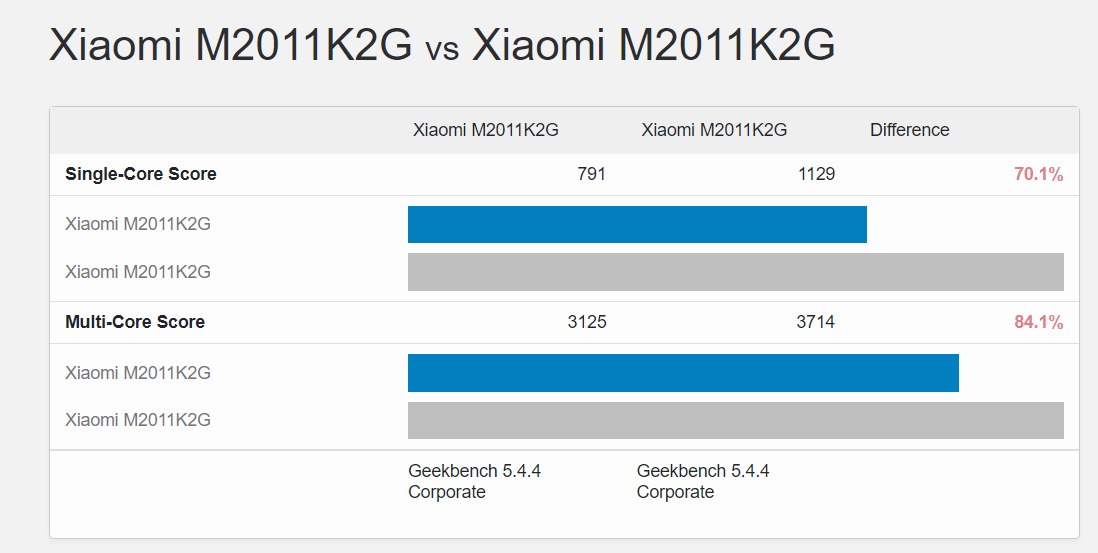 In addition, Poole claims that Geekbench saw a similar drop in runs when it was disguised as The Original God.

In March, benchmark app Geekbench removed some Samsung Galaxy S phones, including the latest S22 series, from its list because its game optimization service limited the performance of the phones' CPUS and gpus. Samsung responded by saying it was doing so to increase battery life and prevent the phone from overheating.