Invest in Twitter to become the largest shareholder! Musk's purpose is about to be achieved

And on April 5, according to a filing with the SEC, Twitter will appoint Tesla CEO Elon Musk as a member of its board of directors. Musk will serve as a Category II director until 2024, a position that could serve as a counter-takeover measure.

"The Company will appoint Mr. Musk as a member of the Company's Board of Directors as a Class II Director for a term expiring at the Company's 2024 Annual General Meeting. "

The document said, "As long as Mr. Musk serves on the Board, Mr. Musk will not be alone or as a member of a group for the next 90 days,Become the actual owner of more than 14.9% of the Company's issued common stock, including the economic risk of trading through derivative securities, swaps or hedging for these purposes. "

Musk said he looked forward to working with Parag and Twitter's board to make significant improvements to Twitter in the coming months. 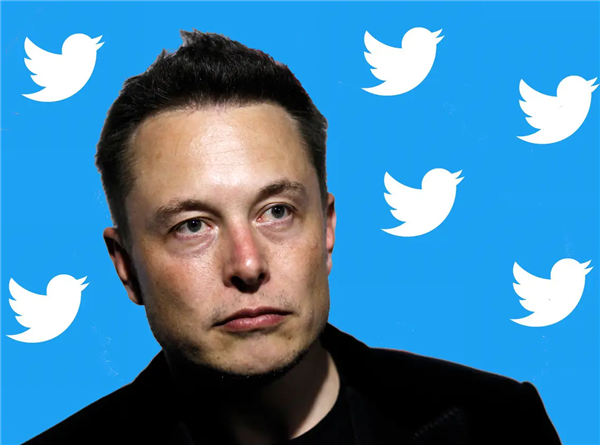 It is worth mentioning that a few days ago, Musk launched an investigation on Twitter, asking its fans "whether they need an edit button", which may also be in line with Musk's claim that it will make major improvements to Twitter.

In addition, according to Cathy Wood, founder of Ark Investment Management,Musk's stake in Twitter could reshuffle the company's management.

And Cathy Wood said in an interview that Musk had sent a "strong signal" to Twitter's current CEO, Parag Agrawal.

It is reported that the previous CEO Dorsey is a good friend that Musk admires. In 2020, Musk also publicly supported Dorsey. At that time, because Twitter's stock price and performance continued to be sluggish, institutional investors were dissatisfied with Dorse as the CEO of both Twitter and Square listed companies, and continued to pressure Dorse to resign and let Twitter go.

In December, Dorsey finally resigned as Twitter's CEO and announced his retirement from the board, completely fading out of Twitter operations and focusing on Square's CEO role. Twitter's former CTO Agarwal took over as CEO.

But Musk seems very unhappy with the new Indian-born CEO. He publicly mocked the new CEO on Twitter, even using old historical photos of Stalin and Yezov, P put on the heads of Agaval and Doshi, and alluded to Twitter's drive away Dorsey.

At this time, Musk suddenly took over the position of Twitter's largest shareholder, and did not rule out the attempt to interfere with the management by increasing the influence on Twitter's board.Now, Musk has become a member of the board, indicating that Musk may have completed the first step of the plan.

Related news
Musk joins Twitter as largest shareholder She-shar: Or change the CEO
Invest in Twitter to become the largest shareholder! Musk's purpose is about to be achieved
Musk will meet with Twitter employees next week in hopes of dispelling concerns
Musk, who became a director and largest shareholder, began touting his reform policies toward Twitter
Musk spent $43 billion to buy Twitter, what else is uncertain?
Some Twitter users have shown an edit button but changes to tweets will fail to be sent
Twitter "abandoned" by Musk
Hot news this week
Biden signed a chip and scientific bill, a video call of WeChat iOS internal test suspension window, the advanced CPU caused Win11 to be difficult to use, Huawei new machines enter...
How to regulate the "broken card" operation to crack down on electrical fraud to prevent "accidental injuries" with cards?
Musk's eyes! Lei Jun released a full -size humanoid robot Xiaomi self -developed strength explosion table
iPad 10 will be absent from iPhone 14 conference: October appeared on Apple's last non -comprehensive tablet tablet!
The three major indexes of the US stocks opened sharply: ROBLOX fell more than 4%, Twitter and Tesla rose more than 3%
Kuaishou TOB business Yu Bing: Self -developed chips or mass production after the end of the year, the video must be turned into light industry
Meizu Pandaer Great: All products are reduced by 200 and 30 -containing mobile phone cases, heat dissipation back clamps
The global streaming media have increased the animation circuit is becoming a new "breakthrough" for Youaiteng
After selling Tesla for $6.9 billion, Musk said he was not selling it, but a survey said he was still selling it. The title of the world's richest man may not be guaranteed next ye...
Distributed database OceanBase announced 4.0 product release, single -machine deployment performance is super mysql
The most popular news this week
AMD Zen4 Ryzen Ultra HD: The Octalus
A PC processor more advanced than AMD's 5nm Zen4 is going to be a chip: Intel is jealous
First time in Shanghai! One billion electronic vouchers are coming: Alipay and wechat are available
The survey shows that nearly half of the US Android users consider changing Apple iPhone
New bottle of old wine! Industry insiders: No one has the best cost control than Apple
Amazon requires US regulators to withdraw votes: bypassing the company's harassment of Bezos to disturb operations
Pet dog infecting monkey acne suspected "Human Poor" American CDC Reform Control Guide
Space Launch System to Fly for First Time
Tencent's second-quarter net profit fell 56% from a year earlier to 18.6 billion yuan
Fabless customers cut back on chip orders affecting Q4 capacity utilization