Samsung's new flagship Galaxy S22 flipped over as soon as it hit the market: can it still become an iPhone rival? 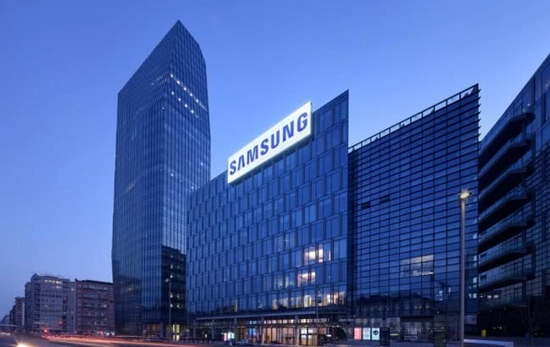 Sina Technology News On the afternoon of April 8, Beijing time, it was reported that due to poor performance, the price of the galaxy S22, a new generation of flagship smartphones that had just been listed by Samsung Electronics, was cut by nearly half, and damaged its image as a competitor to Apple's iPhone.

Consumers have been complaining, and have even filed a class-action lawsuit saying that Samsung advertised the Galaxy S22 as the most powerful smartphone, but barely mentioned the details of its performance management software. Users say the Galaxy S22 slows down significantly when using processor-intensive applications (derived from its performance management software).

The complaints prompted The Korea Fair Trade Commission (KFTC) to launch an investigation into Samsung last month. Industry insiders say the controversy is a blow to Samsung's reputation as a high-end smartphone and could also weigh on its finances. At present, it is at the time when Samsung is trying to increase its high-end smartphone sales and reverse the decline in market share.

Lee Seung-woo, an analyst at Eugene Investment & Securities, said: "This dispute will inevitably have a major blow to Samsung's credibility. ”

It is reported that the core of consumer complaints [into black cat complaints] is Samsung's "game optimization service" (GOS). The service manages device performance during gameplay to prevent overheating and extend battery life. Samsung launched the app in 2016, but a few months later, Samsung's then-high-end smartphone, the Galaxy Note 7, had a series of battery fires and was eventually recalled.

Geekbench, a widely adopted phone performance scoring standard, says GOS automatically limits the phone's performance during gameplay or when using other performance-intensive apps. Geekbench found that the software reduced the processor speed of the Galaxy S22 by 46 percent.

GOS's drastic slowdown of the Galaxy S22, the lack of details about the software in marketing materials, and the inability to disable the software have angered users and complained on social media.

ItSub, a YouTuber user with 2.1 million subscribers and a focus on electronics, posted on YouTube: "This is an unprecedented crazy event that cannot be excused in any way. ”

Samsung said it has released an update that allows users to disable the software without posing a risk to security. Samsung also said it will continue to invest in hardware and software innovations.

The price slashed in half

Kim Ji-San, an analyst at Seoul's Kiwoom Securities, said: "This global decline in performance has definitely had a negative impact; but its actual impact on Samsung's mobile phone sales seems to be limited. The data shows that the sales of this phone have not been greatly affected. ”

An official at operator LG Uplus said: "When the subsidies of the three telecom companies increased at the same time, it was usually due to the manufacturer's reasons. ”

According to market research firm Counterpoint, Samsung's market share in devices above $400 in 2021 fell 3 percentage points year-on-year to 17 percent, while Apple's market share rose 5 percentage points to 60 percent. The data also shows that the sales of the Galaxy S20 and S21 (the first two generations of flagship products) are lower than the normal sales of 30 million units in the first year of the "S series".

Sujeong Lim, deputy director of Counterpoint, said early shipments of the Galaxy S22, released in late February, indicated that sales were expected to exceed 6 million units by the end of March, which was broadly in line with expectations.

However, Lee Seung-woo, an analyst at Eugene Investment Securities, expects the anger sparked by GOS, combined with the increase in parts costs, to reduce the operating profit of Samsung's mobile division to about 3 trillion won in the second quarter (April-June), lower than the previously expected 3.4 trillion won.

Samsung said yesterday that it expects overall operating profit to grow by 50% in the first quarter of this year (January to March) as demand for its memory chips remains strong.

Phone reviewers said that after disassembling the lowest-end version of the Galaxy S22, it was found that the phone lacked a cooling part called the "vapour chamber", which means that the phone will increasingly rely on software to manage overheating.

Analysts say the software solutions are being used because of a new cost-cutting policy. But this strategy has eroded Samsung's reputation for hardware-based innovation.

As a result, 1,885 consumers filed a class-action lawsuit alleging that Samsung's marketing exaggerated the performance of the Galaxy S22. The users demanded that Samsung compensate each person for 300,000 won (about 1,545 yuan).

In this case, Kim Hoon-chan, a lawyer representing consumers, said: "If Porsche had a speed limit of 100 kilometers per hour, would you still buy it?" The lawyer should reveal that about 1,500 people joined the ranks of the second class action lawsuit.

Related news
It was reported that the Galaxy S22 Ultra had been renamed note 22 Ultra S22 Plus and the S22 Pro
Sources say the Samsung S22 Ultra will likely be called the Note 22 Ultra S22+ into the S22 Pro
Screen crush iPhone 13! Samsung S22 exposure: super narrow frame, 4 sides of the same width
Designer sharing Samsung Galaxy S22 Note Ultra Smart Concept Rendering Chart
Samsung Galaxy S22 exposure: 龙 8 platform, straight screen
Accident! Exposure Samsung Galaxy S22 series processor collective change
The Samsung Galaxy S22/Plus/Ultra European price exposure has not become cheaper
A15 is still silent! iPhone 13, Samsung S22 performance comparison: miserable
Samsung's new flagship Galaxy S22 flipped over as soon as it hit the market: can it still become an iPhone rival?
Samsung Galaxy S22 Ultra is about to launch a new Bora Purple
Hot news this week
With the NIL technology, Canon wants to provide China with a lithography machine comparable to the EUV
Genius hacker Geohot promised Musk 12 weeks to fix Twitter search, but posted for help because he wouldn't react
Google's parent company is planning to cut tens of thousands of jobs
The Long March 9 is basically confirmed: the low-orbit carrying capacity of 150 tons can carry the entire space station into space
A small plane in the US has crashed into a 30-metre high voltage power line and got stuck: 80,000 people affected
Can recording others' wechat chat records be used as evidence? The Beijing Internet Court has an answer
Alibaba launched a new cross-border e-commerce platform in Spain, aiming to operate independently in the middle and high-end market
Google is concerned that Microsoft's acquisition of Activision Blizzard will affect the ChromeOS experience
The second generation Snapdragon 8 flagship! Mi 13 toughened film appeared: four sides and other narrow screen accounted for a stable ratio
A Tesla crashed into two cars in Taizhou, Zhejiang province, killing two and injuring one, police said
The most popular news this week
The most controversial generation of Windows: Vista turns 16!
Apple lost $56.1 billion on Black Friday! Production of the iPhone 14 is expected to drop by nearly 10 million units
Chinese storage stands up: SSD forced overtaking! World giants like Samsung lag behind
QQ membership via SMS has become a thing of the past: Tencent officials said the relevant business functions have been offline
Two men ransacked an Apple store and made off with more than 200,000 products: a textbook move by the employees
South Korea 2-1 Portugal repeat Asian miracle: Lei Jun with Xiaomi 13 thumbs up
The standard version is unbeatable and sells for 3,999 yuan for Mi fans
Two new Huawei devices are ready to launch: one is more creative
For the first time ever! NVIDIA graphics card to play the game flash screen must refresh the BIOS
Samsung Galaxy Z Flip5 exposure: Larger screen, fewer creases