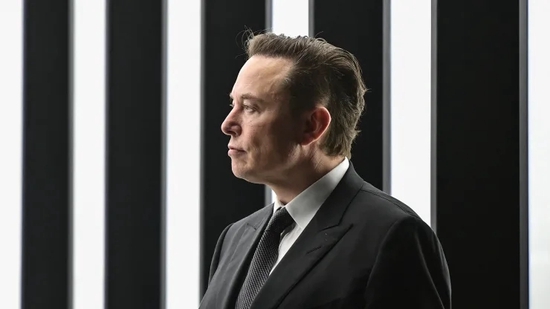 Sina Technology News On the morning of April 11, Beijing time, it was reported that Elon Musk had made suggestions to Twitter through a tweet.

This time, he made a series of recommendations for Twitter Blue's subscription service, including price cuts, banning ads and allowing users to pay with Dogecoin.

The Tesla and SpaceX billionaire CEO, who currently owns 9.2 percent of Twitter, is an active Twitter user and regularly uses his tweets to influence the market.

He was appointed to Twitter's director last Tuesday and said he wanted to work with Twitter's board to "significantly improve Twitter in the coming months."

Musk said in a series of tweets published on Saturday that the service should not come with ads and that prices should be lowered.

"All subscribers who sign up for Twitter Blue (i.e. pay $3 per month) should receive a certification mark." He said.

"The pricing should be around $2 per month, but requires a 12-month upfront payment and no check mark on the account for 60 days (note credit card charges). If spam is used, the service will be discontinued and no refund will be given. He said.

He added: "There should be no advertising. If Twitter survives on advertising fees, corporate dominance over its policies will be greatly enhanced. ”

Musk also proposed that pricing "should be proportional to purchasing power and charged in local currency." ”

"Maybe you can add Dogecoin payment options?" He said. Dogecoin is a cryptocurrency.

The Twitter Blue service is currently only available to the United States, Canada, Australia and New Zealand.

The undo feature allows subscribers to change their tweets before publishing. This is not the editing feature that Twitter users have always asked for. "It's not an edit button, it's a chance for people to preview and edit tweets before letting the world see the content." The company said.

Related news
Musk, who became a director and largest shareholder, began touting his reform policies toward Twitter
Musk took a shot: Suggested allowing Twitter Blue subscribers to pay with Dogecoin
Some Twitter users have shown an edit button but changes to tweets will fail to be sent
Twitter "abandoned" by Musk
Twitter may quadruple the price of Twitter Blue subscriptions
Musk's Revenue-generating plan thwarted? Twitter Blue, which costs $8 a month, has been suspended
Musk: Blue V Authentication Twitter Blue rollout is on hold again until it is able to solve the problem of fake accounts
Hot news this week
With the NIL technology, Canon wants to provide China with a lithography machine comparable to the EUV
The Long March 9 is basically confirmed: the low-orbit carrying capacity of 150 tons can carry the entire space station into space
A small plane in the US has crashed into a 30-metre high voltage power line and got stuck: 80,000 people affected
Alibaba launched a new cross-border e-commerce platform in Spain, aiming to operate independently in the middle and high-end market
Can recording others' wechat chat records be used as evidence? The Beijing Internet Court has an answer
Google is concerned that Microsoft's acquisition of Activision Blizzard will affect the ChromeOS experience
When pure water is used in China team to solve the problem of seawater hydrogen production: it is expected to become an original industry
It's not just Huawei! Beidou has penetrated more than 20 industries and applied more than 15.5 million products
The second generation Snapdragon 8 flagship! Mi 13 toughened film appeared: four sides and other narrow screen accounted for a stable ratio
A Tesla crashed into two cars in Taizhou, Zhejiang province, killing two and injuring one, police said
The most popular news this week
Intel says key issues with U.S. chips have been resolved
RTX 4090 card into PPT 3A game masterpiece apology urgent update patch
Transsion will be holding a launch event in Dubai in addition to mobile phones and laptops
The first Snapdragon 8 series phone in the popular colors of 2023 hits the shelves: a stunning 5600 yuan design
Why do laptops need more memory?
Increase production capacity! Apple speeds up iP14 Pro shipments: Arrive as soon as New Year's Day 2023
What a fan! Netizens spend ten thousand yuan to get three mobile phones at once: beautiful
A bachelor's degree is needed for a New York City rat control manager who earns 1.2 million yuan a year
4090/80 Take that! Third party pre-orders for AMD RX7900: The most expensive over 11,000
Mi 13 series press conference preview: It is likely to start 3999