At the beginning of March, Apple's cheapest 5G mobile phone to date, the iPhone SE3, was officially released, equipped with the same A15 bionic chip of the iPhone 13 series, priced at 3499 yuan.

After a month of use,Recently, some users have reported that the iPhone SE3 has automatically restarted.

In the Apple support community, some users said that the iPhone SE3 encountered four or five times in half a month. "I remember once I took it out of my pocket and restarted it, and the rest was when I unplugged the charger and restarted it myself."

The user said,Many people have encountered it on Tieba, starting with iOS 15.4, and then updating 15.4.1 is still not fixed. 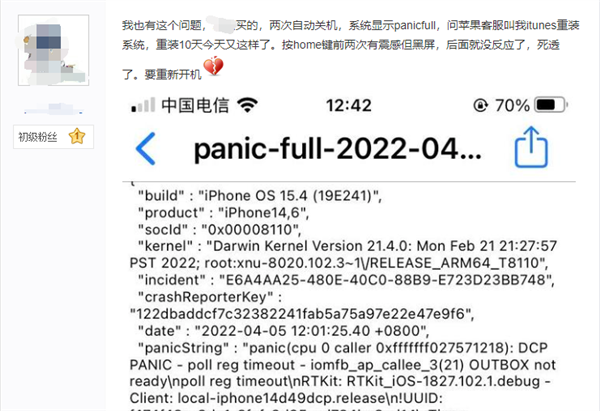 On Tieba and Weibo, many users reported similar restart problems. However, some users said that their iPhone SE3 is normal and does not automatically restart.

Tieba users said, "The iPhone SE3 has a standby shutdown, appears for two consecutive days, and the code is the same problem." It is understood that the code mentioned by the user is the "panic full" error page that appears after the failure occurs.The page prompts "DCP PANIC-poll reg time out". 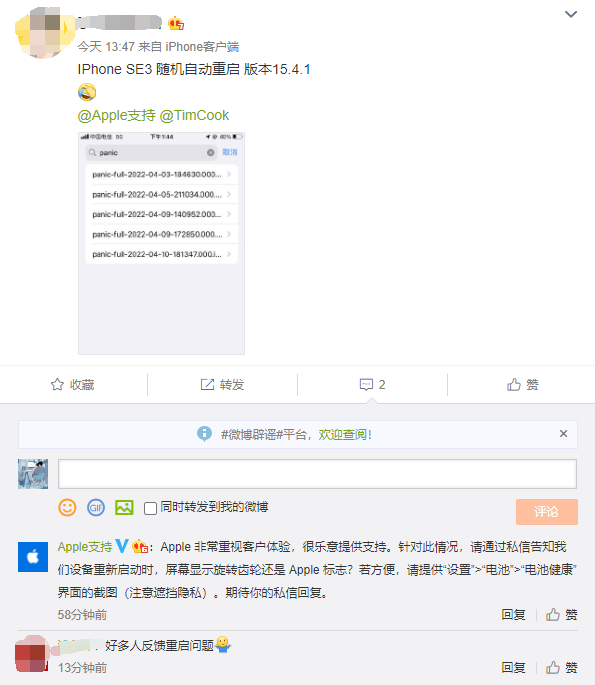 @Apple support official micro said that in view of this situation, please tell us through private messages that when the device restarts, the screen shows a rotating gear or an Apple logo? If convenient, please provide a screenshot of the "Settings" > "Battery" > "Battery Health" interface (pay attention to privacy). 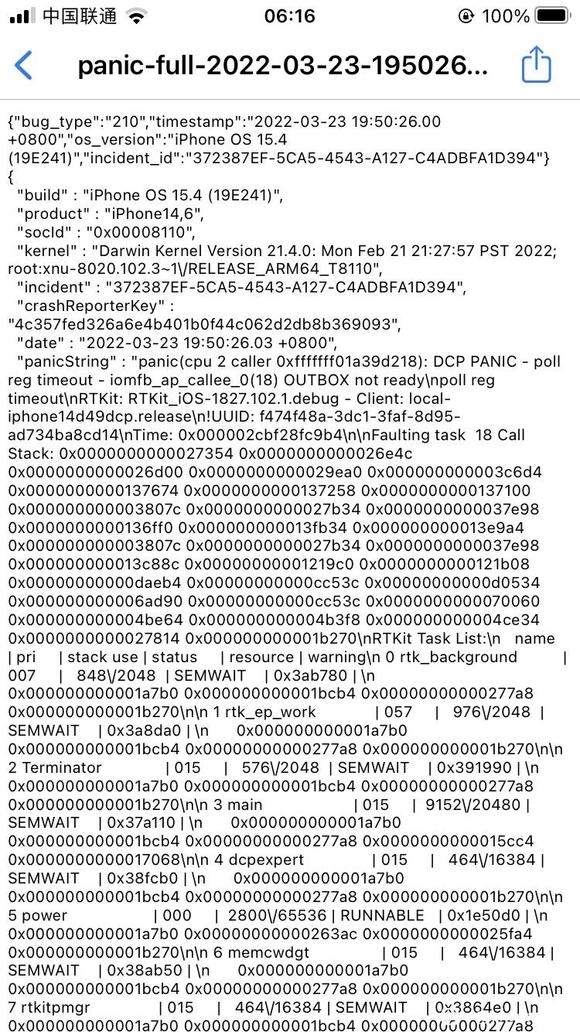 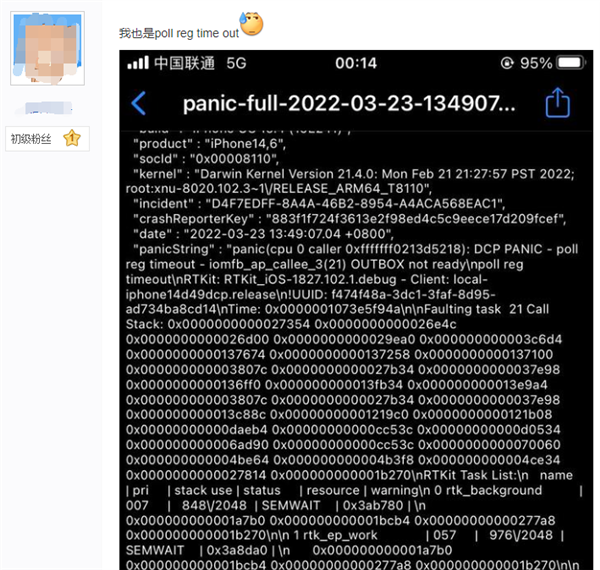 Related news
Screen bigger, configuration upgrade! Guo Minghui exposes iPhone Se3: wait
Cost-effective awesome! Apple is preparing for iPhone Se3: 5g, bigger screen
Sources said that apple is preparing iPhone Se3: A14 bonus, 3500 yuan start
IPhone Se3 will debut next year: first equipped with 6.1-inch Bang screen and rear dual camera
Apple's largest market value has broken 2.8 trillion in innovation: iPhone Se3 is coming
Apple fights for 1.4 billion android users on low and mid-range devices! IPhone SE3 to be released: This is expected to be too cheap
5G+A15 processor Messages say Apple started iPhone SE3 production
Apple official website to start maintenance! The iPhone SE3 debuted at 2 a.m
Apple mobile phone is exposed again to cut: Small screen iPhone SE3 is not popular
Apple's cheapest 5G mobile phone is suspected of "rolling over"! Exposed iPhone SE3 automatically restarts for no reason
Hot news this week
With the NIL technology, Canon wants to provide China with a lithography machine comparable to the EUV
Genius hacker Geohot promised Musk 12 weeks to fix Twitter search, but posted for help because he wouldn't react
Google's parent company is planning to cut tens of thousands of jobs
The Long March 9 is basically confirmed: the low-orbit carrying capacity of 150 tons can carry the entire space station into space
A small plane in the US has crashed into a 30-metre high voltage power line and got stuck: 80,000 people affected
Can recording others' wechat chat records be used as evidence? The Beijing Internet Court has an answer
Alibaba launched a new cross-border e-commerce platform in Spain, aiming to operate independently in the middle and high-end market
Google is concerned that Microsoft's acquisition of Activision Blizzard will affect the ChromeOS experience
The second generation Snapdragon 8 flagship! Mi 13 toughened film appeared: four sides and other narrow screen accounted for a stable ratio
A Tesla crashed into two cars in Taizhou, Zhejiang province, killing two and injuring one, police said
The most popular news this week
The most controversial generation of Windows: Vista turns 16!
Apple lost $56.1 billion on Black Friday! Production of the iPhone 14 is expected to drop by nearly 10 million units
Chinese storage stands up: SSD forced overtaking! World giants like Samsung lag behind
QQ membership via SMS has become a thing of the past: Tencent officials said the relevant business functions have been offline
Two men ransacked an Apple store and made off with more than 200,000 products: a textbook move by the employees
South Korea 2-1 Portugal repeat Asian miracle: Lei Jun with Xiaomi 13 thumbs up
The standard version is unbeatable and sells for 3,999 yuan for Mi fans
Two new Huawei devices are ready to launch: one is more creative
For the first time ever! NVIDIA graphics card to play the game flash screen must refresh the BIOS
Samsung Galaxy Z Flip5 exposure: Larger screen, fewer creases