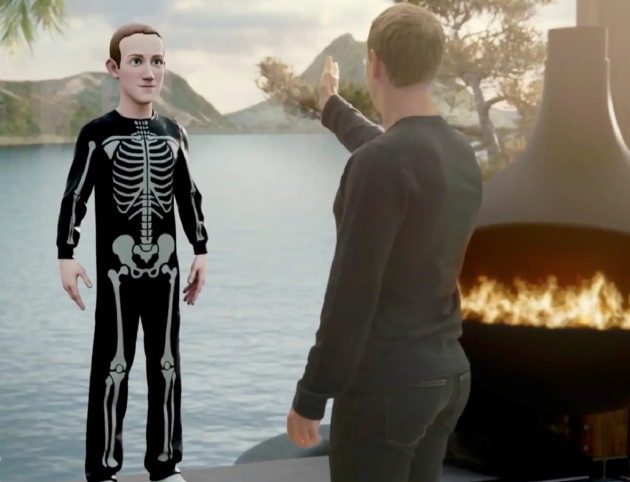 Sina Technology News Beijing time news, according to reports, for developers who sell virtual products in their "Yuancos", Facebook Mother Meta will charge them up to 47.5% of the cost, far more than Apple The App Store app stores 30% charged to developers.

Meta announced earlier today that it will test virtual sales in its "Yuan Cosen" platform "Horizon Worlds", which is also a key part of Meta to create a "Yuancos" program. Specifically, Meta will provide some commercial tools to specific users, allowing them to sell virtual products in Horizon Worlds, such as fashion accessories; or provide payment access services for specific content to other users.

Zuckerberg said: "We focus on providing developers to provide creation opportunities to get revenue from the work. But Apple 30% transaction is difficult to increase Facebook to achieve this goal. Therefore, we will Change the subscription product to make developers have more income. "

For this extraction ratio, Meta spokesperson has given confirmation. The spokesperson said: "If the developer sells one item with $ 1.00, the Meta Quest Store will be $ 0.30, and the Horizon Worlds platform fee will be $ 0.17 (25% of the remainder). In any applicable tax Previously, left to the creator is $ 0.53. "

Vice President of Meta's Horizon Worlds, Vivick Sharma, said: "We believe that this is a very competitive price in the market. We believe that other platforms can also get their share. "

In October last year, Facebook announced that "Meta" is renovated to move from social media services to so-called

Earlier this month has reported that META's financial sector explored digital currency "Zuck Bucks" (Zuccin) that was circulated in the "Yuancos". This virtual coin may not be a block-based encrypted currency, but a centralized coinarily doctrine of centralized management.

Zachberg said last year that Meta will invest hundreds of millions of dollars in the next few years. Zuckerberg also pointed out that "Yuancos" will not develop into a profitable business in the short term.

It is expected that by 2025, the market size from games, corporate communications and advertising fields will reach at least $ 82 billion.

Related news
Meta Company slams Facebook to change the name in the open letter
Yuan universe Christmas fire! Meta VR helmet into Americans favorites
Apple Watch? Meta's first smartwatch is exposed, photographed and detachable
Meta score 47.5% to "Yuan Universe" developers more than Apple 30%
Technology giants such as Meta and Microsoft formed the Yuanshi Standard Organization: Apple is absent
Reworking the "Apple Tax" Meta in the metasverse was roundly criticized
It is referred to as the independent development of the Meta independent development of the chip cooperation with Qualcomm
Zuckerberg is committing a typical Silicon Valley error: Meta has become Yahoo 10 years ago
Meta is at it again bashing Apple! Accused it of "taking away" some advertising revenue
Meta Knife, Silicon Valley winter
Hot news this week
Alibaba launched a new cross-border e-commerce platform in Spain, aiming to operate independently in the middle and high-end market
It's not just Huawei! Beidou has penetrated more than 20 industries and applied more than 15.5 million products
The appearance of Xiaomi's mini console is revealed for the first time: an all-metal body with a strong apple smell
Apple is recruiting neurorendering research scientists to create immersive experiences for AR/VR products
Guo Ming ð «  creates: apple MR head or extended to the second half of next year, mass production shipment is less than 5
Breaking the spell of "Android 3 year must card", the new Breguet mobile phone will be sold for the first time tomorrow: from RMB3499
When pure water is used in China team to solve the problem of seawater hydrogen production: it is expected to become an original industry
The United States, the most powerful chip designer, now has a crisis: it is shooting itself in the foot
Manufacturers like Samsung and Xiaomi have been affected. Google has revealed a dangerous flaw that threatens millions of Android devices
Be careful with your phone for a long time! The aunt played with her mobile phone so much that her fingers got stuck
The most popular news this week
Standard iP14! This is the no-miss flagship Mi 13 Series: a big upgrade compared to 12/12S
You know what? Looking at your phone while driving is the equivalent of driving blind for about 50 meters, which is extremely dangerous
The United States has approved the first fecal transplant to treat disease by transplanting someone else's feces
Amazon has withdrawn a new offer from its retail division, cutting off new employees who were due to start early next year
Apple has delayed the launch of Apple Pay in South Korea due to a local censorship clause
Dalitsu, a lens supplier for Apple's iPhone 14, reported revenue of NT $5.231 billion in November, up 20 percent from a year earlier
Apple is considering making some iPad models In India
An international first! The experiment of space culture of complete life cycle of rice was completed
Musk's brain-computer interface company Neuralink was revealed to be the subject of a US federal investigation, just four days after releasing a timetable for human trials
Microsoft said the acquisition of Activision Blizzard would help the game industry innovate