Musk spent $43 billion to buy Twitter, what else is uncertain?

Tesla CEO Musk has finally announced his foray into the media industry, this time to wholly acquire social media Twitter.

On Thursday, Twitter said it had received an offer from the world's richest man and would scrutinize the acquisition proposal. According to SEC documents, Musk offered to buy all of the remaining twitter shares in cash for $54.2 per share, after he disclosed owning more than 9 percent of Twitter.

Musk's acquisition gives a $43 billion offer, a 38 percent premium to its Closing price on April 1 and 18 percent to Wednesday's closing price.

According to Musk's proposal, which plans to take Twitter private after acquiring it, he believes Twitter needs to be "transformed." Twitter shares surged 13 percent at one point on Thursday, closing down. Tesla's closing share price plunged 3.66%.

Musk said the latest offer was his "best and final offer" and said he would have to reconsider whether to give up his additional 9 percent stake if Twitter didn't accept it. 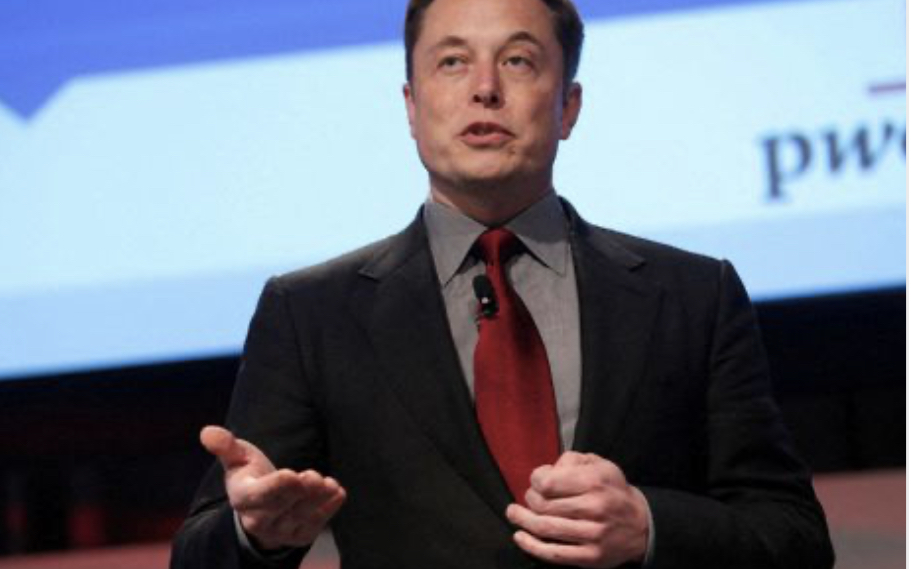 Musk revealed last week that he had been buying Twitter stock since the end of January, and that he had spent $2.6 billion to increase his holdings of 73.1 million shares, or more than 9 percent, based on information disclosed by the company at the time.

In a letter to Twitter, Musk wrote: "Since I made my investment, I have realized that the company will neither thrive nor serve the needs of society well in its current form unless it is transformed into a private company." ”

According to Twitter's full-year 2021 financial report released in February this year, revenue was $5.08 billion, up 37% year-on-year, and the net loss still reached $221 million, although it narrowed significantly from the 2020 loss of $1.14 billion. In addition, Twitter's total advertising engagements in the fourth quarter of last year fell by 12% year-on-year due to the difficulty of attracting user clicks, which may be affected by the platform's privacy protection of personal information.

Musk believes that taking businesses private could reduce regulatory oversight of their operations. At one point he made comments on Twitter about taking Tesla private, and was punished by regulators for it.

He suggested at the time to take Tesla private at $420 per share. This time, Musk's offer of $54.20 per share to Twitter also includes three numbers of "420."

For Musk's acquisition proposal, the market mainly has two views, one is that the acquisition is a unilateral "hostile acquisition" and threatens to withdraw from the shareholder status; the other is that Musk's offer is high enough that it is difficult for a bidder to appear.

Dan Ives, a technical analyst at brokerage Wedbush Securities, believes twitter will have a hard time rejecting Musk's bid. "Twitter's board is going to fight." Ives said, "This acquisition premium is difficult to see other bidders emerge." ”

Twitter is the most active "front" for Musk to make remarks. Musk has 81.6 million followers on Twitter, far more than the CEO of any other company. Last month, he said on Twitter that he was seriously considering creating a new social media platform.

But for now, the acquisition is also still full of uncertainty. The first is that musk has many more questions to answer about how Twitter will evolve in the future, including how to allay the concerns of Twitter employees, some of whom are reluctant to have anything to do with the often controversial manager.

Musk declined to serve on Twitter's board before launching the acquisition of Twitter, and he did not elaborate on how changes would be made to the social media company.

And from the documents of the takeover offer, Musk will use the cash to buy Twitter and has hired Wall Street giant Morgan Stanley as the financial adviser to the transaction, but he did not say where he raised the funds.

Although Musk is the richest man in the world, much of his $274 billion net worth is related to his publicly traded Tesla shares and privately held SpaceX. Tesla stock he owns is worth about $177 billion.

Speculation has come to the surface that Musk will most likely not need to sell Tesla stock, but can use them as collateral to borrow money to buy Twitter. And even if he sells the required amount of Tesla stock for Twitter, Musk still has a controlling stake in Tesla.

On the other hand, how Musk distributes his energy among the several companies he holds also determines the company's future development. His interest in Twitter, for example, could distract him from the time he spends at Tesla's factory.

It's unclear if Musk will still try to become Twitter's CEO, but twitter co-founder Jack Dorsey has lacked strong leadership after his abrupt resignation last year.

Musk's acquisition of Twitter also reflects the tech billionaires' desire to own media. Jeff Bezos, the world's second-largest tech billionaire and founder of Amazon, is the washington post's majority shareholder. He bought the then-declining newspaper for $250 million in 2013 and overhauled it to turn a profit through a fee model.

Related news
Buy nembutal powder
Wall Street investment bank downgrades Twitter rating: "Musk farce" threatens to plunge stock price by 18%
Musk spent $43 billion to buy Twitter, what else is uncertain?
Musk tweeted a veiled hint of a takeover offer for Twitter
$46.5 billion financing commitment letter arrived! Musk is considering making a takeover offer for Twitter
Sources say Twitter will accept Musk's offer of $54.20 per share
Musk's shadow shrouded Twitter: retracting, adjusting the post, and the morale of employees is increasingly low
Twitter "abandoned" by Musk
Hot news this week
Biden signed a chip and scientific bill, a video call of WeChat iOS internal test suspension window, the advanced CPU caused Win11 to be difficult to use, Huawei new machines enter...
How to regulate the "broken card" operation to crack down on electrical fraud to prevent "accidental injuries" with cards?
Musk's eyes! Lei Jun released a full -size humanoid robot Xiaomi self -developed strength explosion table
Japan has confirmed that China has overtaken the US for the first time in the world's top three indicators of scientific papers
iPad 10 will be absent from iPhone 14 conference: October appeared on Apple's last non -comprehensive tablet tablet!
The three major indexes of the US stocks opened sharply: ROBLOX fell more than 4%, Twitter and Tesla rose more than 3%
Kuaishou TOB business Yu Bing: Self -developed chips or mass production after the end of the year, the video must be turned into light industry
The global streaming media have increased the animation circuit is becoming a new "breakthrough" for Youaiteng
Meizu Pandaer Great: All products are reduced by 200 and 30 -containing mobile phone cases, heat dissipation back clamps
After selling Tesla for $6.9 billion, Musk said he was not selling it, but a survey said he was still selling it. The title of the world's richest man may not be guaranteed next ye...
The most popular news this week
The survey shows that nearly half of the US Android users consider changing Apple iPhone
New bottle of old wine! Industry insiders: No one has the best cost control than Apple
Amazon requires US regulators to withdraw votes: bypassing the company's harassment of Bezos to disturb operations
Pet dog infecting monkey acne suspected "Human Poor" American CDC Reform Control Guide
Space Launch System to Fly for First Time
Tencent's second-quarter net profit fell 56% from a year earlier to 18.6 billion yuan
Fabless customers cut back on chip orders affecting Q4 capacity utilization
Washington's suspicion of TIKTOK exacerbated: How will the Bayeon government weigh it?
Pinduoduo launched its cross-border e-commerce platform in the United States in September
Put an SSD in your phone: from 2,499 yuan