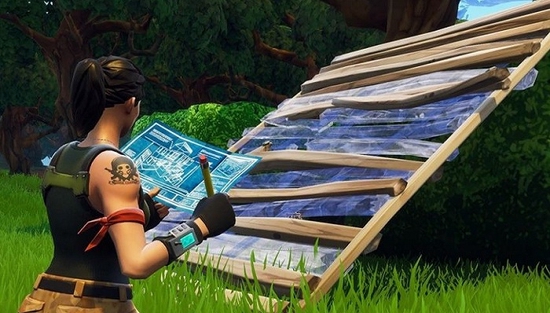 Game engines are becoming popular targets under the "metaverse" trend. On April 11, US time, game engine developer Epic Games announced that it had received a joint investment of $2 billion from Sony Group and Lego parent company Kirkbi. "This investment will realize our metacosmity vision and support Epic's continued growth." Epic Games said in a statement.

With this financing, Epic Games will be valued at $31.5 billion. Makes it more valuable than two major competitors, Unity and Roblox. As of the close of the U.S. stock market on April 14, Unity's market capitalization was $26.213 billion, and Robolox's market capitalization reached $24.897 billion. Previously, Sony and Lego have worked with Epic Games many times: Sony is investing in Epic Games for the third time since 2020 and 2021. Lego announced earlier that it would partner with Epic Games to explore the "youth-friendly" metaverse.

Epic Games not only develops its own games, but also provides 3D graphics production technology, or engine tools, to the outside world. The battle royale game it developed, Fortnite, is one of the most successful games in the world, with over 350 million users. In Fortnite, Epic Games works with a large number of cultural brands and also collaborates with pop singers to hold virtual concerts, thus building a global cultural influence. Epic Games refers to Fortnite as an early state of the "metaverse."

Unreal Engine, a commercial game engine developed by Epic Games, is a mainstream player in the game industry, and its Unreal 5 engine released this year is supported by major game developers such as Microsoft, Sony, and Tencent. In addition, Unreal Engine has also developed into film, television, industry and other fields in recent years. In the film and television industry, for example, Unreal Engine can replace the special effects production and rendering of some film shots, or build virtual scenes so that filmmakers no longer need to shoot on location, while in the industrial field, Unreal Engine can build so-called "digital twin" scenes to achieve virtual restoration of real industrial environments.

Similar to Adobe, Autodesk and other software companies, Epic Games' Unreal Engine was sold to enterprises and individual developers in the early days, charging licensing fees. But in recent years, unreal engine has been announced to be free to download, and if user-made products exceed $1 million in revenue, they will need to pay Epic Games a 5% royalty fee. In addition, users can purchase Unreal Engine's technical services from Epic Games.

In the gaming industry, the engine is the foundation on which games are built. The tools and Know-how (know-how) used by game companies to develop games, when integrated into game engines, constitute their own unique competitiveness and are the basis for the diversity of games in terms of themes and genres. Most of the major large game companies have their own engines to develop games, such as Ubisoft's Anvil engine for making the Assassin's Creed series, EA's Frost engine (representing the game has the "Battlefield" series), Tencent and NetEase have self-developed game engines.

With the rise of commercial engines such as Unreal and Unity, more large game companies have turned to commercial engines to develop games, because of the high cost of self-developed advanced game engines and the fact that the technology is too closed to facilitate external technical exchanges. So far, Square Enix, which developed Final Fantasy, and CD Projekt Red Studios, which developed Cyberpunk 2077, have announced that they will use Unreal Engine to develop games in future games.

From the perspective of the market structure, Unreal occupies the high-end game development market and attracts player groups with exquisite graphics. The Unity engine has the advantage of a low entry threshold, mainly favored by independent game developers and mobile game companies, and the popular "Original God" and "Glory of the King" and other games are developed based on Unity. In China, there are also a number of local game engine startups, such as Cocos, Egret Engine, etc., each with a certain market share in the market segment.

Around the engine as the core, Epic, Unity and other companies have created a sound ecosystem. Epic used Unreal Engine to develop games, sell engine licenses, and tap into game sales platforms. In addition to the game engine-related business, Unity also integrates online advertising, enterprise tools, etc. into the engine, providing customers with a complete set of game development, operation and monetization services.

As the main implementation form of the concept of "metaverse" in the Internet virtual space, 3D game engines such as Unreal and Unity are gaining favor among investors. Take Sony's multiple investments in Epic, for example, and the game business is its main cash cow. According to the fiscal year 2021, the operating profit of the gaming and network services business is expected to be 345 billion yen. It is the largest of the six major businesses, accounting for about 30% of the total. Sony CEO Kenichiro Yoshida said: "As a major premise of the meta-universe, games need to bring together people. Games are becoming an incentive for people to come together. On April 10, after Cocos completed a $50 million Series B financing, it claimed to expand the automotive, education, XR, home design and other scenarios.

Related news
After Sony and Microsoft, Epic Games also announced its exit from GDC 2020
Analyst: Epic Games vs. Apple makes it harder for developers to win against Google
The Epic Games store will be available in the Microsoft App Store in the next few months
Apple asked the court to stay part of the injunction in the Epic Games lawsuit
Support EPIC GAMES Microsoft: If you don't stop Apple now, you will only get more serious
Sony, Lego parent company invested heavily in Epic Games, how did the game engine business grow?
Epic Games and Match Group file additional antitrust suit against Google
Once again! Epic Games has filed an appeal in an antitrust case against Apple's App Store
Hot news this week
With the NIL technology, Canon wants to provide China with a lithography machine comparable to the EUV
Genius hacker Geohot promised Musk 12 weeks to fix Twitter search, but posted for help because he wouldn't react
Google's parent company is planning to cut tens of thousands of jobs
The Long March 9 is basically confirmed: the low-orbit carrying capacity of 150 tons can carry the entire space station into space
A small plane in the US has crashed into a 30-metre high voltage power line and got stuck: 80,000 people affected
Alibaba launched a new cross-border e-commerce platform in Spain, aiming to operate independently in the middle and high-end market
Google is concerned that Microsoft's acquisition of Activision Blizzard will affect the ChromeOS experience
Can recording others' wechat chat records be used as evidence? The Beijing Internet Court has an answer
The second generation Snapdragon 8 flagship! Mi 13 toughened film appeared: four sides and other narrow screen accounted for a stable ratio
A Tesla crashed into two cars in Taizhou, Zhejiang province, killing two and injuring one, police said
The most popular news this week
Eggs don't fit in one basket: Some of the Snapdragon 8 Gen2 is manufactured by Samsung
128 core 256 threads! AMD Zen4c is here: Arm is cornered
Breaking the spell of "Android 3 year must card", the new Breguet mobile phone will be sold for the first time tomorrow: from RMB3499
Be careful with your phone for a long time! The aunt played with her mobile phone so much that her fingers got stuck
More conscientious than Google, the OnePlus promises a 4-year upgrade: Android 17 beckons
What do Chinese teenagers do online? It's comforting to be third and first in gaming
Tmall sought 500 million yuan in loans from ofo affiliates and Dai Wei
Tencent Holdings: bought back 36,200 shares at a total cost of HK $10.606 million
Tuniu's third-quarter revenue fell 32% from a year earlier to 7,790 yuan
Xiaomi 13 press conference new product summary: In addition to the phone there is a monster new