Intel 56 core new U first exposure: the frequency is only 3.3GHz, power consumption of 420W

The processor market will be very lively in the second half of this year. On the desktop side, there is AMD Zen4 architecture Ryzen™ 7000, Intel 13th generation Core, and server data has AMD Zen

Intel's new Xeon code name Saphire Rapids, using a similar Intel 7 manufacturing process and Golden Cove architecture to the 12th generation Core, up to 60 cores and 120 threads, but only 56 cores and 112 threads are turned on, supporting DDR5 memory and PCIe 5.0 bus.

We've heard a lot of news about it before, and the official has also released photos of the kernel. Now, for the first time, I finally see the specific specifications. 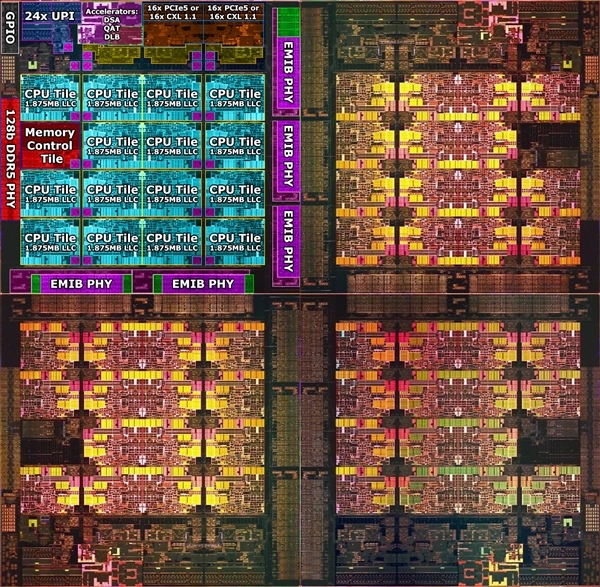 The reference frequency is only 1.7GHz, the acceleration frequency is 3.3GHz, and the single core can reach up to 3.7GHz. 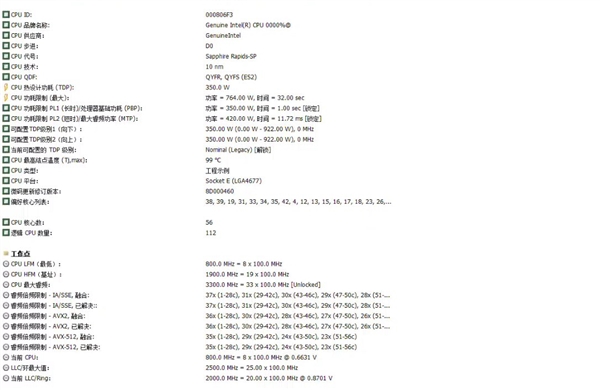 It is worth mentioning thatIntel is also preparing a version that integrates up to 64GB of HBM2 memoryAMD, on the other hand, is trying to integrate up to 512MB of 3D V-Cache stack cache in the existing Dragon 7003 series.

Sapphire Rapids was originally scheduled to be released last year, but it has been repeatedly postponed, and it is currently expected that the fastest will be the end of this quarter. 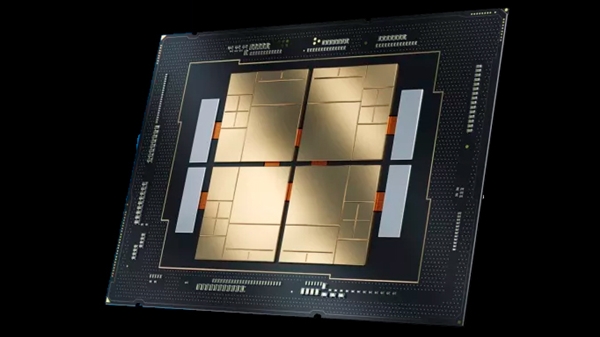 Related news
14nm is not dead! Intel shipped 15W Comet Lake-U series in November
Detailed specification of AMD Ruilong 4000U, Sulong 3000u and Ruilong 4000H: eight core pressure to 15W
This specification of Intel 10nm 45W game divulges 8-core 5.0ghz
5.5GHz is unprecedented! Intel Chicken Blood God U officially released: the price is going crazy
Intel 5.5GHz Chicken Blood God U Running Score First Exposure: Single/Multi-Core Crush All!
5.5GHz sells for more than 6,000 yuan? Intel officially announced the release of Chicken Blood God U
Intel 56 core new U first exposure: the frequency is only 3.3GHz, power consumption of 420W
56 Core 350W power consumption! Intel 7 crafts new U exposure
Hot news this week
Biden signed a chip and scientific bill, a video call of WeChat iOS internal test suspension window, the advanced CPU caused Win11 to be difficult to use, Huawei new machines enter...
How to regulate the "broken card" operation to crack down on electrical fraud to prevent "accidental injuries" with cards?
Musk's eyes! Lei Jun released a full -size humanoid robot Xiaomi self -developed strength explosion table
Japan has confirmed that China has overtaken the US for the first time in the world's top three indicators of scientific papers
iPad 10 will be absent from iPhone 14 conference: October appeared on Apple's last non -comprehensive tablet tablet!
Kuaishou TOB business Yu Bing: Self -developed chips or mass production after the end of the year, the video must be turned into light industry
The three major indexes of the US stocks opened sharply: ROBLOX fell more than 4%, Twitter and Tesla rose more than 3%
The global streaming media have increased the animation circuit is becoming a new "breakthrough" for Youaiteng
After selling Tesla for $6.9 billion, Musk said he was not selling it, but a survey said he was still selling it. The title of the world's richest man may not be guaranteed next ye...
Meizu Pandaer Great: All products are reduced by 200 and 30 -containing mobile phone cases, heat dissipation back clamps
The most popular news this week
The survey shows that nearly half of the US Android users consider changing Apple iPhone
New bottle of old wine! Industry insiders: No one has the best cost control than Apple
Amazon requires US regulators to withdraw votes: bypassing the company's harassment of Bezos to disturb operations
Pet dog infecting monkey acne suspected "Human Poor" American CDC Reform Control Guide
Space Launch System to Fly for First Time
Tencent's second-quarter net profit fell 56% from a year earlier to 18.6 billion yuan
Fabless customers cut back on chip orders affecting Q4 capacity utilization
Washington's suspicion of TIKTOK exacerbated: How will the Bayeon government weigh it?
Pinduoduo launched its cross-border e-commerce platform in the United States in September
Put an SSD in your phone: from 2,499 yuan