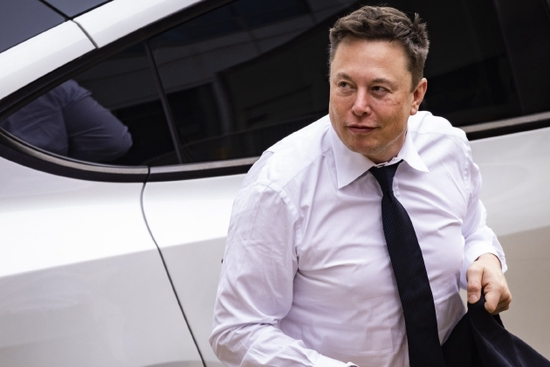 Sina Technology News Beijing time on April 26 morning news, according to reports, the world's Richuron Mask (Elon Musk) and Twitter reached a total of $ 44 billion in privatization, solving whether the Twitter board will agree to this leverage This key issue.

However, Mask has still had a mystery to be solved: how he has funded his personal guaranteed $ 21 billion equity finance.

Mask said Twitter will guarantee $ 13 billion bank financing, and $ 12.5 billion will provide some pledge support through his $ 170 billion Tesla stock. But he has always been a deep source of funds.

According to the Bloomberg billionaire index, Musk net assets, the world's richest man, reached $ 257 billion, so he could almost get the money. However, it is estimated that his current cash is only about $ 3 billion and some mobile assets.

So his current choice is left left:

Mask can find investors with their own confidimentation agree with his investors who have a Twitter vision, and privatize Twitter. This means that equity financing will be part from new or existing Twitter shareholders.

He has already implicit this way. After issuing an acquisition to Twitter, Mask has said in the TED meeting, "As long as the law allows, I am willing to keep as many shareholders as possible."

US private companies usually limit the number of shareholders to 2,000 people, so most retail shareholders cannot continue to hold Twitter shares after the privatization is completed.

However, the large shareholders of Twitter, Jack Dorsey, such as shareholders, if they recognize Mask's vision, may choose to continue to hold their own shares. The Twitter shares held in Doyi have nearly $ 1 billion. Before there was reported that Masque is looking for equity partners, but also continues to negotiate with other potential joint investors.

But on the other hand, Musk's statement on TED's "not care about economic interests" may make some potential investors discourage.

Even if Mask cannot find other equity investors, he can still complete financing independently with Tesla stocks he hold.

According to Tesla on Monday, after agreed to use Tesla stock to get a $ 12.5 billion margin loan, Mask still has a Tesla stock that is worth approximately $ 216 billion. If he chooses for sale, the returns after tax return can basically cover the amount of his commitment, but it is largely dependent on the specific sale price.

There is a series of risks in this way. First, if the market is worried that Mask sells Tesla stocks, it will further constitute a pressure on Tesla stock prices. The stock has fallen about 8% since the beginning of the month.

Although he can also sell the stocks of two private companies, SpaceX and the Boring Company, because of their poor liquidity, it is unlikely to happen.

Another possibility that Mask's actual wealth exceeds the calculation of the Bloomberg Billionaire Index.

The Bloomberg Billionaire Index estimates the cash held by Musk based on public transaction records and news reports, but the information on its private financial situation is very limited. For example, if his investment portfolio win the market, then Musk's actual wealth will exceed the calculation of the Bloomberg billionaire index. If so, he may not need a new source of funds to cover the $ 21 billion gap.

Masque said in July last year, he holds a Bitcoin, with a taro and dog coins. Although the quantity and time he hold, the first two encrypted currencies have risen by about 720% and 2600% since March 2020, and there is a daily increase of about 90% in the same period of the standard Pohtine 500 index. Dog currency has agreed to the acquisition of Twitter by about 30% in Mask.

Related news
How i got back my Lover
¶∆¶+2348034806218¶∆¶HOW TO JOIN ILLUMINATI FOR WEALTH, FAME,
HOW TO JOIN ILLUMINATI +27717917137whatsapp
Mask acquired Twitter Mystery: How to make up $ 21 billion fund gap?
Hot news this week
Kuaishou launched a self-developed cloud intelligent video processing chip: The chip has been streamed successfully
Ministry of Public Security: Single telecommunications network fraud continues to cause 40 % of all electrical fraud cases
Special price "kill ripe"? Bike-sharing platforms have different prices for the same package for different users
A tech company in Shanghai has been fined 220,000 yuan for swiping orders to improve its ranking on Yelp
Text message color, picture quality compression! Google calls out Apple for improving cross-device messaging
Alibaba: Shareholders SoftBank will settle in advance for advanced payment in advance involving a maximum of about 242 million ADR
It is also the collapse of the mine card: NVIDIA graphics card plummeted, AMD graphics card increases against the trend
Gaming phones also have optical shake protection: a 50-megapixel large-background master camera on the Rescuer Y70
Musk's eyes! Lei Jun released a full -size humanoid robot Xiaomi self -developed strength explosion table
Biden signed a chip and scientific bill, a video call of WeChat iOS internal test suspension window, the advanced CPU caused Win11 to be difficult to use, Huawei new machines enter...
The most popular news this week
Economic Daily: US Chip Act will not stop China Chip!
Because of violating consumer law, Google was fined about 288 million yuan
Global e-commerce revenues may shrink for the first time
Apple's M2 processor is coming down: The iPad Pro 2022 is scheduled to ship in October
Are the suitcases hot? Meteorologist alert, the climate crisis is here!
Has been taken 4 pins, the new crown vaccine, the American Pfizer CEO is positive: taking special effects medicine
A fire broke out in Nintendo Japan headquarters, and the news said that it was caused by the charging electronic device
YouTube has been revealed as early as this fall to launch an online store to support streaming platform subscriptions
Video game company Unity rejected AppLovin's $17.5 billion takeover offer
Huawei Mate 50 series first emergency mode: can make phone calls and scan when the battery is exhausted