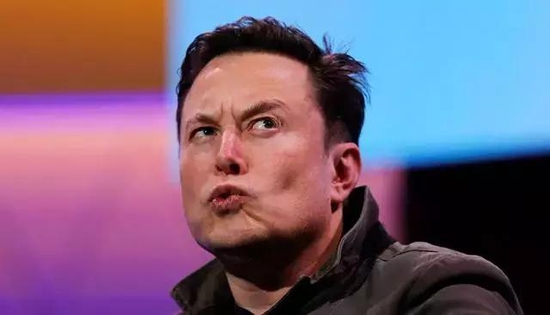 Sina Technology News On the morning of April 28, Beijing time, investors reportedly worried about whether Elon Musk would be able to complete a $44 billion privatization deal on Twitter, causing the stock to hit a new low since the deal was announced on Wednesday.

Investors are concerned that Musk may not have enough money to pay the $21 billion portion of the cash and may decide not to sell some tesla stock to complete the deal.

Musk has precedents for giving up on similar things. Earlier this month, he decided at last minute not to join Twitter's board. He also tweeted in 2018 that tesla's $72 billion privatization deal was "funded," but ultimately did not push ahead.

In addition, if Musk gives up halfway, he will only have to pay a $1 billion breakup fee. For such a world richest man with a net worth of $240 billion, the money is not worth mentioning.

"To complete this deal, there will be a lot of public opinion risk to overcome in the next 6 months." Chris Pultz, M&A arbitrage portfolio manager at investment firm Kellner Capital, said.

In this regard, a Musk spokesperson has not yet commented on this.

Twitter shares fell 2.09 percent in regular trading on the New York Stock Exchange on Wednesday to close at $48.64, a sharp discount from $54.20. According to Reuters calculations, this indicates that the probability of the deal completing is only 62%. Investors believe that because Musk has no other media companies and is unlikely to face antitrust scrutiny, the 62% probability of completion is relatively low.

Fears that Musk could sell Tesla shares to fill the $21 billion Twitter privatization deal gap caused the electric car maker's stock price to plunge 12 percent on Tuesday, wiping $126 billion off the market value. The stock edged up 0.58 percent on Wednesday to close at $881.51.

To calm market sentiment, Musk may disclose the details of his equity financing, or it may be possible to find partners to pay with him to fill the funding gap. But some fund managers say bringing in partners also has the potential to introduce new risks, taking into account their identities.

Roy Behren of Westchester Capital Management, who manages $5.4 billion in assets, said the $1 billion break-up fee wasn't enough for Musk to think twice before deciding to terminate the deal.

"Judging by his net worth and the size of the deal, the break-up fee is unimaginably low." Belen said.