Microsoft will release Win11 22H2 in the second half of this year, and the new system will come with a new task manager.

The task manager is based on the current task manager, and in a recent webcast, Microsoft analyzed the design and functionality of the new task manager and explained why it abandoned the tab-based interface and the use of hamburger menus. 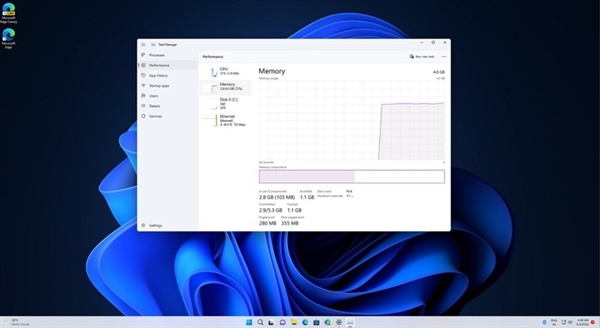 Microsoft explained,The reason for using the Hamburg menu is to expect the task manager to follow the modern UI framework and the design principles of Win11.In the new system, many of the interfaces are concise, and Microsoft wants Task Manager to do the same.

The new Task Manager uses the Hamburger menu to simplify the interface switching steps and align the functional area with the appearance and operation logic of Win11. After clicking on the hamburger menu, you can flip through different function pages, or use the shortcut key "Ctrl+Tab" to achieve this, and the new design is very keyboard-friendly.

Microsoft hopes thatUsers can use the most commonly used commands to take advantage of the empty space at the top of the application.

In the new Task Manager, the original top tab section now contains the common operations required by the Task Manager.People can create new tasks or run tasks without having to open additional menus, and the commands at the top are already showing the relevant options. 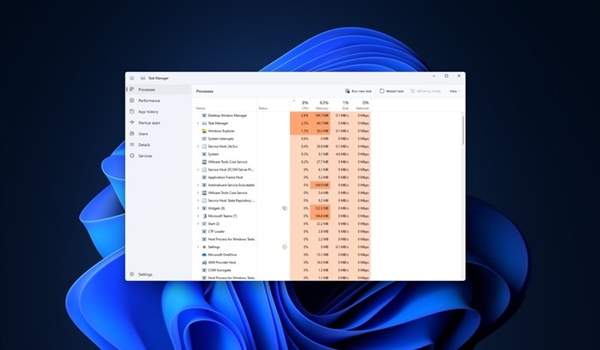 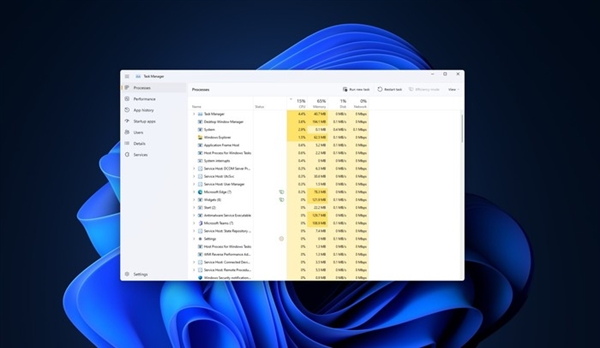 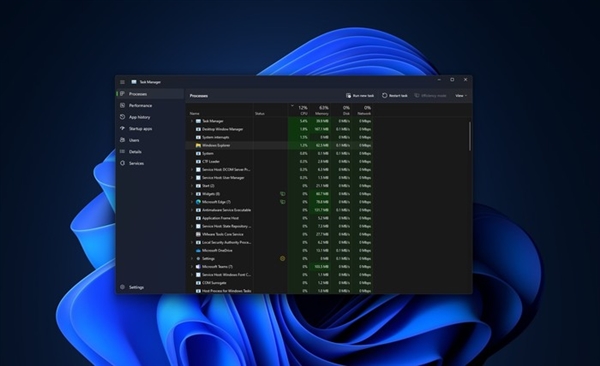 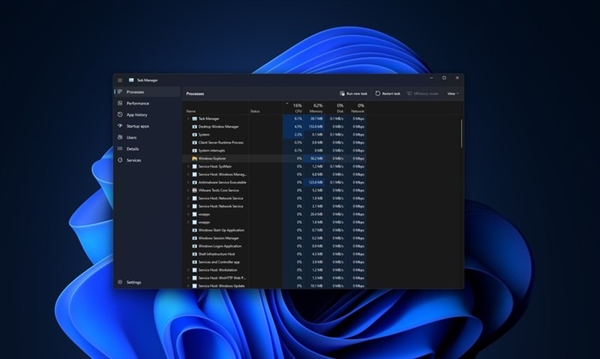 Another obvious change to the new version of Task Manager is the new settings page, which can be used to switch between dark/light modes, as well as the default landing page.

In terms of icons, Microsoft decided to replace the abort icon with a pause icon to reduce confusion. 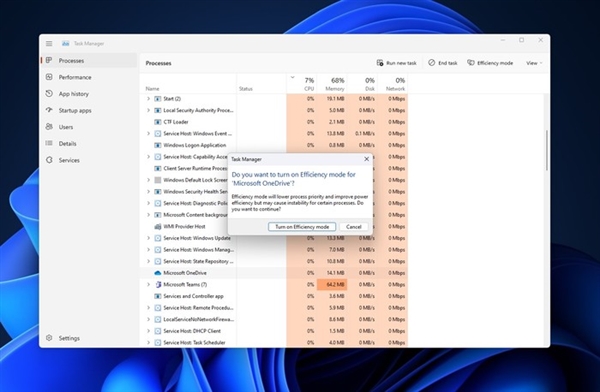 Microsoft says that when using Windows, it is common to see specific processes or applications that use a lot of resources (CPUs). In the past, there was always only one option, and that was to terminate it through task manager; now, you can use the efficiency mode, which not only can throttle CPU resources, but also improve UI responsiveness.

It is understood that the new task manager can only take advantage of the efficiency mode to reduce resource consumption in CPU-intensive processes, but Microsoft is also exploring the mode's support for memory and network-intensive processes, which may be implemented in future releases. 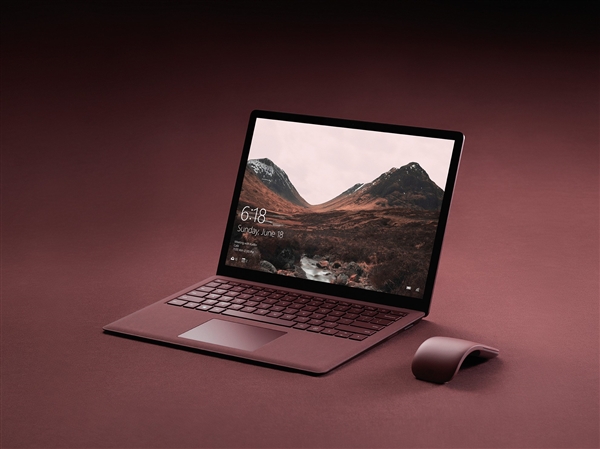 Related news
NVIDIA and Intel release win11 driver! Win11 game features exposed
New generation game artifact talk about win11 game features
Win11 new features at a glance! Taken on a new look
Win11 refused to Win11 three reasons a trick teach you perfect retention Win10
Native support for ARM 64! Win11 Third-Party file manager online new version
The interface is new! Win11 new task manager hands-on experience
The 2022 Win11 update has not yet reached the 2023 Win11 news
Win11 new file manager is remnant: the label experience is convenient
Evolution is huge! Win11 new task manager feature parsing
Hot news this week
During the quarter, we signed a multi-year intellectual property patent licensing agreement with a major licensee. This positive result enables us to obtain more 5G patent licensin...
Win10 digital version will be discontinued: free whitewash is still available Microsoft has not been under the dead hand for 7 years
Microsoft posted $17.4 billion in non-GAAP net income on revenue of $52.7 billion in the second quarter of fiscal 2023
YouTube complained about: using offline return-to-work policy to illegally block contract workers from unionizing
India receives Radio Signals from Galaxies 9 billion light-years Away Astronomers: Aliens not involved
Beautiful country semiconductor ushered in the winter, US high enterprises inverted, our country market doesn't buy it!
Cybertruck skipped tickets again! Mass production of Tesla electric pickup truck will not wait until 2024.
Apple will relax measures to deal with COVID-19 's epidemic and encourage employees to go back to work
Huawei P60 Pro latest configuration chart revealed: variable aperture and satellite communications are on the list
Intel: 14 generations of Core in the second half of the year, and build a new architecture from zero next year.
The most popular news this week
ChatGPT after global explosion: Baidu announces similar AI service to be launched in March
Lei Jun announced the first major event at the beginning of the year: it is critical to Xiaomi!
Carry the cauldron! Three out of ten divorces are linked to one partner's addiction to their mobile phone, research suggests
The iPhone is No. 1 in China! Why do people prefer Apple to Android?
China develops starch and protein synthesis technology for corn stover: Costs drop dramatically
Technology tree point crooked? Toyota's new patent: hold the door handle can be sterilized
Eight satellites in eight hours! China rushed to Venezuela's relief efforts
Apple bet on mixed reality, but the selling point of the product is not enough.
Baidu is reported to launch an AI chat robot service similar to ChatGPT in March this year.
The most powerful SSD becomes the last song Intel retired Aoteng hard disk: 6 years of performance is still leading