GAN's father, Ian Goodfellow, left Apple: I don’t want to return to the office to work

For Apple, the departure of Ian Goodfellow has a lot of losses to the company.

According to The Verge, Ian Goodfellow, director of Apple Machine Learning, resigned for three years after joining the company, partly because Apple's policy on returning to work in the office. In an email for employees, Goodfellow confirms the news that is about to leave. 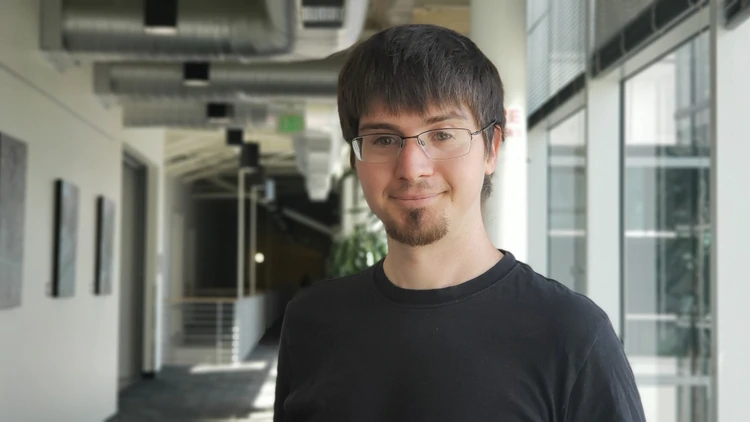 Although the official reason for leaving is unclear, Goodfellow did admit that Apple's policy for Apple to return to the office in the email is part of the reasons for his resignation.

But this request to return to the office office has aroused the dissatisfaction of Goodfellow. He said: "I firmly believe that for my team, greater flexibility is the best strategy."

Of course, in addition to Goodfellow, there are other Apple employees who oppose return to the office plan. A survey of a few employees found that many Apple employees are looking for new job opportunities. The reasons for their departure include returning to the office policy, the possibility of infection with new coronary viruses, dissatisfaction with corporate culture, and unable to achieve work and living balance.

Not long ago, a group of employees said in a letter from Apple CEO Tim & Middot; Cook: If there is no tolerance brought by flexibility, we think we must choose between life and work. We may continue to be part of Apple and may leave. This is a decision that we will not make easily, and it is also a decision that many people do not want to make.

According to the personal data of GODFELLOW on LinkedIn, he joined Apple in March 2019 as the machine learning director of the special project team. However, his profile has not been updated with departure. Previously, Goodfellow was a senior researcher in Google. 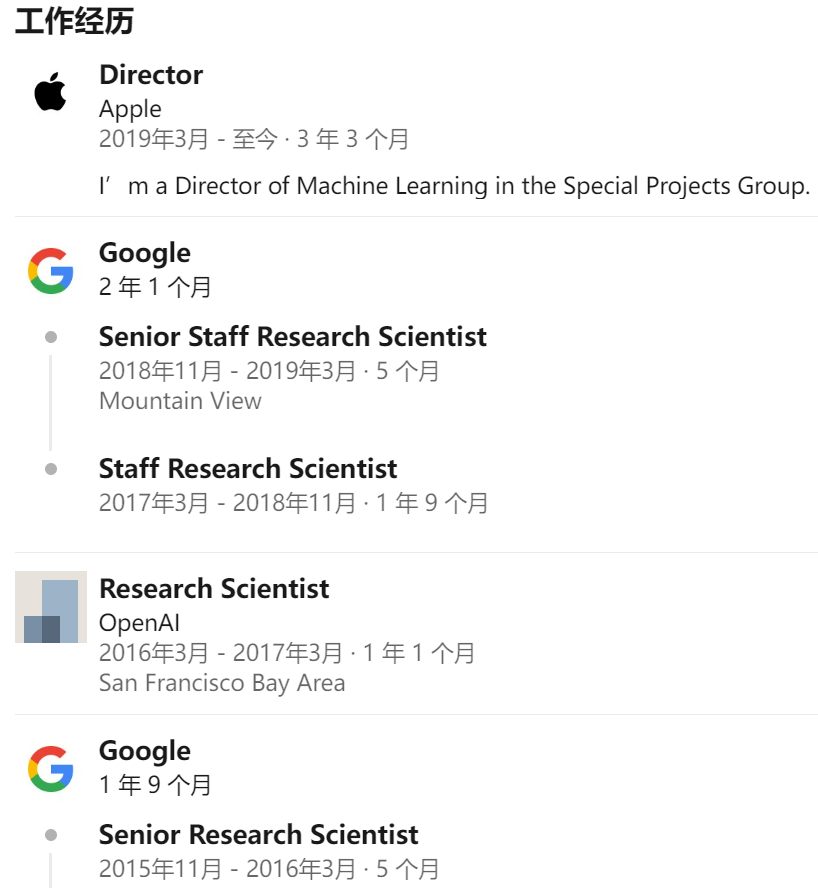 Ian Goodfellow is one of the young scholars who have attracted much attention in the field of machine learning. Bachelor and Master's degree study at Stanford University, from Wu Enda, and the doctoral stage follows the famous scholar of the University of Montreal Yoshua Bengio to study machine learning.

His most striking achievement was to propose generating a confrontation network (GAN) in June 2014. This technology has become the hottest topic of the machine learning industry in recent years, and the papers related to GAN have been emerging. GAN has become the research direction of many scholars.

GAN contains two neural networks: the generator and distinction of new data instances and distinguish between the generator create fake data from the real data. These two neural networks challenge each other through increasingly realistic and fake data, optimize their strategies until it is difficult to distinguish between generating data and real data.

In the past for a while, GAN has made major breakthroughs in the field of image generation. Now it can generate highly realistic synthetic images such as animals, landscapes, and face. For example, a website that can synthesize face: ThispersondoesNotexist.com. 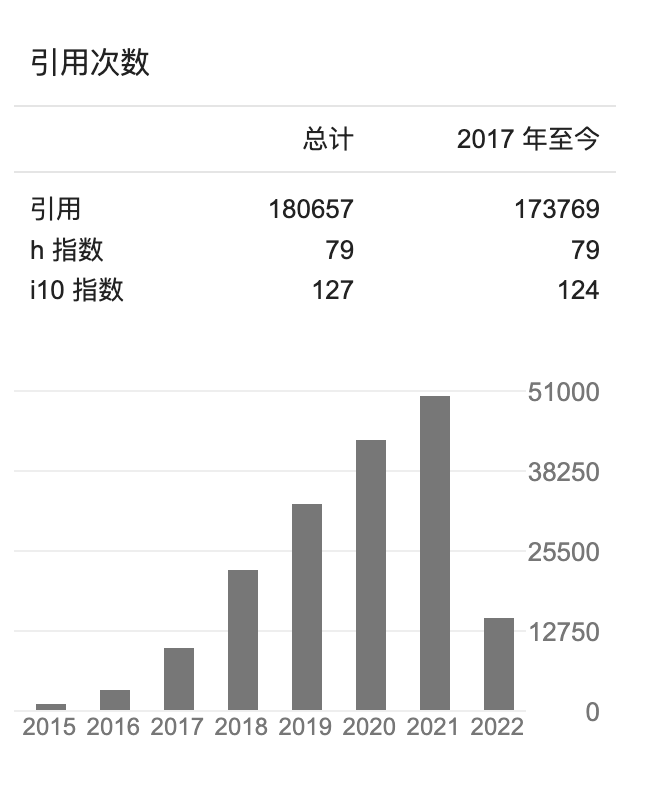 Figure: A few works with the highest references (the second is a book)

In 2016, Ian Goodfellow, Yoshua Bengio, Aaron Courville and others launched the famous artificial intelligence basic book "Deep Learning", which has been listed as a must -read content in the field of machine learning. 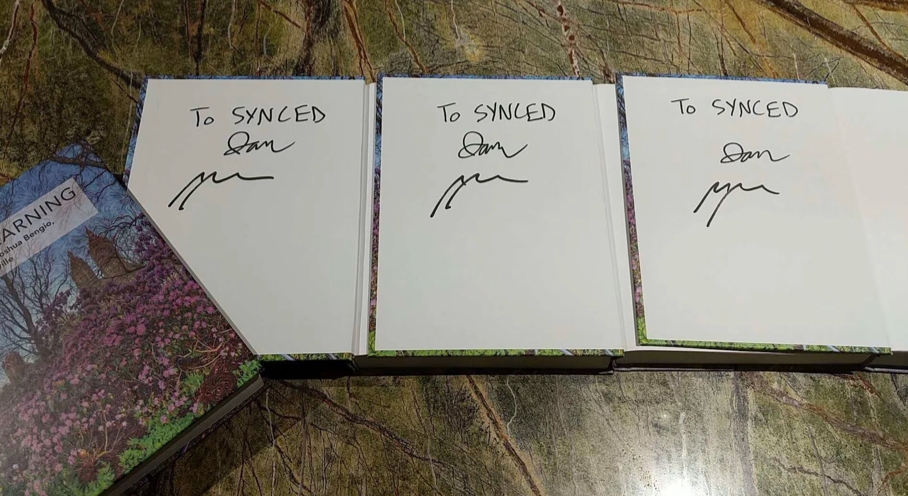 However, after joining Apple, it may be required by the company. Ian Goodfellow's papers and academic exchanges published by the public are not particularly many. It can be said that it has been silent for a long time.

Ian Goodfellow does not know where the next stop will go after leaving Apple.

Related news
471,000 US dollars, Apple I, Apple's first-generation computer, is bidding high prices again
Lei Jun Sun Xiaomi GaN Charger 65W: One for all common equipment
This AI "master" simple stroke level, amazing to netizens: actually do not use Gan
+2349025235625 I want to join occult for money
GAN's father, Ian Goodfellow, left Apple: I don’t want to return to the office to work
Hot news this week
The developer of the dating app Tinder has reached an agreement with Google over billing rules for its app store
Red Elf Lightning erupts in the Himalayas Spectacular Spectacle: Experts Reveal What Exactly Is This?
The founder of the Internet Quick Hand Su Hua was taken away for investigation, and the fast hand responded: the news was not true
Or for Studio Display Pro, the release of Apple's 27-inch Mini LED-backlit Display has been delayed by October
One picture to understand! Blue Factory has issued 3 new machines in a row: self-developed chip blessing, the narrowest lower border
Huawei and the Chinese Academy of Sciences jointly developed the new 3D DRAM solution is expected to break through the key root technology of storage
Tencent established a smart technology company in Chengdu, and its business scope includes Internet data services
I once touched the ceiling of the mobile phone screen! Well-known brands announced that the new flagship is the first to carry the Snapdragon 8+
Or has it been spread insidiously in Communities in Europe and the United States: Should We Be Worried About Monkeypox? Experts demystify
Economist credit card monthly bill $11.4! Only paying for a purchase of Tencent Music, the account manager is busy "condolences"
The most popular news this week
Pinduoduo Q1 revenue of 23.8 billion increased by 7% Technology and agricultural strategy into a dual engine
Musk: Tesla peripheral products can be purchased with Dogecoin
Luo Dayou Sun Yanzi brushed the scenes behind the screen and Tencent began to grab traffic again
Pinduoduo revenue in the first quarter of 23.8 billion increased by 7% year -on -year
Chinese stocks closed mostly up on Friday, Pinduoduo rose more than 15% Kingsoft Cloud rose more than 7%
Expert: Concerns that emojis cause expression to feel less susceptible may be exaggerated
The Changwu B rocket arrives at the Wenchang launch site and will launch the Wentian Experimental Module of the Chinese space station in July
The DuckDuckGo browser was found to have quietly allowed Microsoft to track it
Pinduoduo released the first quarter report, with a revenue of 23.8 billion yuan, starting the technology flow
Can air disinfection stick kill 99.9%coronary virus? Experts: Several levels of concentration are different